Petitions of the week: “Bad Spaniels,” false testimony and more 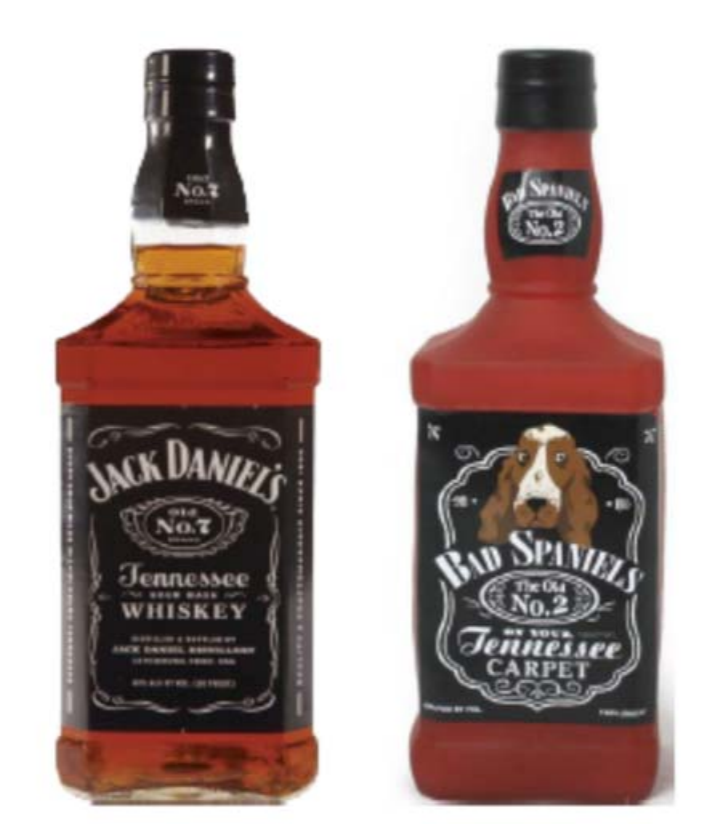 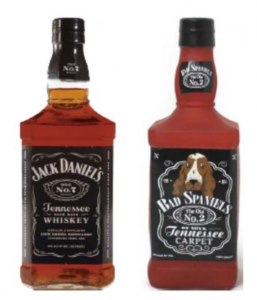 This week we highlight cert petitions that ask the Supreme Court to decide, among other things, how humor affects trademark liability and the extent of a prosecutor’s duty to correct false testimony.

Jack Daniel’s Properties Inc. v. VIP Products LLC is a trademark case between the Tennessee whiskey distillery and an Arizona company that produces chew toys for dogs. In addition to selling liquor, Jack Daniel’s licenses its trademarks. VIP Products sells chew toys that combine alcohol and soda brands with bathroom and dog humor. Among the company’s merchandise are bottle-shaped toys bearing logos such as “ButtWiper,” “Heini Sniff’n” and, in this case, “Bad Spaniels.” VIP Products did not get a license from Jack Daniel’s before using the spoofed logo. Jack Daniel’s sued under the Lanham Act for trademark infringement and dilution, but the U.S. Court of Appeals for the 9th Circuit ruled in favor of VIP Products. On infringement, the 9th Circuit determined that VIP Products’ humor makes the dog toy expressive and protected under a heightened First Amendment test. On dilution, the 9th Circuit ruled that the humorous message makes the use “noncommercial” and therefore excluded from dilution liability. In its petition, Jack Daniel’s argues that lower courts are split about liability for humorous uses of trademarks and asks the justices to review both aspects of the 9th Circuit’s decision.

In 1963’s Brady v. Maryland, the Supreme Court ruled that, in criminal prosecutions, the government must hand over all exculpatory evidence to the defendant. Since then, lower courts have split on whether the government violates due process if it knowingly relies on false testimony in a criminal trial — so long as it properly divulged the evidence during discovery. Mitchell Stein, a publicly traded company’s in-house counsel, was convicted of fraud for a scheme to inflate the company’s stock prices. As part of the government’s evidence that Stein had made up purchases and purchase orders for three press releases, two company witnesses testified that they had never received any documentation substantiating Stein’s allegedly “phantom” orders. However, within the 1.75 million pages of documents that the government procured during its investigation were an email, check and deposit slip showing that the two witnesses had in fact received information about Stein’s orders. The U.S. Court of Appeals for the 11th Circuit determined that a due process violation did not occur because the government had not suppressed evidence showing the falsity of the witnesses’ testimony. In Stein v. United States, Stein asks the justices to hold that a prosecution’s use of false evidence is not excused simply because it disclosed proof of the falsity.

Gibson v. Securities and Exchange Commission
20-276
Issue: Whether Congress has implicitly stripped federal district courts of jurisdiction to adjudicate separation-of-powers challenges to the authority of the Security and Exchange Commission’s administrative law judges to preside over enforcement proceedings.

Bass v. Greve
20-283
Issues: (1) Whether Officer Austin Bass had probable cause to arrest under the Fourth Amendment when the suspect admitted to trying to enter a closed and locked building, breaking a door handle in the process, but offered a questionable claim of an innocent mental state when explaining his behavior to Bass; and (2) whether, even if there was no probable cause to arrest Patrick Greve for any offense, Bass was entitled to qualified immunity because the law was not clearly established in this regard.

Stein v. United States
20-326
Issue: Whether the due process clause excuses the government’s knowing use of false testimony in a criminal prosecution so long as the government divulged evidence during discovery indicating that the testimony was false.

Arctic Cat Inc. v. Bombardier Recreational Products Inc.
20-355
Issue: Whether the U.S. Court of Appeals for the Federal Circuit erred in holding that “notified of the infringement” and “such notice” under 35 U.S.C. § 287(a) refer only to communications from the patent owner.

Jack Daniel’s Properties Inc. v. VIP Products LLC
20-365
Issues: (1) Whether a commercial product using humor is subject to the same likelihood-of-confusion analysis applicable to other products under the Lanham Act, or must receive heightened First Amendment protection from trademark-infringement claims, where the brand owner must prove that the defendant’s use of the mark either is “not artistically relevant” or “explicitly misleads consumers”; and (2) whether a commercial product’s use of humor renders the product “noncommercial” under 15 U.S.C. § 1125(c)(3)(C), thus barring as a matter of law a claim of dilution by tarnishment under the Lanham Act.

Trump v. New York
20-366
Issues: (1) Whether a group of states and local governments have standing under Article III of the Constitution to challenge a July 21, 2020, memorandum by President Donald Trump instructing the secretary of commerce to include in his report on the 2020 census information enabling the president to exclude noncitizens from the base population number for purposes of apportioning seats in the House of Representatives; and (2) whether the memorandum is a permissible exercise of the president’s discretion under the provisions of law governing congressional apportionment.