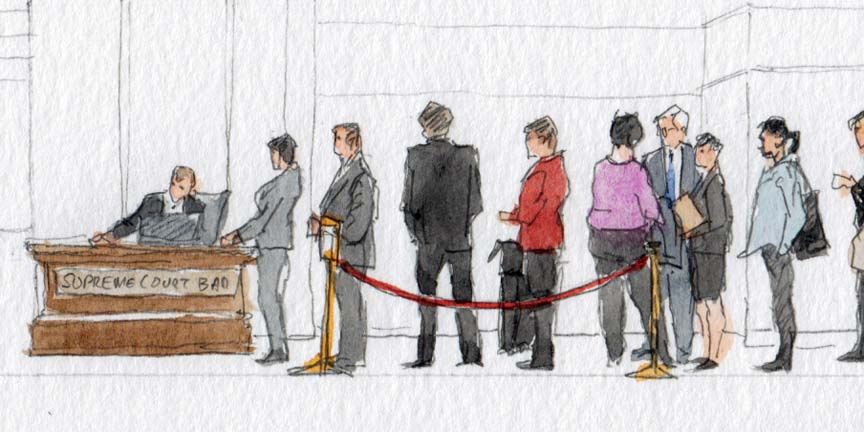 This morning the Supreme Court rounds out its December sitting with an oral argument in Gamble v. United States, which asks whether the Supreme Court should overrule the “separate sovereigns” exception to the double jeopardy clause that allows a defendant to be prosecuted for the same crime in both federal and state court. Amy Howe had this blog’s preview, which was first published at Howe on the Court. Garion Liberti and Tayler Woelcke preview the case at Cornell Law School’s Legal Information Institute. Nina Totenberg reports for NPR that “[t]he case has attracted extra attention because of President Trump’s comments that he could possibly pardon his onetime campaign chairman Paul Manafort and other Trump associates who have been — or could be — convicted in prosecutions brought by [Special Counsel Robert] Mueller.” At Bloomberg Law, Jordan Rubin reports that “the extent to which a decision in Gamble’s favor would actually benefit any Trump associates is far from certain.” Additional coverage comes from Steven Mazie at The Economist’s Democracy in America blog and Bill Lucia at Route Fifty.