Courtroom access: Dreaming of a spot in the courtroom 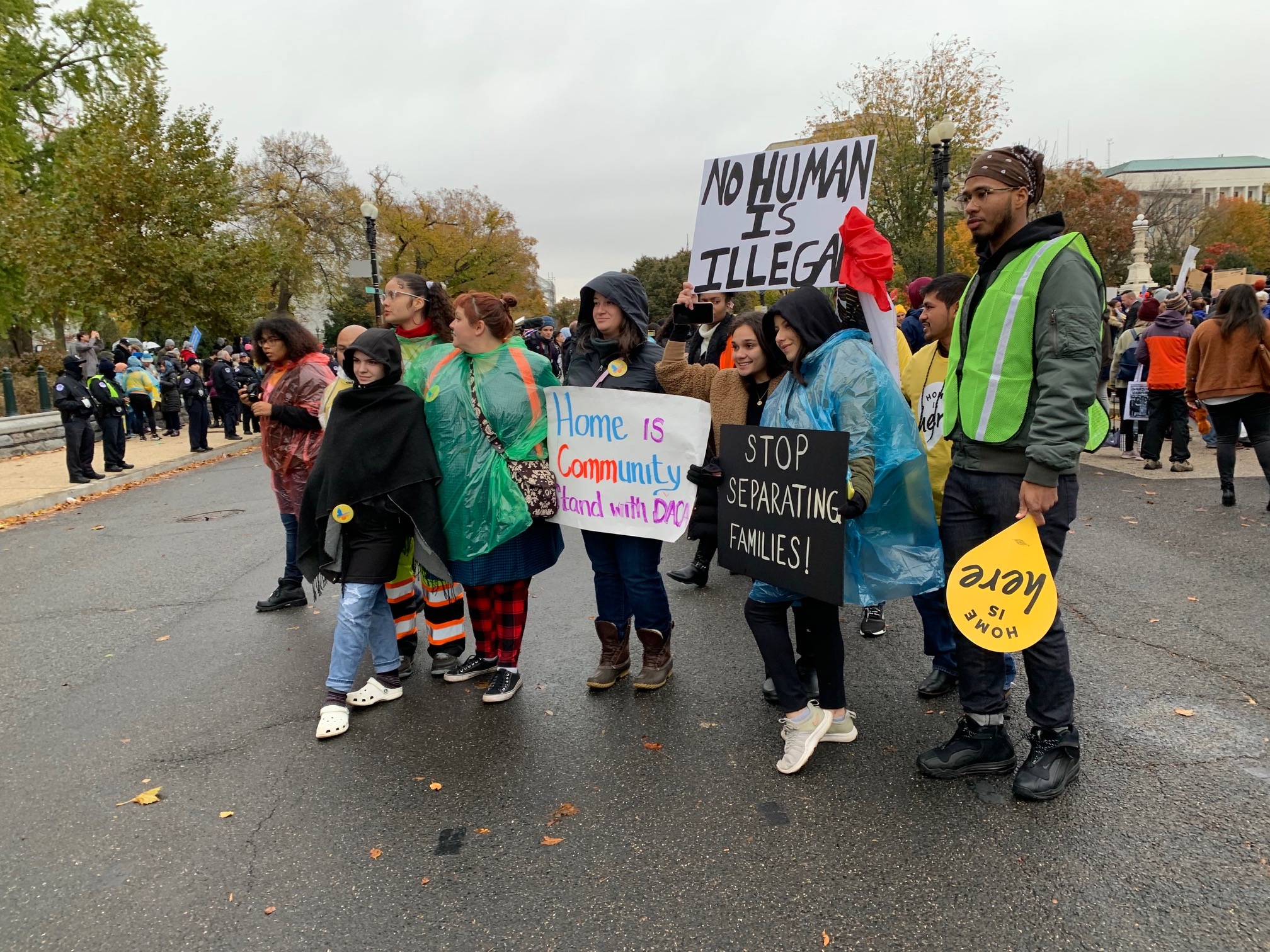 Over 700,000 young adults who were brought to the United States without documentation have obtained protection from deportation through the Deferred Action for Childhood Arrivals program, known as DACA. The Supreme Court sets aside approximately 50 seats at oral arguments for members of the general public. With 48 hours to go before the oral argument on Tuesday, November 12, in the challenge to the Trump administration’s decision to end DACA, all 50 of those public seats were already effectively spoken for. That left others who had arrived a full day before the hearing, some of whom came from across the country, to hope that more seats would be available.

For high-profile cases, it’s not unusual to find line-standers in the public line at the Supreme Court. In 2013, Hollywood director Rob Reiner reportedly paid someone $6,000 to wait in his place for over four days so that Reiner could be first in line to hear the oral argument in the challenge to California’s ban on same-sex marriage. But the group of 30 people who were first in line when they arrived on Sunday morning was made up of a different kind of line-stander. It was an all-volunteer force, organized by the National Immigration Law Center and taking turns in three-hour shifts to ensure that DACA recipients and their lawyers would be able to attend the hearing.

When I arrived at the court the afternoon before the argument, it was a sunny and relatively mild day. The volunteers sat in chairs neatly arranged along the edge of the sidewalk in front of the Supreme Court’s plaza. Refreshments were provided, including coffee, oranges and cookies. One volunteer explained that he had signed up for a shift online, while another noted that the operation was highly efficient – swapping in substitutes when volunteers had to go to the bathroom, for example. And although professional line-standers are often reluctant to speak with reporters, preferring to keep their business arrangements on the down-low, volunteer line-standers announced their service on social media.

Behind the volunteers was a group of 26 from the Coalition for Humane Immigrant Rights of Los Angeles, known as CHIRLA. Some were DACA recipients; others wanted to apply for DACA but couldn’t because the program had been rescinded. They had flown into Washington from Los Angeles on Saturday night and arrived at the Supreme Court early Sunday morning. Unlike the group of 30 ahead of them, they weren’t waiting on someone else’s behalf: They were here to see the argument themselves.

A little further down the line was Reyna Montoya, a DACA recipient who had flown in from Arizona to attend the argument. Montoya is the founder of Aliento, a community group in Arizona for young undocumented immigrants. Montoya’s bio on the group’s website explains that she was born in Mexico but “migrated to Arizona in 2003 fleeing violence.”

By Tuesday morning, the weather had deteriorated significantly: It was rainy, windy and much cooler. Volunteers brought coats for the DACA recipients, many of whom hail from warmer climates. A little before 7:30 a.m., the Supreme Court police handed out the coveted cards that would guarantee admission to the courtroom. Montoya was number 57 in line, which was good enough that day for one of the “golden tickets.” When she received her card, Montoya was overcome with emotion. “I cried when they gave me the ticket,” she wrote in an email a few days later.