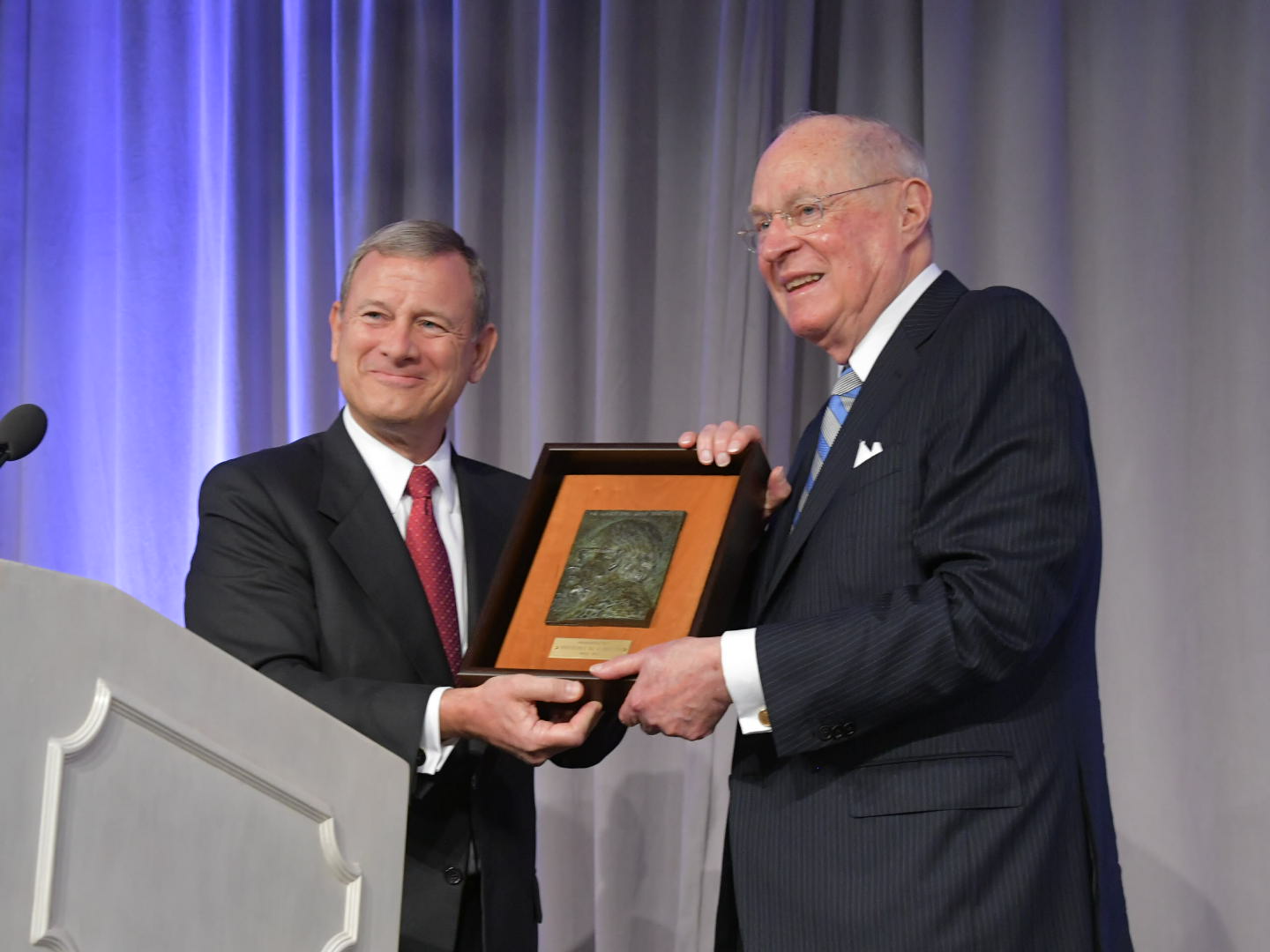 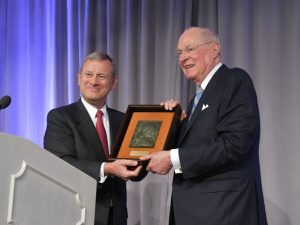 “This award will inspire me in future years to bring again the message of civility and decency and progress to all of those who, like you, revere the law,” retired Justice Anthony Kennedy promised today as he received the Henry J. Friendly Medal at the American Law Institute’s annual meeting.

Two summers ago, “it seemed to me appropriate to re-read Plato and Aristotle,” Kennedy related, remarking that “it always irritated me that they gave a low grade to democracy” in their evaluations of different forms of governance. The philosophers held this view, Kennedy explained, “because they thought that democracy did not have the capacity to mature.”

“It is our destiny to prove them wrong,” Kennedy continued; “at the moment, we are not doing that.”

In four years, the American Law Institute will celebrate its 100th anniversary. “It should be our aspiration and our hope,” Kennedy said, “that at that point we will have made some recovery in restoring decency and thoughtfulness and honor to our civic discourse. Democracy presumes that there will be a consensus based on thoughtful debate.”

Kennedy observed that the ALI had emerged in the 1920s because American law was “becoming inaccessible” due to the “great outpouring of case decisions and statutes” from the federal government and the then-48 different state judicial systems and legislatures. Through its restatements, which address uncertainties in the law, Kennedy claimed that the ALI prevented the fraying of American law and “did for the American, Anglo-American judicial process and for the law in the 1920s what [William] Blackstone had done 150 years earlier,” with the publication of his legal commentaries on English law.

Kennedy recalled one ALI debate over which he presided, describing it as “principled, decent, thoughtful, instructive … and done with the utmost of civility.” Kennedy – calling the ALI, “by its history and by its traditions and by its ethics, … itself a restatement of civility” – urged the institute to “teach and ensure that the rest of our profession knows how thoughtful and decent and rational and polite … your debates are. And the rest of society should know the same thing about the law.”

Before Kennedy spoke, Chief Justice John Roberts presented his former colleague with the award. As if foreshadowing the remarks to come, Roberts praised Kennedy for speaking “consistently and powerfully about the importance of civility in our national dialogue.” Kennedy “has reminded us that freedom is taught, not merely given,” Roberts continued, “and he has devoted his time and considerable energy to asking all Americans to remember that.”

Justice Brett Kavanaugh, who succeeded Kennedy on the bench, was present but did not make remarks.