Kali Borkoski:  On June 26, the Court announced its decision in National Labor Relations Board v. Noel Canning, holding that three of the president’s recess appointments to the NLRB were unconstitutional.

Ordinarily, the Constitution requires the president to obtain the advice and consent of the Senate – traditionally in the form of a confirmation hearing and then a vote — before senior government officials and federal judges can take office.

There is an exception, however:  The Constitution empowers the president to act without the Senate’s input to “[f]ill vacancies that may happen during the recess of the Senate, by granting Commissions which shall expire at the end of the next Session.” 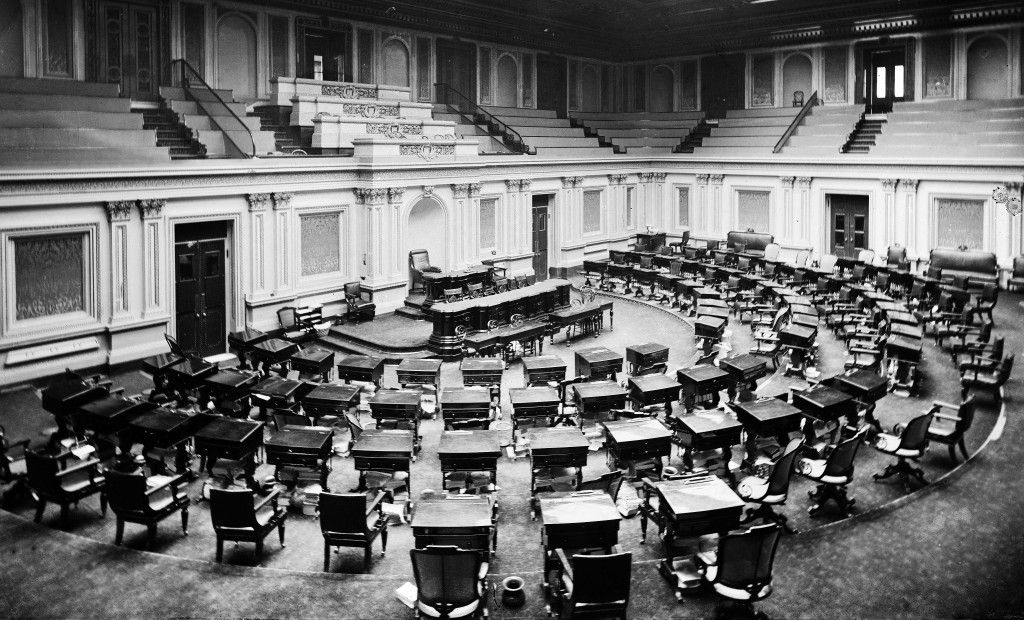 At issue before the Court were three appointments that President Obama made to the NLRB during a three-day recess; a longer recess was interrupted by a very brief “pro forma” session, in which the Senate was technically in session but not conducting any business.  The Court deemed those appointments were invalid on the ground that the president must respect the Senate’s own determination of when it is in session, and the three-day period in which the president made the appointments was too short to qualify as a recess warranting use of the Recess Appointments Clause.

Going forward, the Court ruled, any recesses shorter than ten days will normally be insufficient to trigger the president’s recess appointment power.

And because either house of Congress can effectively require the Senate to go into pro forma sessions like the ones that blocked these appointments, the Court’s ruling may sharply limit the recess appointments power whenever either the Senate or the House of Representatives is controlled by a political party other than the president’s.

Kristi Remington, a lawyer and lobbyist at Blank Rome who previously worked on vetting and nominations during the George W. Bush administration, explained that appointments are crucial to the presidency because:

Kali Borkoski:  In the past, if a president was unable to get a nominee confirmed, he would sometimes sidestep an uncooperative Senate by making a recess appointment, rather than finding another nominee who had better chances of being confirmed.  Going forward, that will rarely (if ever) be an option.

Kali Borkoski:  Right now, that isn’t a huge problem because the Democratic Senate (having invoked the so-called “nuclear option” late last year) will generally confirm President Obama’s nominees.  But if (as many expect) Republicans take control of the Senate in the elections this fall, it’s likely that President Obama will have difficulty getting his nominees confirmed.

What could that mean for the president’s ability to keep the government operating, and to fill leadership positions for the remainder of his tenure?  On the first question, the president now has two primary options.  One is to use something called the Vacancies Reform Act, which allows the president to fill positions requiring Senate confirmation on a temporary basis.  The second option is to vest deputy positions with the powers a director would need to keep an agency running, although perhaps not with the level of leadership that the president would want.

Neither of these options is available to fill leadership positions in new agencies or within independent agencies and commissions, like (among others) the National Labor Relations Board, the Federal Election Commission, or the Securities and Exchange Commission.

Here’s John Elwood, who is now a partner in the Washington, D.C., office of the law firm of Vinson & Elkins; he was formerly a lawyer in the Office of Legal Policy during the George W. Bush administration.

John Elwood:  I think for the board members, you’re out of luck. There is nothing you can do about that. At that point, you basically have to broker a political compromise because, for the agencies that have sort of a minimum number of members and they just don’t physically have them, there are some boards that have holdover provisions that allow them to continue to serve until a successor is appointed, but for agencies where that isn’t the case, the only solution is to work out a political compromise where they’ll be able to get people through. One thing that does give me a little bit of hope is that when they needed to work a deal, they managed to get people through and confirmed to the NLRB. So it’s something that can be done. You may not get your first choice, the president may not get his first choice for who he’d like to fill those offices, but it’s a big country, and they’ll be able to find, hopefully, people who are acceptable to both parties.

Kali Borkoski:  Depending on whether your preferred party is in the minority or the majority, then the president’s inability to make recess appointments may seem either like an opportunity to encourage more political compromise, or it may seem like a sure sign of more political gridlock.

One extreme example of how sticky things can become for the president is the case of the Consumer Financial Protection Bureau.  From the middle of 2010 to the end of 2011, the CFPB didn’t have a director; instead, it was being run by “special advisors” – first Elizabeth Warren and then Raj Date – whose powers were more limited than those of the director.

Deepak Gupta, who now has his own firm, Gupta Beck, was one of the first lawyers hired at the CFPB:

Deepak Gupta:  He was nominated first, and the nomination went nowhere. And what was interesting about that was that the position that the Republicans took wasn’t, “We’ve looked at the qualifications of Rich Cordray, and we determine him to be someone that’s not qualified to name as Director of the CFPB.”  Rather, the response was, “We disagree with this agency, we disagree with its structure, we want to make legislative changes to it, and so we’re not only not going to confirm this Director; we wouldn’t confirm anyone.”  And I think as far as they were concerned, they wouldn’t name the chairman of the Bank of America to be the Director of the CFPB.  And that’s an astonishing position.  In my view, that’s like nullification through the confirmation process.

While the dangers of gridlock and nullification through confirmation are real, at least from John Elwood’s perspective, the fact that those possibilities exist is hardly predictive of dire straits for the president:

John Elwood: I don’t think it’s for-destined to be a train wreck, even if the president doesn’t have a recess appointment power, because there are enough other tools that I think that things could function. But, I think it could well be a train wreck because it is, you know, politically expedient for one side for the other to have it be a train wreck.

Kali Borkoski:  I asked John what he’ll be paying attention to when it comes to appointments if the Democrats lose their majority in the Senate this fall:

John Elwood:  One thing I’ll be watching is just the identity of who they put in acting spots, if no one can get through the Senate — whether they are more interested in getting people confirmed, or whether they are interested in getting kind of true believers, people who are really closely aligned with the administration, into those spots just to get done what they can with acting authorities and delegations.