Tom Goldstein is an appellate advocate, best known as one of the nation’s most experienced Supreme Court practitioners. He has served as counsel to a party in roughly 125 merits cases at the Court. This fall, he will argue his 44th – Google v. Oracle (on behalf of Google), which has been described as the "copyright case of the century." Only 3 lawyers in the Court's modern history have argued more cases in private practice. He has been counsel on more successful petitions for certiorari over the past decade than any other lawyer in private practice. Over the past fifteen years, the firm's petitions for certiorari have been granted at a higher rate than any private law firm or legal clinic.

Perhaps more than any other advocate in practice, Tom represents the complete spectrum of litigants before the Court; his work is not associated with any particular perspective or ideology. For example, as arguing counsel, Tom has prevailed on behalf of bond purchasers, corporate civil defendants (three times), corporate civil plaintiffs (three times), a debtor, employees (twice), a habeas petitioner (three times), an immigrant, investors, an individual civil defendant, an individual criminal defendant, a local government, navy veterans and their estates, persons with disabilities, and shareholders.

Tom also serves as counsel in particularly significant cases in the courts of appeals. For example, in a major antitrust dispute, he is lead counsel for Qualcomm in its appeal from a judgment in favor of the FTC finding that the company’s licensing practices are anticompetitive. Recently, he successfully served as lead counsel for most of the nation's principal retailers in a Second Circuit appeal of the second-largest class action settlement in history. Tom also represents a number of different corporations in patent-related matters in the Federal Circuit.

In addition to practicing law, Tom has taught Supreme Court Litigation at Harvard Law School since 2004, and previously taught the same subject at Stanford Law School for nearly a decade. Tom is also the co-founder and publisher of SCOTUSblog – a web-site devoted to comprehensive coverage of the Court – which is the only weblog ever to receive the Peabody Award.

Tom has received a variety of recognitions for his practice before the Supreme Court and for his appellate advocacy generally. For example, in 2010, the National Law Journal named him one of the nation’s 40 most influential lawyers of the decade. The same publication included him in both of its most recent lists (2006 and 2013) of the nation’s 100 most influential attorneys. Legal Times named him one of the “90 Greatest Washington Lawyers of the Last 30 Years.” GQ named him (erroneously) one of the 50 most powerful people in Washington, D.C.

Tom is involved in a variety of professional organizations. Among other things, he is a member of the American Law Institute, Secretary-Elect of the ABA Labor and Employment Section, Vice Chair of the Amicus Committee of the ABA Intellectual Property Section, and an elected Fellow of the Academy of Appellate Lawyers.

Tom previously practiced at Akin, Gump, Strauss, Hauer & Feld, where for a time he served as the principal co-chair of the firmwide litigation practice. Early in his career he was an associate at both Boies Schiller and Jones Day Reavis & Pogue. He clerked for Judge Patricia Wald of the D.C. Circuit. Tom graduated in 1995 from American University’s Washington College of Law, which subsequently awarded him an Honorary Doctorate as well. He graduated from UNC Chapel Hill in 1992. 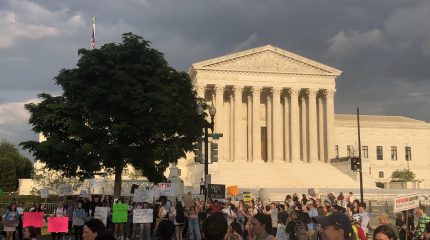 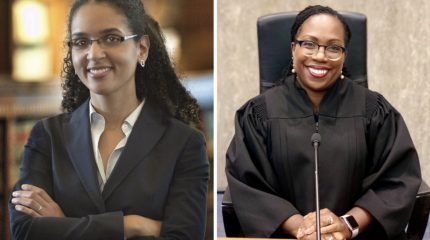 Saying goodbye to a SCOTUSblog stalwart 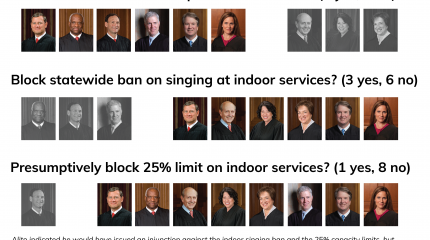 Editorial: Another call for the justices to speak to the country

The dilemma of the Pennsylvania injunction request