Argument preview: Can a noncitizen be “inadmissible” if they are not seeking admission to the U.S.? 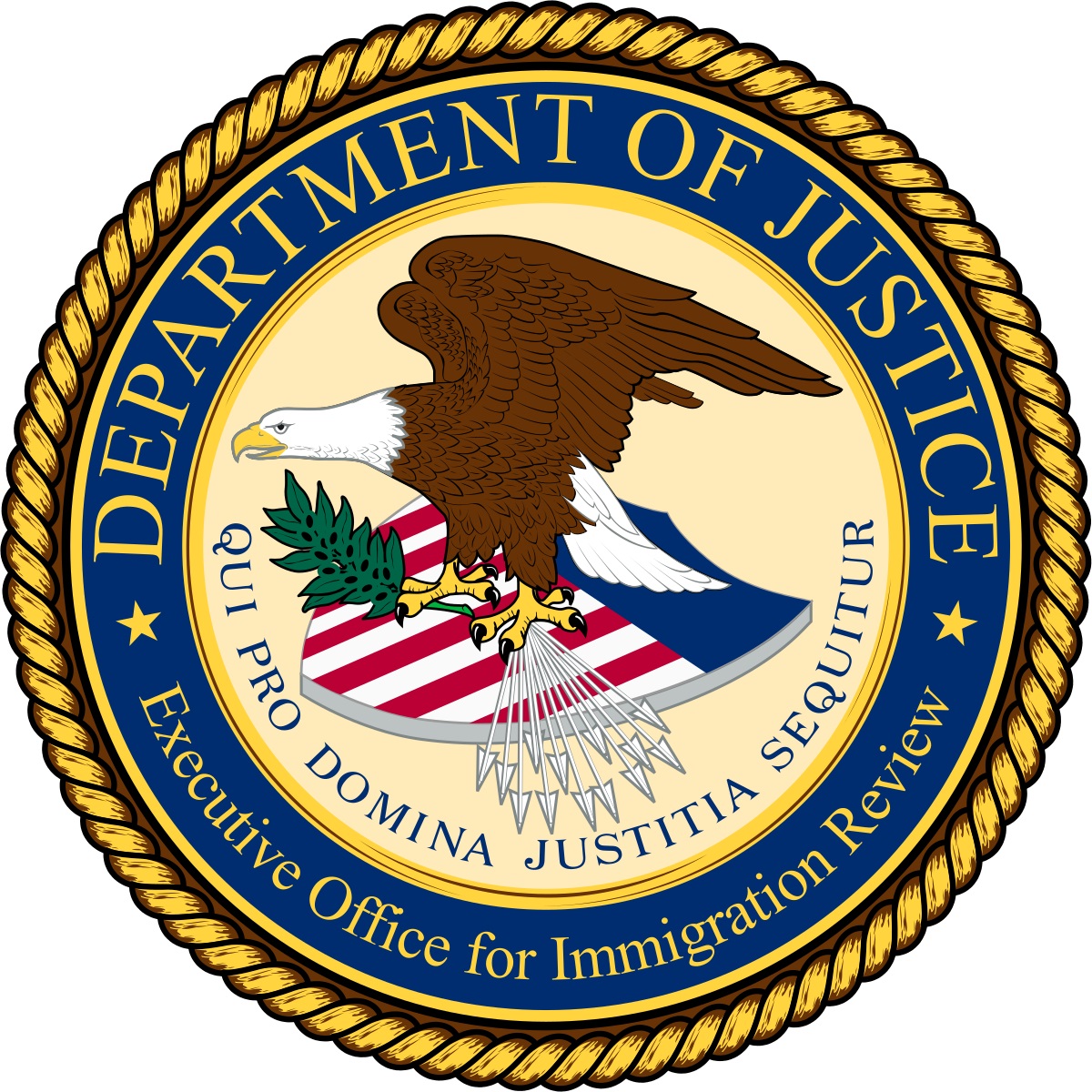 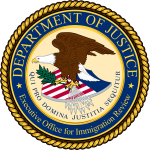 With public attention focused squarely on the DACA litigation, Barton v. Barr is not the marquee immigration case for the October 2019 term. Nevertheless, the case presents a compelling question of statutory interpretation, and has the potential to affect thousands of noncitizens with criminal records who face removal from the United States. In Barton, the Supreme Court is examining once again the stop-time rule – the same provision of the Immigration and Nationality Act that the justices dissected in Pereira v. Sessions in 2018.

For over a century, U.S. immigration law has offered some form of relief to noncitizens who have substantial ties to the country yet find themselves in removal proceedings. Congress set forth the present-day iteration of that form of relief, cancellation of removal, with the passage of the Illegal Immigration Reform and Immigrant Responsibility Act of 1996. The cancellation of removal statute, now codified in 8 U.S.C. Section 1229b, lays out two distinct forms of relief: one for lawful permanent residents (commonly known as LPR cancellation), and another for noncitizens who are not permanent residents. The LPR cancellation statute, Section 1229b(a), which is implicated in Barton, requires, among other things, that the applicant have “resided in the United States continuously for 7 years after having been admitted in any status.”

IIRIRA also concretized a fundamental distinction in immigration law between inadmissibility and deportability. The grounds of inadmissibility, laid out in Section 1182(a), comprise a list of undesirable attributes and past acts that lead to the exclusion of noncitizens who are seeking admission to the United States. The grounds of deportability, in Section 1227(a), can trigger the expulsion of a noncitizen, including a permanent resident, who has already been admitted. Although there is overlap between these sections of the INA, there are notable distinctions; conduct that could lead to one’s exclusion may not trigger deportability, and vice versa. In general, however, the grounds of inadmissibility are more stringent.

This distinction between inadmissibility and deportability animates a debate regarding the cancellation of removal statute’s stop-time rule. That rule, found in Section 1229b(d), lays out occurrences that stop the clock for accruing the required seven years of continuous residence. Under the rule:

In Barton, the Supreme Court is poised to interpret the language of the stop-time rule and clarify the types of offenses that would stop the clock in a given case.

Petitioner Andre Martello Barton is a lawful permanent resident who is a native and citizen of Jamaica. After first entering the United States on a visitor’s visa in May 1989, Barton became a lawful permanent resident in June 1992. In January 1996, just a few months before hitting the seven-year mark in the United States, Barton was arrested and charged with aggravated assault and other offenses. Later that year, he was convicted of those crimes.

Because Barton is a lawful permanent resident who was properly admitted, the government could only initiate his removal proceedings by charging him under the immigration law’s deportability provisions. Notably, however, the aggravated assault conviction did not trigger Barton’s deportability. Although aggravated assault would normally be treated as a crime involving moral turpitude, known as a CIMT, which carries immigration consequences, the statute links deportability to a CIMT offense committed in the first five years after admission. And because Barton committed the aggravated assault in January 1996 – more than five years after his May 1989 admission – the deportability ground could not apply. Instead, the government had to rely on other convictions on Barton’s criminal record to initiate proceedings.

Before the immigration court, Barton sought cancellation of removal. The government, however, asserted that he was ineligible to apply for LPR cancellation because – through operation of the stop-time rule – he did not have the required seven years of continuous residence. Specifically, the government argued that the aggravated assault conviction “renders [Barton] inadmissible to the United States under section 1182(a)(2).” Unlike its analog in deportability, the inadmissibility provision for a CIMT can be triggered by a crime committed more than five years after admission. The invocation of the stop-time rule in this case raised a critical question: Can a LPR like Barton be rendered “inadmissible” if they are not actually seeking admission to the United States? The immigration judge answered that question in the affirmative, and ruled that Barton was ineligible for cancellation of removal.

Barton’s attorneys appealed the case to the Board of Immigration Appeals, which affirmed the immigration judge’s ruling, and then to the U.S. Court of Appeals for the 11th Circuit. The 11th Circuit acknowledged an existing circuit split on this issue, but ultimately sided with the U.S. Courts of Appeals for the 2nd and 5th Circuits, holding that Barton was, in fact, ineligible to apply for cancellation of removal. The 11th Circuit reasoned that being “inadmissible” is a type of “status” that Barton assumed as soon as he was convicted of aggravated assault, even if Barton was not actively seeking admission. Offering an analogy that resurfaces throughout the government’s briefing in Barton, the 11th Circuit noted that a car may be “immovable” because of its weight, even if no one is actually trying to move it. Likewise, the appeals court reasoned, Barton can be “inadmissible” notwithstanding his lawful admission.

The parties’ briefs before the Supreme Court are a jousting match of statutory interpretation. Underlying many of Barton’s arguments is a fundamental distinction between inadmissibility and deportability, as reflected in the very architecture of the INA. Citing the canon of consistent usage, Barton asserts that at any given time, a noncitizen can either be inadmissible or deportable, but not both. With regard to the wording of the statute, Barton contends that the phrase “renders the alien inadmissible … or removable” refers to mutually exclusive outcomes of an actual adjudication by an immigration judge. As a lawfully admitted permanent resident, Barton was simply not capable of being adjudicated as “inadmissible.” Barton also disputes the government’s claim that inadmissibility is a status or condition rendered by the commission of a crime, noting that under U.S. immigration law, a “status” is a “person’s current legal condition, not a hypothetical legal condition.” According to Barton, the government’s reading of the statute converts several of the clauses in the stop-time rule to mere surplusage.

By contrast, the government reiterates the notion that inadmissibility is a status or condition that can trigger the stop-time rule, even if one is not formally seeking admission. The government also argues that lawful permanent residents do, at times, need to be admitted – for example, if they have left the United States for more than 180 days or have abandoned their status. Seeking to counter Barton’s reading of the statute, the government cites INA provisions in which inadmissibility is referenced outside the context of a noncitizen’s admission.

Although the briefs are rife with intricate arguments based on statutory interpretation, larger issues regarding immigration adjudication loom in the background of the case. Both Barton and an amicus brief filed on behalf of former immigration judges argue that the cancellation of removal statute should be read in a way to maximize the discretion of immigration judges. They argue that instead of foreclosing relief based on relatively minor criminal activity, the statute should allow immigration judges to weigh such conduct in relation to other equities in the applicant’s case. Along these lines, Barton argues that it strains reason to conclude that conduct that could not even trigger deportability might foreclose the possibility of relief from removal.

Conversely, the government suggests that cancellation of removal is an act of administrative grace, and that people should not benefit by continuing to accrue “continuous physical presence” after they have committed a crime. Both parties allege that the other side’s reading of the statute will lead to more inefficient adjudication.

Initially, Barton had teed up the question of whether the decisions of the Board of Immigration Appeals in his case and in Matter of Jurado-Delgado, which examined a related question, were entitled to Chevron deference – the notion that, under the 1984 Supreme Court decision in Chevron U.S.A., Inc. v. Natural Resources Defense Council, Inc., courts should defer to a federal agency’s reasonable interpretation of an ambiguous statute. An amicus brief authored by the National Immigrant Justice Center articulates multiple reasons why Chevron deference is not appropriate here, including the nature of BIA decision-making and the board’s relative lack of expertise in some realms of statutory interpretation. In its brief, the government unexpectedly abandoned any claim to Chevron deference, perhaps because the 11th Circuit had already signaled – via a lengthy footnote – that such deference is not warranted in this case. Therefore, the arguments before the Supreme Court are likely to focus exclusively on statutory interpretation. Given the many interpretive arguments and counterarguments advanced by the parties, it will be fascinating to see which capture the attention of the justices.

Recommended Citation: Jayesh Rathod, Argument preview: Can a noncitizen be “inadmissible” if they are not seeking admission to the U.S.?, SCOTUSblog (Oct. 28, 2019, 9:54 AM), https://www.scotusblog.com/2019/10/argument-preview-can-a-noncitizen-be-inadmissible-if-they-are-not-seeking-admission-to-the-u-s/