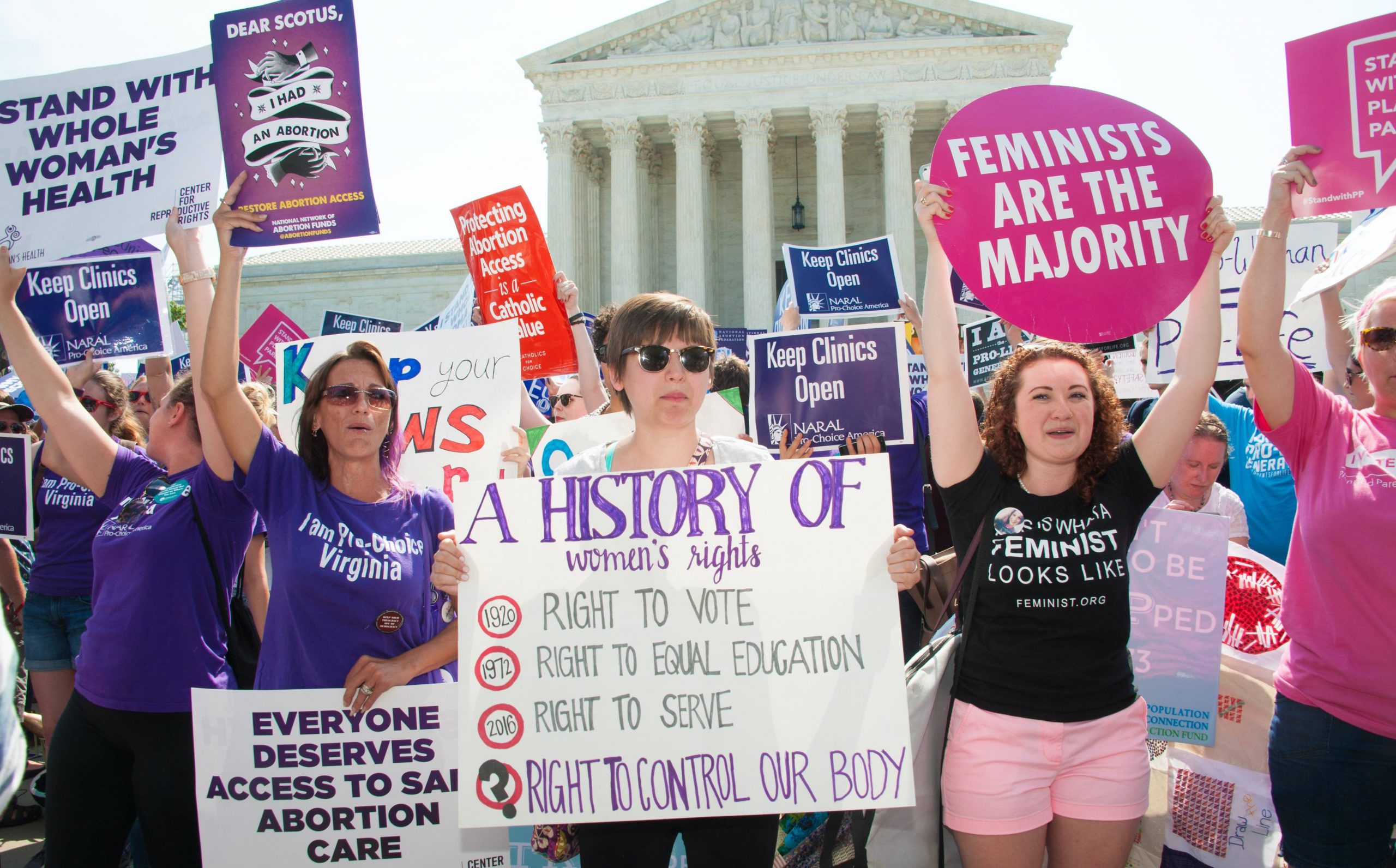 Supporters of abortion rights protest in front of the Supreme Court in 2016. (Rena Schild via Shutterstock)
Share

Telling the justices that “Texas is in crisis,” the abortion providers challenging Texas’ ban on nearly all abortions in the state came to the Supreme Court on Thursday, asking the court to weigh in on the law’s unusual enforcement scheme without waiting for the U.S. Court of Appeals for the 5th Circuit to first issue a final ruling in the case. The request came just over three weeks after the Supreme Court, in a 5-4 decision, declined to block the law from going into effect, instead sending the case back to the lower courts. Thursday’s appeal seeks to leapfrog the proceedings in the 5th Circuit and have the justices take up the question of whether the providers’ lawsuit can go forward at all; it does not ask the court to rule on whether the abortion ban itself is constitutional.

The law at the heart of the case, S.B. 8, is one of several so-called “heartbeat bills” enacted by Republican legislatures around the country as part of an effort to overturn the Supreme Court’s landmark decisions in Roe v. Wade and Planned Parenthood v. Casey, holding that the Constitution protects the right to have an abortion before the fetus can survive outside the womb. That benchmark normally occurs around 24 weeks of pregnancy; by contrast, S.B. 8 prohibits abortions beginning around the sixth week of pregnancy. To make it harder to challenge the law in court, S.B. 8 deputizes private individuals to bring lawsuits against anyone who either provides or “aids and abets” an abortion.

Over dissents by four justices – Chief Justice John Roberts and Justices Stephen Breyer, Sonia Sotomayor and Elena Kagan – the court issued a late-night order on Sept. 1 that rejected the providers’ initial request to block enforcement of the law. The majority conceded that the providers had “raised serious questions” about whether the law violates the Constitution. But the court nonetheless allowed the law to go into effect, the majority explained, because it wasn’t clear whether the state officials and the anti-abortion activist whom the abortion providers had named as defendants “can or will seek to enforce the Texas law” against the providers and, as a result, whether the court could intervene at this stage of the dispute. The case went back to the 5th Circuit, which despite expediting the case is not scheduled to hear argument until at least Dec. 7.

On Thursday the case returned to the Supreme Court. The providers relied on a relatively uncommon procedural maneuver known as certiorari before judgment – a request for the Supreme Court to take up a case immediately, without waiting for the court of appeals to issue its decision. As Kevin Russell explained for SCOTUSblog in 2011, the justices have granted such petitions only a handful of times, often at the request of the federal government or to resolve issues involving international relations and the president’s authority.

In their filing on Thursday, the providers urged the justices to step in, telling them that the court of appeals had essentially already made up its mind on the central issue in the case right now. Under the 5th Circuit’s cases, the providers wrote, “federal courts are powerless to preemptively block enforcement of a privately enforced state-law prohibition.”

The providers depicted the consequences of the Texas law as dire. Abortion clinics in Texas have stopped performing abortions, they told the justices, prompting some Texans to travel to out-of-state clinics and creating delays in those states. Other Texans, they suggested, will be forced to carry unwanted pregnancies to term. And if the law is left in place, they warned, other states will follow suit and enact similar laws – not only to ban abortion, but possibly in other contexts, such as using private enforcement to curtail gun rights. “The gravity of the circumstances and the paramount importance of the question presented warrant this Court’s intervention” now, “without waiting for further proceedings in the Fifth Circuit,” the providers wrote.