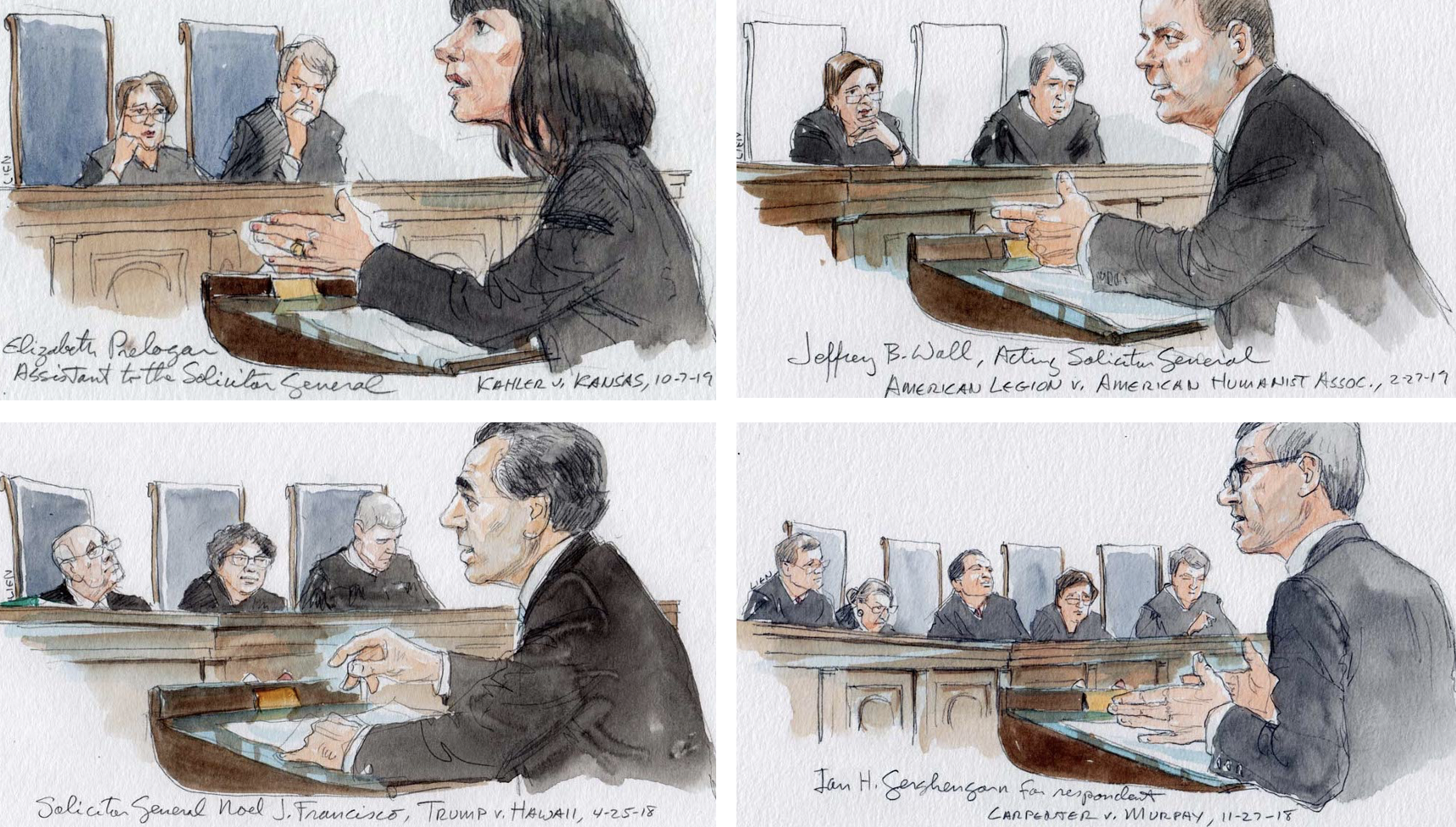 Does the solicitor general’s office have too much influence over the Supreme Court? In “The Loudest Voice at the Supreme Court: The Solicitor General’s Dominance of Amicus Oral Argument,” a recent article in the Vanderbilt Law Review, Darcy Covert and Annie Wang examine an overlooked corner of that question — the solicitor general’s routine participation in oral argument in cases in which the U.S. government is not a party. Although anyone who files an amicus brief is eligible to participate in oral argument, the court “grants this privilege almost exclusively to the SG.” As an empirical matter, Covert and Wang easily make the case for the SG’s dominance of amicus oral argument. The harder question is whether that dominance is justified.

Covert and Wang begin with the data. Between the 2010-11 and 2019-20 terms, the Supreme Court granted 306 out of 307 requests by the SG to participate in oral argument as an amicus. (More about the circumstances behind that denial below). In contrast, most other groups that file amicus briefs know not to bother asking. During that same period, only 43 non-SG amici out of thousands that submitted briefs requested oral argument time. Only 15 of those requests were granted.

It has not always been so. In the 1980s, the court denied the SG’s oral argument requests in 17% of cases. Starting in the 1990s, the court started to hear significantly fewer cases each term, leading to fewer opportunities for the SG to participate as a party. Perhaps in response, the SG’s office ramped up its requests to participate as an amicus, and the court encouraged that practice by almost never saying no. According to Covert and Wang, over the last 20 years the SG has participated in between 69% and 88% of the court’s oral arguments, over half the time as an amicus rather than as a party.

Is this a problem? Covert and Wang think so. They argue that the routine participation by the SG as amicus undermines due process and distorts the adversarial system by giving a non-party with a distinct institutional and political bias a “louder voice” than everyone else. They further speculate that doing so undermines the court’s legitimacy by giving a special role to a litigant with distinct ideological and partisan pre-commitments.

Lincoln Caplan, whose 1987 book, The Tenth Justice, provided the seminal account of the Office of the Solicitor General, agrees. In a response to Covert and Wang’s article, Caplan cites a raft of scholars who crunch the data to show that the SG “wield[s] significant influence over the Court and enjoy[s] a built-in advantage.” He concludes that the SG has “elevat[ed] the voice and the influence of the executive branch … to an unprecedented and unjustified level” before the Supreme Court, putting the “executive branch’s interests ahead of all other organizations and individuals with cases before the Court.” (I am one of the scholars who joined this chorus. In a 2012 article, “Congress in Court,” I critiqued the outsized influence of the SG’s office and argued that Congress as an institution should participate more actively in cases before the Supreme Court to even the balance.)

Covert, Wang and Caplan all agree that the court should limit the SG’s amicus oral argument participation to cases with a clear, defined federal interest. And it appears the court may be listening. In April 2020, a month after New York Times reporter Adam Liptak wrote about Covert and Wang’s data, the Supreme Court denied a request by the SG’s office to participate in oral argument as amicus in support of Ford Motor Co. in Ford v. Montana Eighth Judicial District Court, a case about personal jurisdiction. That was the first time the court denied a request by the SG for argument time in nearly a decade. And then, in April 2021 (in an order too recent to be reflected in Covert and Wang’s data), the court denied another such request. This time, the SG had sought argument time to support San Antonio and other municipalities in City of San Antonio v. Hotels.com, a case about the ability of lower courts to award appellate costs to the victorious party in an appeal.

The SG’s office likely regrets not having a chance to argue in those cases — in each of them, the party supported by the federal government ultimately lost.