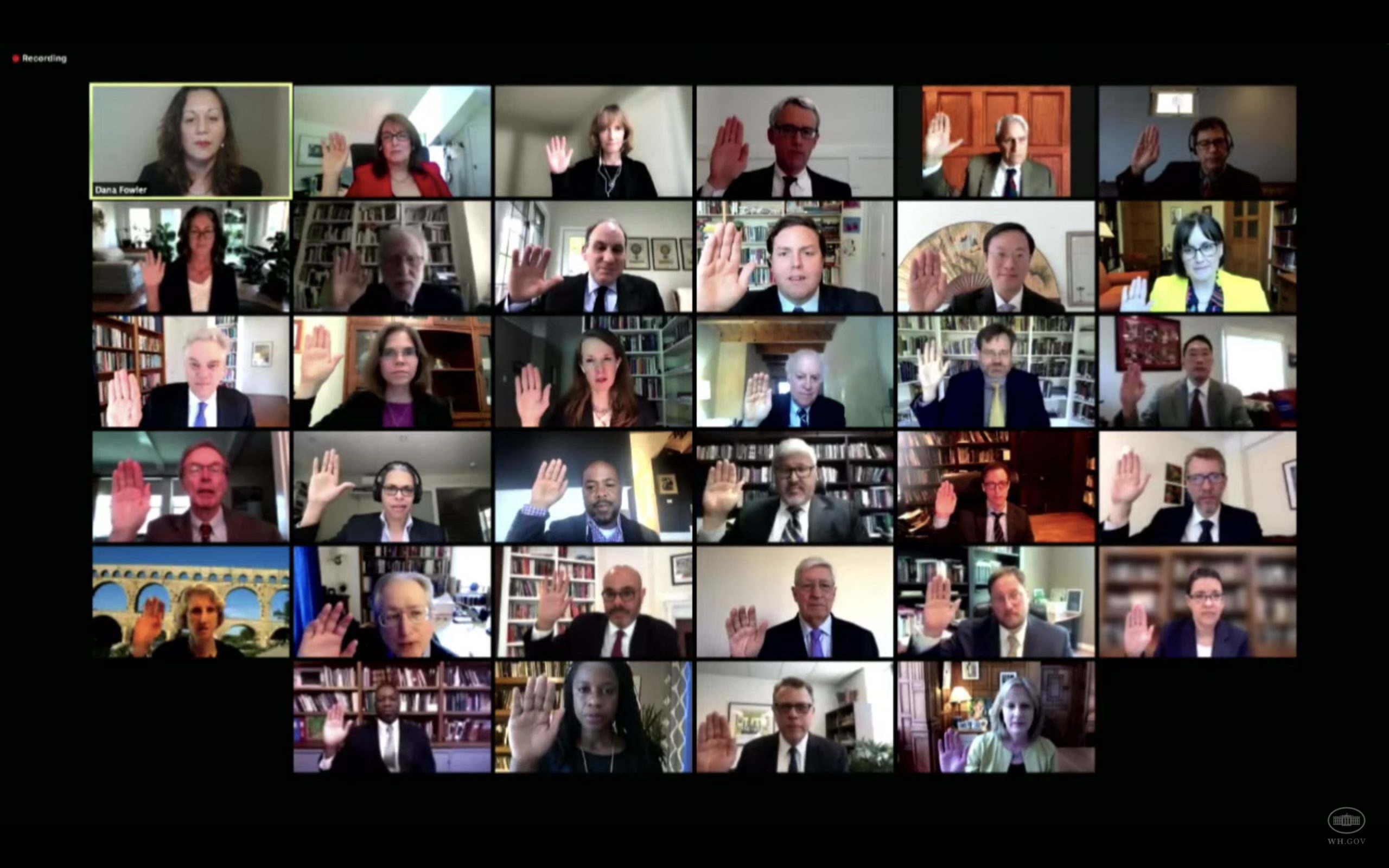 President Joe Biden’s Supreme Court commission met publicly for the first time on Wednesday. Although the meeting consisted mostly of formalities, commissioners previewed some of the issues they will study in the next six months, including proposals to increase the number of justices, impose term limits, curtail the court’s jurisdiction, or mandate that only a supermajority of the court’s members can invalidate an act of Congress.

Biden appointed the 36-member commission amid calls by many liberals for Congress to expand the court or enact other reforms. The commission, which consists of legal scholars, retired judges and practicing lawyers, is tasked with researching various reform ideas and submitting a report to the president – but it will not suggest that any particular measure be adopted or avoided.

“We’re not charged with making specific recommendations,” commission co-chair Cristina Rodríguez told the group. “Rather, we are to provide an evaluation of the merits and legality of particular reform proposals being debated today.”

Then several of the members summarized the five areas that the commission will study: (1) the genesis of the reform debate, including why reforming the Supreme Court has been a debate throughout the nation’s history and what factors contribute to the debate of late, (2) the court’s role in our constitutional system, including debates about the scope of judicial review and the authority of the court to invalidate the acts of the other branches of government, (3) length of service and turnover of justices, (4) membership and size of the court, including proposals to expand the size of the court, and (5) the court’s case-selection process, the shadow docket, and the court’s interactions with the public.

The meeting was slated for 90 minutes but the commission adjourned in just under half an hour.

The commission will hold six public meetings during the next 180 days, when its final report is due to the president. At least two of those meetings, one in late June and one in late July, will feature public testimony from 24 witnesses who will submit written statements and answer questions from commissioners.

The commission will post drafts of the report on its website along with recordings of its public meetings. Bauer emphasized the commission’s desire for public comments on the five areas of focus — to be submitted by Aug. 15.

The commission will hold its next public meeting in late June with witness testimony.