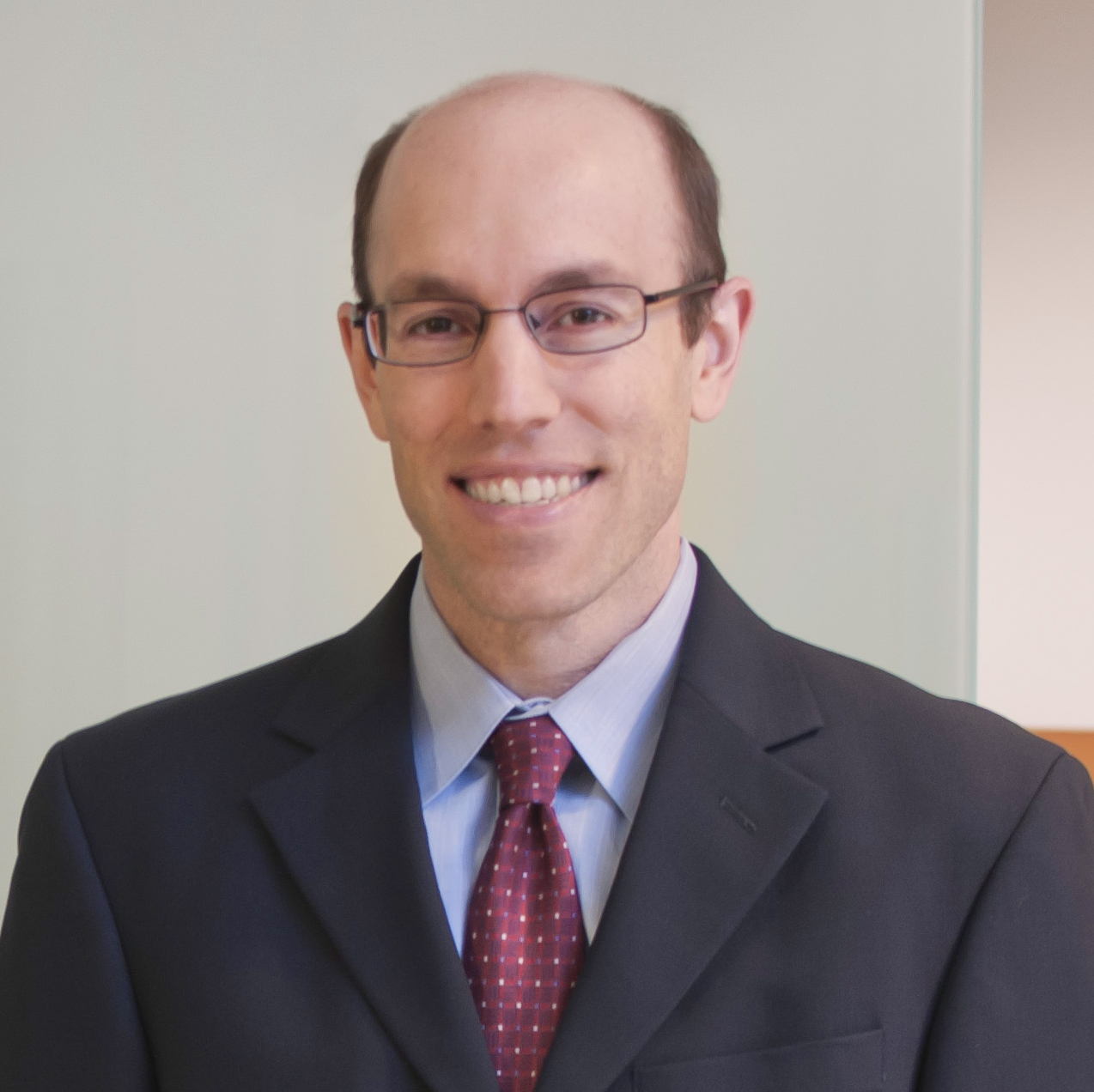 Against a backdrop of increasing national attention to police violence, the Supreme Court on Thursday issued an opinion in a closely watched criminal-procedure case that clarifies the meaning of the term “seizure.”

The Fourth Amendment provides important constitutional limits on abusive policing. These protections take shape in two ways: limits on the introduction of evidence obtained unconstitutionally, and civil suits against police who violate constitutional rights. But the Fourth Amendment does not regulate policing generally. It only prohibits unreasonable “searches and seizures.” That’s why the court’s ruling in Torres v. Madrid preserving a broad understanding of the term “seizure” has important implications for regulating use of force by police.

The case concerned an attempt by two New Mexico police officers to stop a car driven by Roxanne Torres. The officers, who were trying to execute an arrest warrant for another person, approached Torres and her parked car. When they attempted to speak with her, Torres began driving away. Claiming to fear for their safety, the officers shot at the car, injuring Torres, who then drove off. The question the justices resolved on Thursday was whether this unsuccessful effort to stop Torres was a “seizure.” The officers claimed that people are seized only when they are stopped, while Torres kept going. The U.S. Court of Appeals for the 10th Circuit agreed, dismissing Torres’ civil rights claim against the officers for violating her Fourth Amendment rights.

In a 5-3 opinion written by Chief Justice John Roberts, the majority reversed, concluding that the officers seized Torres even though she subsequently fled. The outcome fits neatly into the closest precedent, the 1991 case California v. Hodari D. In that case, the court explained that “[t]he word ‘seizure’ readily bears the meaning of a laying on of hands or application of physical force to restrain movement, even when it is ultimately unsuccessful.” (Emphasis added.) Pointing to this and other language in that case, the chief justice notes in the Torres opinion that “[w]e largely covered this ground in California v. Hodari D.”

Roberts takes pains, however, to set the opinion on its own feet. Over a strident dissent, he explains that whether or not the court is bound by stare decisis (the justices’ on-again-off-again efforts to follow precedent), the justices “independently reach the same conclusions” here. The majority opinion does so on two primary grounds: history and text.

History often comes up short in Fourth Amendment cases because policing as we know it was almost non-existent in the 18th century. The majority insists, however, that this time, the “cases and commentary speak with virtual unanimity on the question before us today.” But the majority’s certainty rings hollow when it identifies “the closest decision” as the 1605 Countess of Rutland’s Case. In that case, the “serjeants-at-mace” were executing a debt-collection judgment against Isabel Holcroft, an English noblewoman. The sergeants touched Holcroft with (you guessed it) a mace, while exclaiming “we arrest you, madam.” The majority explains that since an arrest is undoubtedly a “seizure” and getting touched with a mace is like getting hit with a bullet, this history points the way toward today’s holding.

To be fair, the majority cites other old cases and treatise excerpts. But the dissent by Justice Neil Gorsuch, which is joined by Justices Clarence Thomas and Samuel Alito, points out that many cases of the era involved esoteric debt-collection practices. For example, debt collectors could only break into debtors’ homes if they touched them first, often accomplishing this by reaching in through a window! And all the cases involve the “laying on of hands” (or maces), not guns or projectiles. Gorsuch scores rhetorical points when he scolds the majority for “wandering about” the vast legal library of the common law, “randomly grabbing volumes off the shelf, plucking out passages,” “scratching out bits” and crafting a “new pastiche.” But Gorsuch’s argument is really a critique of the limits of originalism in this context, not the particular rule announced in this case.

The majority’s textual interpretation is more straightforward. It recognizes that seizures most obviously occur when a person is stopped. But the majority points out that it is not ruling that Torres was seized from the point of the shooting onward. Instead, Roberts writes that “the officers seized Torres for the instant that the bullets struck her.” (Emphasis added.) Quoting Justice Antonin Scalia in Hodari D., the majority explains that a seizure “is a single act, and not a continuous fact.” Thus, at the time the Constitution was adopted, “as now, an ordinary user of the English language could remark: ‘She seized the purse-snatcher, but he broke out of her grasp.’” In prior cases, the court similarly explained that a seizure is the application of physical force that “in some way restrain[s] the liberty” of a person. Here, considering that Torres was shot twice in the back and suffered physical injuries, it seems reasonable to conclude that a restraint on her liberty, and thus a “seizure,” occurred.

The opinion offers two surprises. The most important is the majority’s broad holding. The majority goes out of its way to craft a clear line that reaches beyond the facts of this case. Both at the beginning and end of the opinion, the court announces: “We hold that the application of physical force to the body of a person with intent to restrain is a seizure even if the person does not submit and is not subdued.” Notice that this captures not just significant restraints on liberty, but any touching at all. This is no oversight. Roberts downplays the implications of this breadth by explaining:

While a mere touch can be enough for a seizure, the amount of force remains pertinent in assessing the objective intent to restrain. A tap on the shoulder to get one’s attention will rarely exhibit such an intent.

The majority is right that the intent requirement eliminates some minor touching from the “seizure” definition. But not all. Small intrusions, such as taps on the shoulder, will constitute seizures under the majority’s reasoning if they are intended as a prelude to restraint, even when the tap-ee flees into a crowd. The dissent hints at other scenarios that may come within the broad rule: laser beams that damage the retina, pepper spray that irritates the lungs, and loud noises that damage a suspect’s ear drums. Those are harder cases than the one presented here, and the court appears to (at least arguably) resolve them all with its broadly worded holding.

The second surprise is the amount of disagreement. Since the case followed directly from Hodari D., a 7-2 textualist/originalist opinion penned by Scalia, some observers expected the court to come to greater agreement. Instead, the dissent spends 26 pages (nine more than the majority opinion) explaining why Scalia and the court were wrong in 1991 and Roberts and the majority are wrong in 2021. The dissent not only scoffs at the chief justices’ arguments but accuses the majority of outcome-determinative reasoning: “an impulse that individuals like Ms. Torres should be able to sue for damages.” Roberts offers a pained response: “There is no call for such surmise. … [W]e simply agree with the analysis … set forth thirty years ago by Justice Scalia, joined by six of his colleagues, rather than the competing view urged by the dissent today.”

The bright-line rule announced by the court signals that remaining questions will now be the responsibility of the lower courts. For Torres, her civil rights claims against the officers can continue, although, as the majority notes, she will still need to overcome several other obstacles – such as showing that the seizure was “unreasonable” and that the officers are not entitled to qualified immunity – in order to ultimately prevail.