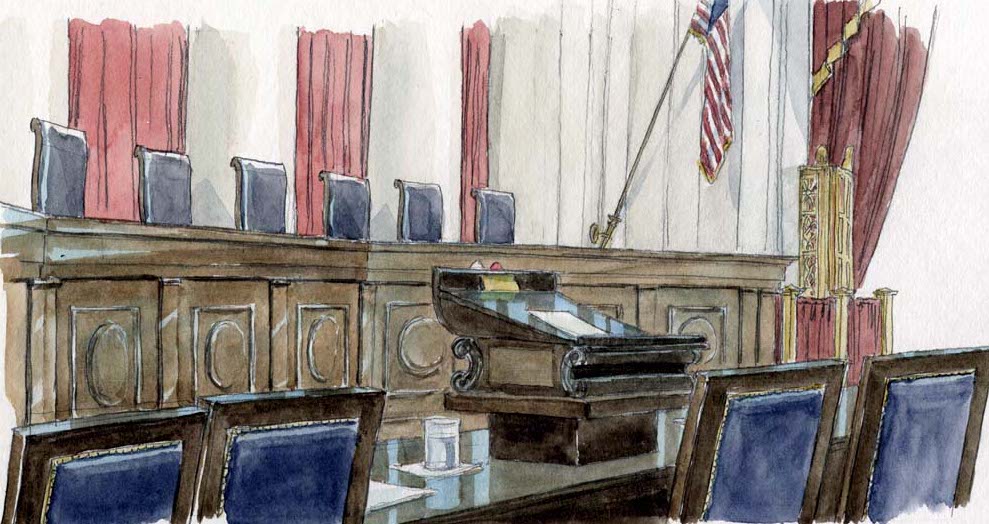 Kristina McKibben analyzes last Thursday’s decision in Department of Homeland Security v. Regents of the University of California, in which the court held that the government’s decision to terminate the DACA program, which allowed undocumented young people brought to this country as children to apply for protection from deportation, violated the procedural requirements prescribed for administrative agencies, at Subscript Law. In an op-ed for The New York Times, Linda Greenhouse observes that “[t]he DACA decision contained a message threaded through its dry language of administrative procedure — a warning to the Trump administration not to assume that it gets a free pass, not to take the Supreme Court for granted.” At The Atlantic (via How Appealing), Neal Katyal and Joshua Geltzer argue that “Trump keeps losing [in cases involving the Administrative Procedure Act] not because of something obscure, but because … [m]uch of his administration’s approach to governance rests on attempting executive actions that lack any meaningful justification rooted in expertise, or even rational thought.” Ilya Shapiro writes at The Federalist that the decision “set a precedent that one president’s executive action can’t be rescinded by the next president unless he jumps through hoops that his predecessor didn’t have to[; t]hat’s a recipe for ever‐​expanding federal and executive power, to the detriment of our constitutional system of government.” Additional commentary comes from Merle Kahn at Top of the Ninth and Kevin Johnson at the ImmigrationProf Blog, who maintains that “[t]he Equal Protection claim in the DACA rescission litigation deserves attention.”

Nina Totenberg reports at NPR that “[t]here is much more to come from the court in the coming weeks, but Chief Justice Roberts is clearly putting his stamp on the term so far.” At The Progressive, Bill Blum writes that although the chief justice’s overall record on the court “should dispel any suggestions that Roberts is a closeted liberal, he appears to have been moved by an unhinged chief executive to defend the rule of law and publicly reclaim the principles of judicial independence.” In an op-ed at Fox News (via How Appealing), Carrie Severino asserts that “[o]nce again, Chief Justice Roberts has failed to stand up for the institutional interests of the court by allowing it to be weaponized for partisan ends.”

At The Hill, John Kruzel reports that “Roberts is under the microscope as the Supreme Court prepares to issue its first major ruling on abortion rights in the Trump era, which will give the clearest indication yet of the court’s willingness to revisit protections that were first granted in Roe v. Wade.” Kenneth Jost observes at Jost on Justice that, although “the Court’s decisions [this week] provided a measure of consolation that the rule of law still holds in this constitutional republic,” “[t]he Court is still weighing two important cases testing whether Trump can block subpoenas about his finances issued by two House committees and by the New York City district attorney’s office.”

At the Duke Center for Firearms Law’s Second Thoughts blog, Jake Charles looks into why the court declined last week to hear any of 10 Second Amendment cases on its cert docket, unpacks Justice Clarence Thomas’ dissent from denial in one of the cases and envisions “at least a few ways a new case could get” the court’s review. At National Review, Cody Wisniewski writes that “[t]he conclusion we’re left with is that Chief Justice Roberts doesn’t want the Court to weigh in on the Second Amendment right now, and neither the four conservative justices nor the four progressive justices were confident enough of his siding with them on the issue to risk granting certiorari in any of the ten cases.”