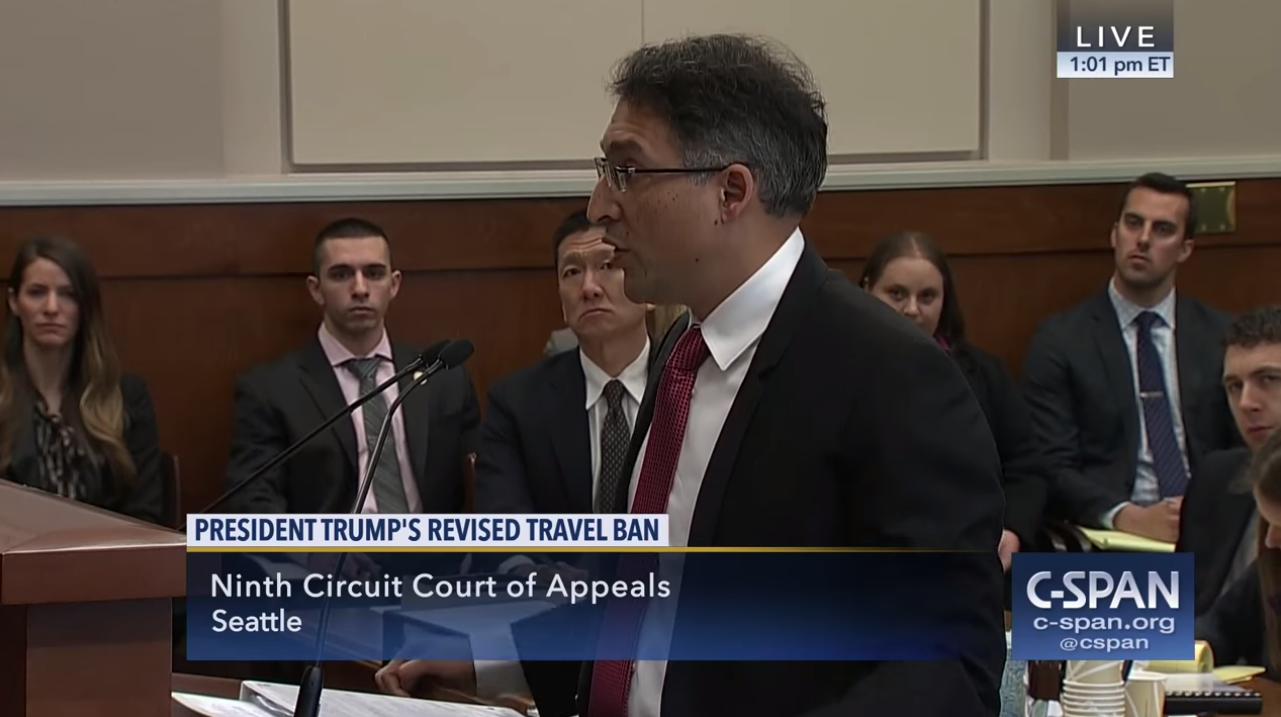 On March 4, the Supreme Court heard oral argument in June Medical Services v. Russo, a challenge to a Louisiana law that requires doctors who perform abortions to have the right to admit patients at nearby hospitals. That morning, the chief justice of the Michigan Supreme Court, Bridget Mary McCormack, took to Twitter to playfully chide her federal counterparts. “Good morning,” McCormack wrote. “I see folks have been standing in line since 2 AM to see SCOTUS arguments today.” (In reality, the public line had formed even earlier – in the morning hours on March 2.) The Michigan Supreme Court, McCormack continued, “will also be on the bench today (and tomorrow). No need to line up in the cold to see your court work,” McCormack added, because the Michigan Supreme Court’s proceedings are live-streamed; her tweet concluded with a link.

Oral arguments over President Donald Trump’s travel ban in 2017 were live-streamed by the U.S. Court of Appeals for the 9th Circuit, the only federal appeals court to regularly live-stream arguments (C-SPAN)

Justice Louis Brandeis once described the states as “laboratories of democracy.” When it comes to making their proceedings accessible to the public in real time, state supreme courts have been leading the way. In addition to Michigan, over 30 states and the District of Columbia – including Alaska, California, Texas, Montana and New York – stream video of some oral arguments in their state’s highest courts, while at least six more stream live audio. Almost all the remaining states provide either same-day audio or at least some delayed video.

The judges who sit on these state courts cite accessibility, transparency and civic education as among the benefits of live-streaming oral arguments. In announcing the decision to broadcast oral arguments at the Texas Supreme Court over the internet in 2007, Wallace Jefferson – then the court’s chief justice – emphasized that live-streaming the arguments would “enable anyone, anywhere to see how an appellate court grapples with some of the toughest legal issues our state confronts. This represents not only a great service to lawyers around Texas, but an educational opportunity for law students, colleges, high schools, and the public at large.” Nearly a decade later, Don Willett, then a justice on the Texas Supreme Court (and now a judge on the U.S. Court of Appeals for the 5th Circuit), echoed Jefferson’s thoughts on live-streaming. In 2016, Willett told the Washington Examiner that live-streaming had been “a tremendous way to demystify this inscrutable branch of government with the black robes and the snooty Latin legalese,” as well as “a terrific way for us to promote a measure of transparency” and “acquaint people from various walks of life with the court system.”

According to the state supreme court justices involved, the use of live video and audio has been an unqualified success. In New Hampshire, which has been live-streaming video of its oral arguments since 2005, a spokeswoman for the judiciary characterized the experience as “extremely positive.” And several state court judges have publicly pushed back against the idea that live video of oral arguments could lead to “grandstanding” by arguing lawyers. Justice Barry Anderson, who sits on the Minnesota Supreme Court, made clear in an exchange on Twitter that he has not seen any examples of grandstanding linked to live-streaming, while Judge Stephen Dillard of the Georgia Court of Appeals said that there have been no issues with judges or lawyers engaging in inappropriate behavior since the Georgia courts began to live-stream oral arguments.

Fix the Court, a nonpartisan nonprofit that advocates for increased transparency in the federal courts and primarily the Supreme Court, reports that the COVID-19 crisis has prompted over half of the state supreme courts to hold remote oral arguments, with all but three of those courts giving the public live access to the oral arguments via audio or video. And 12 of the 13 federal courts of appeals have held remote oral arguments since the start of the crisis; nine of those courts have live-streamed the proceedings, but it is not clear whether these courts will continue the practice when the crisis is over.