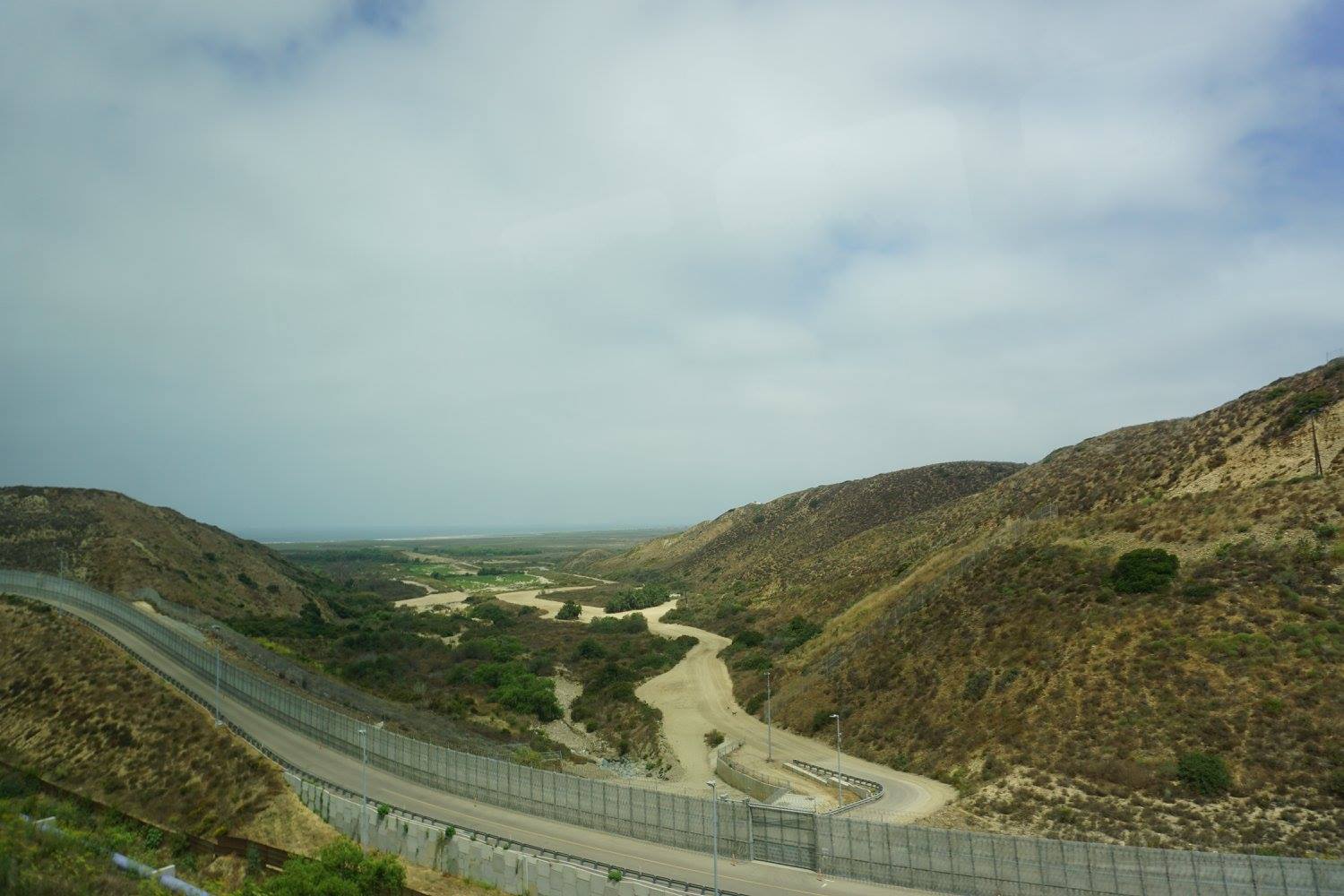 In June 2010, 15-year-old Sergio Hernandez was playing on the Mexican side of the U.S.-Mexico border when a U.S. Border Patrol agent, Jesus Mesa, fired shots across the border, hitting Hernandez in the face and killing him. Next week Hernandez’s family will be at the Supreme Court for the second time, seeking to hold Mesa responsible for their son’s death. 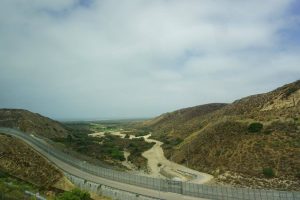 After Sergio was killed, the Hernandez family filed a lawsuit against Mesa (among others) in federal district court in Texas. The family argued that Mesa had used excessive force against Sergio, violating Sergio’s rights under the Fourth and Fifth Amendments to the U.S. Constitution. The family relied on a 1971 case named Bivens v. Six Unknown Named Agents, in which the Supreme Court allowed a lawsuit seeking money damages from federal officials for violating the Constitution to go forward.

The district court dismissed the family’s claims, and the full U.S. Court of Appeals for the 5th Circuit upheld that ruling. In 2017, the Supreme Court heard oral argument in the case and then sent it back to the lower court for another look in light of Ziglar v. Abbasi, a case from June of that year involving claims against federal officials brought by Middle Eastern men who were in the United States illegally and were detained after the September 11 attacks. In Abbasi, the court concluded that a Bivens remedy should not be extended to a “new context” when there are “special factors counseling hesitation” and when Congress has not affirmatively authorized a suit for damages.

On remand, the full 5th Circuit ruled that the Hernandez family cannot rely on Bivens to bring their claim against Mesa. Writing for the court, Judge Edith Jones concluded that allowing the family’s case to go forward would require the extension of Bivens to a “new context” because it isn’t clear whether the Constitution applies to a foreign citizen on foreign soil. And even if the context isn’t new, the court continued, there are special factors suggesting that the court should hesitate before extending Bivens.

The Hernandez family returned to the Supreme Court in 2018, asking the justices to weigh in again. The justices asked the U.S. solicitor general for the government’s views in both the Hernandez case and another cross-border shooting case from the U.S. Court of Appeals for the 9th Circuit. Because the two courts of appeals (the 5th and 9th Circuits) had reached opposite conclusions about whether a Bivens remedy is available for a claim arising from an injury to a foreign citizen in foreign territory, the government told the justices that they should grant review – and rule that Bivens does not apply in this scenario.

In their brief in the Supreme Court, the Hernandez family argues that the justices’ decision in Bivens was “not a bolt from the blue, but rather a new variation on an old (and well-established) theme” – that there is a “rich history” of holding “rogue” federal agents responsible for their actions. More specifically, they continue, this case does not involve a “new context,” but instead arises from the same context as Bivens: the excessive use of force by a rogue government agent. The Supreme Court’s cases, they stress, make clear that the family’s claims do not involve a “new context” just because there is a dispute over whether Hernandez, as a Mexican national, was entitled to protection of the U.S. Constitution at all. And even if the claims did involve a “new context,” the family adds, that fact, standing alone, would not be enough to rule out a Bivens remedy.

The federal government and Mesa counter that efforts to extend Bivens are “disfavored,” as shown by the fact that the Supreme Court has only done so twice since 1971, and not at all since 1980. Creating a damages remedy, the government insists, is a job for Congress, not the courts. The government dismisses the family’s argument that a Bivens remedy is part of a long tradition of holding federal officers liable for their misconduct: The Bivens remedy, the government explains, was not an extension of previous remedies, but instead “recognized for the first time an implied private action for damages directly under the Constitution.”

Turning to the specifics of this case, the government and Mesa maintain that it presents a “new context” for purposes of the Bivens analysis. The Supreme Court has never recognized a Bivens remedy in a case, like this one, involving an injury to a foreign national overseas. And even if the Hernandez family is claiming a violation of the same constitutional right as in other cases in which a Bivens claim was allowed to go forward, the government observes, the family’s claim is “markedly different” from the claim originally recognized in Bivens: A cross-border shooting of a foreign national in Mexico “plainly differs from the warrantless domestic invasion of a citizen’s home in Bivens.”

The Hernandez family next argues that there are no “special factors” suggesting that courts should hesitate before extending Bivens. They characterize the case as centering on a “conventional excessive force claim against a rogue federal law enforcement officer,” which would not create any national security implications because it would not affect the government’s ability to secure the border. For the same reason, the family stresses, the mere fact that the case involves a cross-border shooting does not mean that allowing a Bivens claim will interfere with foreign policy or diplomacy. If anything, they posit, the fact that there has been no remedy for Sergio’s death has had a negative effect on U.S./Mexico relations, and they point to a “friend of the court” brief that Mexico filed to support them: “Mexico considers it important that the United States make available an effective remedy to individuals on Mexican territory seeking redress for unjustified violence by U.S. border officers.”

The government pushes back, telling the justices that an “injury inflicted by the United States on a foreign citizen in another country’s sovereign territory is, by definition, an incident with international implications.” Indeed, the government notes, both Sergio’s death and border-security issues generally “have prompted exchanges between the United States and Mexico.” And allowing Border Patrol agents to be held liable for their actions at the border could, the government asserts, increase the chances that they “will hesitate in making split second decisions,” potentially weakening security at the border as a result.

The government emphasizes that in similar contexts, Congress has opted not to provide a judicial remedy for foreign nationals injured overseas. When Congress has decided to provide compensation for foreign nationals who are injured by the U.S. government abroad, the government notes, it has generally done so either through voluntary payments made after diplomatic negotiations or by establishing administrative schemes. More broadly, the government continues, the “general presumption against extraterritoriality further confirms that Bivens should not apply here,” because it would be “anomalous” for the Supreme Court to extend a remedy of its own creation when it would not do so for a statutory remedy without “a clear indication” that Congress intended the remedy to apply outside the United States.

The government tells the justices that, when courts are considering whether “special factors” counsel in favor of “hesitation” to extend Bivens, it doesn’t matter whether another federal remedy would be available to the plaintiff: “Otherwise,” the government argues, “courts would be forced to create remedies whenever Congress has specifically chosen not to do so.” But in this case, the government adds, the family members “overstate the lack of other remedies”: In some cases (even if not here) state tort suits may be an option, for example. And even if Border Patrol agents cannot be sued for excessive force, the government suggests, the prospect of other sanctions, including discipline by the Border Patrol, will deter them. And in any event, the government concludes, Congress could decide to create a remedy – it is simply not the courts’ job to do so.

The Hernandez family stresses that, unlike the plaintiffs in Abbasi, they won’t have any other remedy available if they can’t bring a Bivens claim. Responding to the government, they argue that Congress’ failure to create a remedy cannot counsel against the recognition of a Bivens remedy: If Congress’ failure to act were a “special factor,” the family asserts, then there would never be a Bivens remedy – including in Bivens itself – because Congress has never created a “specific damages remedy for plaintiffs whose constitutional rights were violated by agents of the Federal Government.” And a brief by a group of former U.S. Customs and Border Protection senior officials tells the justices that “similar incidents will likely continue to occur if agents cannot be held accountable in civil suits,” because “the unlikely prospect of discipline or criminal prosecution will not provide a meaningful deterrent to abuse at the border.”

The shooting that led to Sergio’s death was not an anomaly: One “friend of the court” brief notes that between January 2010 and July 2019, at least 90 people have died, and more have been injured, during encounters with U.S. border agents. But the Hernandez family warns that the case could have repercussions beyond cross-border shootings, telling the justices that the case is also “about whether unconstitutional conduct by rogue federal law enforcement officers will be subject to any redress going forward—and what it would mean for the Constitution and the country if the answer is ‘no.’” We’ll know more about the justices’ views after next week’s oral argument.