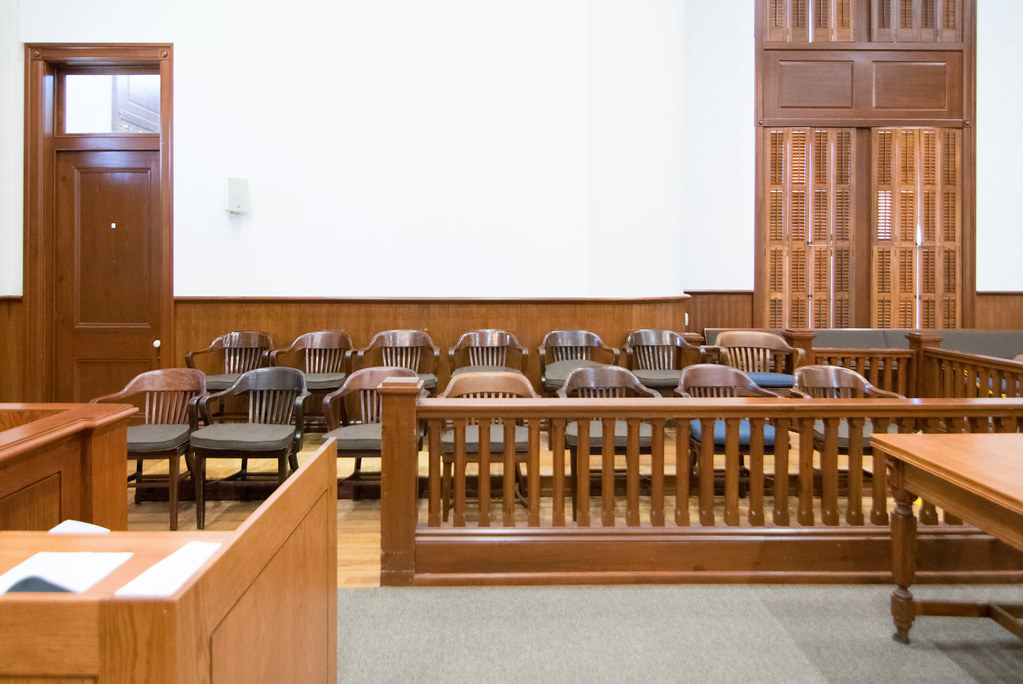 For over a century, a criminal defendant in Louisiana (except in capital cases) could be convicted without a unanimous verdict from the jury. In 2018, the state’s voters repealed the non-unanimity rule, leaving Oregon as the only state in the nation that does not require a unanimous verdict. However, the change to Louisiana law only required unanimous jury verdicts in felony trials for all crimes committed on or after January 1, 2019; it had no effect on the sentences of inmates who had already been convicted. Next week, in a relatively rare afternoon session on the first day of the new term, the Supreme Court will hear oral argument in a challenge to the constitutionality of Louisiana’s non-unanimity rule.

Evangelisto Ramos was convicted of second-degree murder for the sexual assault and stabbing death of Trinece Fedison, whose body was found in a trash can in New Orleans in 2014. Ramos insisted that he was innocent, even though his DNA was found on the trash can in which the victim’s body was discovered. Ramos admitted that he had had sex with Fedison, but he claimed that she had left his house after that and driven away with two other men.

Ten of the 12 jurors on Ramos’ jury voted to convict him. Ramos was sentenced to life in prison at hard labor, without the possibility of parole. A state intermediate appeals court upheld his sentence, rejecting his argument that the Sixth Amendment to the Constitution – which establishes the right to an “impartial jury” – requires a unanimous jury verdict. The Louisiana Supreme Court declined to weigh in, but the U.S. Supreme Court agreed to hear the case last spring.

At the heart of Ramos’ case is a doctrine known as incorporation. When it was originally enacted, the Constitution’s Bill of Rights – the first 10 amendments – was interpreted as applying only to the federal government, not to the states. But beginning in the early 20th century, the Supreme Court ruled that some (and eventually most) of the Bill of Rights also applies to the states through the 14th Amendment to the Constitution, which bars states from depriving anyone of “life, liberty, or property, without due process of law.” Just last term, the justices decided another case involving incorporation of the Bill of Rights, ruling unanimously that the Eighth Amendment’s ban on excessive fines applies to the states through the 14th Amendment.

In his brief on the merits, Ramos starts with the threshold question of whether the Sixth Amendment’s jury trial clause requires a unanimous verdict at all. He argues that the answer is yes: The Sixth Amendment, he contends, guarantees a defendant in a criminal case a “trial, by an impartial jury,” which the Supreme Court has consistently interpreted as requiring a unanimous jury verdict before a defendant can be convicted of a crime. This includes the court’s 1972 decision in Apodaca, he continues, in which “a majority of the Court agreed yet again that the Sixth Amendment requires jury unanimity to convict.”

The history and purposes of the jury trial clause also make clear that a unanimous verdict is required to convict a defendant, Ramos continues. Starting as far back as the 14th century, Ramos explains, laws in England required a unanimous verdict. The colonies embraced this requirement in their own legal systems, and the Framers of the Constitution and the Bill of Rights adopted this understanding of what the right to jury trial meant in the Sixth Amendment. The requirement of a unanimous verdict also serves important purposes at the heart of the jury trial right, such as countering possible bias or overreach by prosecutors. “Indeed,” Ramos writes, “the knowledge that a conviction cannot be obtained absent a unanimous verdict deters prosecutors from bringing questionable charges in the first place.” The requirement also “ensures the jury’s verdict represents the voice of the whole community” and “promotes public confidence in the reliability and fairness of the criminal justice system.”

Louisiana counters that the Sixth Amendment does not require a unanimous jury. Nothing in the text of the Constitution imposes such a requirement, even though the Constitution imposes other requirements on the jury system – for example, specifying where jury trials must take place. And, the state argues, the justices should not assume that, just because juries were required to be unanimous in the late 18th century, that requirement was tacitly included in the Constitution’s reference to a “jury.” To the contrary, the state suggests, the history of the Bill of Rights shows that the Framers intentionally omitted a unanimity requirement from the Sixth Amendment: The original draft of the amendment included a unanimity requirement, but the Senate rejected it, instead adopting a different version without one. At the same time, the state observes, some state constitutions explicitly imposed a unanimity requirement – which they would not have needed to do if the phrase “trial by jury” had been understood to include a requirement that the jury’s vote be unanimous. Indeed, the state adds, there were other historical jury practices that no one has argued should be read into the Sixth Amendment – for example, “the requirement that juries consist of twelve male property owners who would be held without food and drink until they returned a unanimous jury verdict.”

Louisiana also sees no conflict between the purpose of the Sixth Amendment and a rule that jury verdicts do not have to be unanimous. The purpose of the jury trial clause, the state stresses, is to ensure that a defendant is convicted by members of the community, who have looked at the evidence and independently concluded that he is guilty beyond a reasonable doubt. That purpose is served, the state insists, whether the vote is unanimous or is instead 11-1 or 10-2 – as demonstrated by the fact that most countries (including England) that use jury trials do not require unanimous verdicts. Eliminating the unanimity requirement also significantly reduces the likelihood of a deadlocked jury, the state notes, which in turn reduces burdens on court systems.

Ramos acknowledges the court’s 47-year-old ruling in Apodaca, but he explains that the court in that case was so splintered that Powell’s controlling opinion should not be treated as precedent. This is particularly true, he argues, because most of the justices didn’t even agree with Powell’s rationale.

The state pushes back here too, arguing that because the Sixth Amendment does not create a right to a unanimous jury, there is “nothing to ‘incorporate’ against the States under the” 14th Amendment. And even if there were, the state continues, Ramos has not provided a good reason for the court to reverse course and overrule its decision in Apodaca now, when Louisiana has changed its rule to require unanimity going forward and Oregon is also considering a similar change. By contrast, the state cautions, overturning the court’s ruling in Apodaca would open a Pandora’s box of problems, from appeals by prisoners whose convictions became final long ago to challenges to the constitutionality of smaller juries, which are used by at least 40 states in some cases. Oregon filed a “friend of the court” brief supporting Louisiana that echoes this warning. That brief states that a ruling “that the Sixth Amendment requires unanimity in state prosecutions will overturn hundreds if not thousands of past convictions”; many of these cases, Oregon says, could not be retried.

On the other side, one “friend of the court” brief supporting Ramos came from the NAACP Legal Defense and Educational Fund, which reminds the justices that Louisiana enacted its non-unanimity rule once it had to allow black people to serve as jurors, because the state wanted to make it easier for white jurors to convict black defendants. The rule served its purpose, LDF concludes: “Up until 2018, when Louisianans voted to remove the non-unanimous jury provision from their constitution, black defendants were more likely to be convicted by non-unanimous juries, and black jurors were more likely than white jurors to be in the dissent.”

The state rejects LDF’s characterization of the origins of the rule, telling the justices that although several provisions of the state’s 1898 constitution – such as its “imposition of grandfather clauses, poll taxes, and literacy tests” were indeed “the unfortunate product of animus,” the non-unanimity rule wasn’t one of those provisions. Instead, the state asserts, “all available evidence suggests that the non-unanimity rule was motivated by concerns for judicial efficiency rather than an improper racial purpose.”

At last year’s oral argument in Timbs, Justice Neil Gorsuch seemed almost bemused at the idea that the justices were considering whether the Eighth Amendment’s excessive fines clause applies to the states. In an exchange with Thomas Fisher, Indiana’s solicitor general, Gorsuch observed somewhat incredulously that “here we are in 2018 still litigating incorporation of the Bill of Rights. Really? Come on.” We’ll have a better sense next week whether Gorsuch and other members of the court regard Ramos’ case as equally straightforward.