Empirical SCOTUS: A little change will do you good — oral argument interruptions OT2017 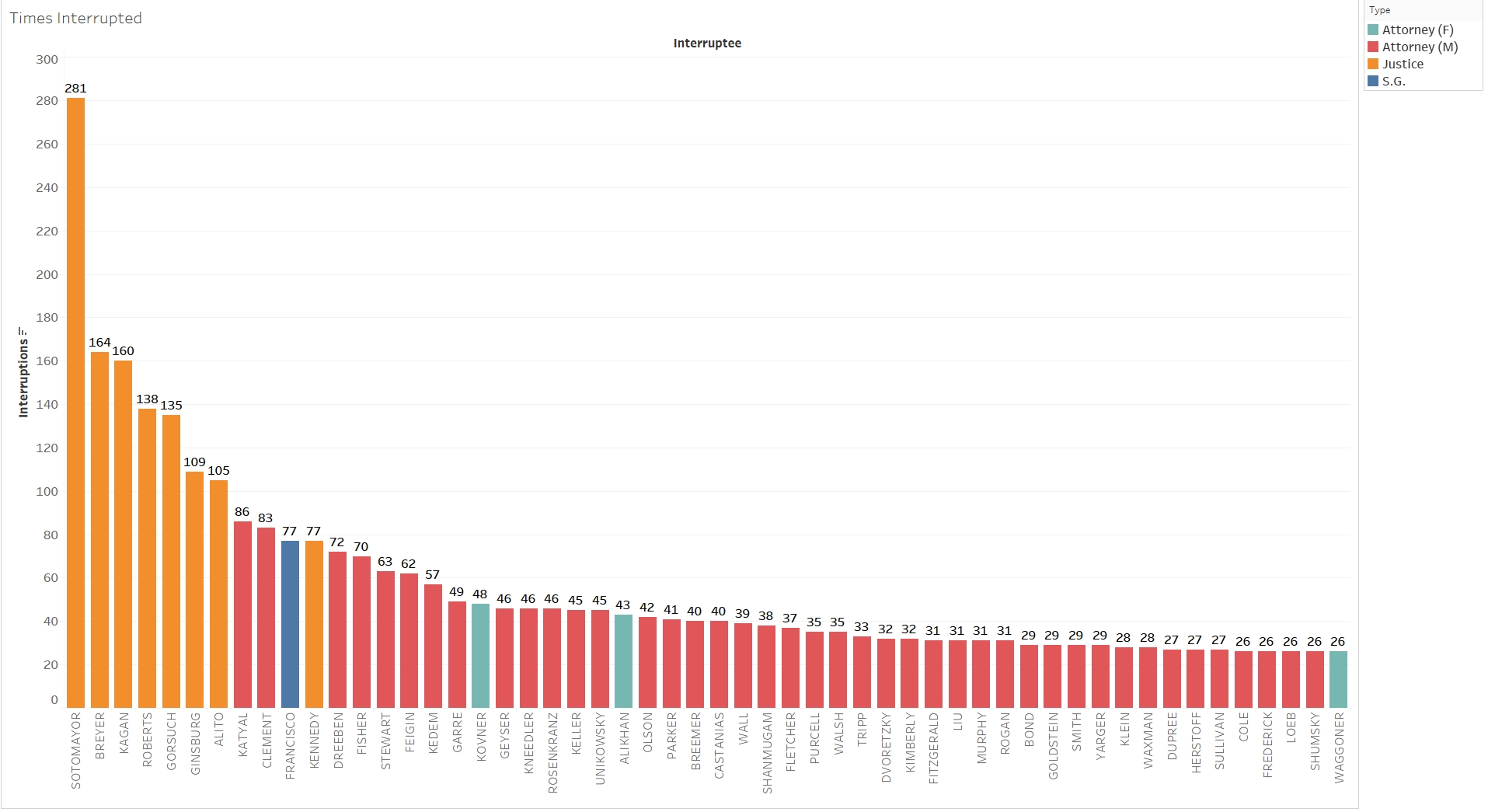 Although female justices have only served on the Supreme Court since 1981, a relatively short slice of the court’s history, gender imbalances have existed in oral argument interruptions for many years, with female justices bearing the brunt of them. These imbalances were identified in a blog post on Empirical SCOTUS, with subsequent commentary from Stephanie Mencimer at Mother Jones. Other articles and scholarly papers (and here) then conducted deeper inspections of these interactions, with one study finding that these gender imbalances even extended to Supreme Court advocates.

Insights from these works became the subject of Justice Sonia Sotomayor’s remarks at the recent American Constitution Society convention. As the results of previous studies have reached a wide audience and, as Sotomayor claims, have been acknowledged by the justices, one might expect that the justices have rectified or attempted to rectify these imbalances.

Before investigating this claim with the 2017 term data, a quick note about the methodology. As with other studies on this subject, this post used a script to note each time a speaker’s remarks ended with a double-dash (“–”) rather than a period. Each speaker’s full speaking turn was coded as one utterance. Utterances end at the close of a sentence, with an interruption, or at the close of a segment of oral argument. If a speaker’s utterance ended with a double dash, then the initial speaker was coded as interruptee and the subsequent speaker was coded as interrupter. The script was developed and implemented by attorney Alexander Kappner.

Whether or not any changes have had an impact depends on the way we examine the data, but the results are hopeful. Sotomayor was far and away the most interrupted justice for the 2017 term when looking at interruptions by attorneys and justices. 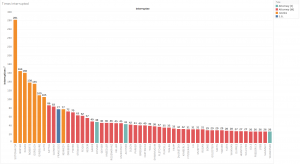 Because Justice Stephen Breyer, the second most interrupted justice, spoke more total words at oral arguments this term than Sotomayor, Sotomayor’s words per interruption were much lower than Breyer’s in the aggregate. Beyond the justices, the attorneys interrupted the most (in terms of total interruptions) were Neal Katyal, Paul Clement and Solicitor General Noel Francisco. Only three female advocates made this list of most interrupted attorneys, which is likely more of an artifact of the infrequency with which female attorneys argued this term than of the justices’ propensity to interrupt female attorneys. 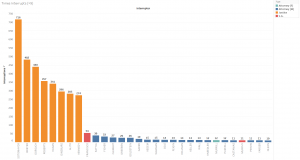 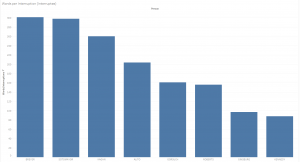 Breyer, the justice who spoke the most, was interrupted the least frequently according to this metric. After Breyer come Sotomayor and Justice Elena Kagan. Justices Samuel Alito and Neil Gorsuch fall to the middle of this figure, while Chief Justice John Roberts and Justices Ruth Bader Ginsburg and Anthony Kennedy were interrupted most frequently. At first blush this figure makes it seem as though the female justices were not interrupted more frequently than the male justices this term. The other measures support this point.

The figure for justices’ sentences per interruption for interrupted justices appears similar to, although not exactly the same as, the previous figure. 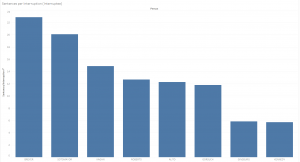 Breyer still comes in first with most sentences spoken per interruption. The only changes of the ordering of justices from the words-per-interruption figure pertain to Roberts, Gorsuch and Alito in the middle.

The figure for utterances or talking turns per interruption further supports the point that female justices were not interrupted more frequently than male justices. 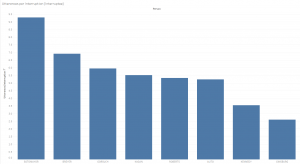 The other side of the coin tells a similar tale. When looking at the justices’ words per interruption while focusing on justices as interrupters, we get the following figure: 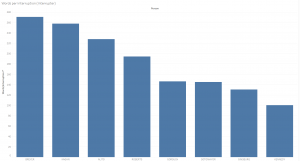 There are slight differences when looking at sentences per time interrupting. 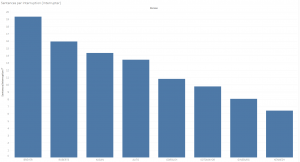 Lastly, looking at interruptions by utterance, there is a more substantial shift in the justices’ ordering. 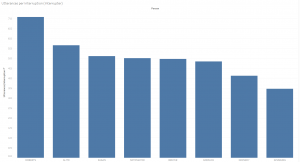