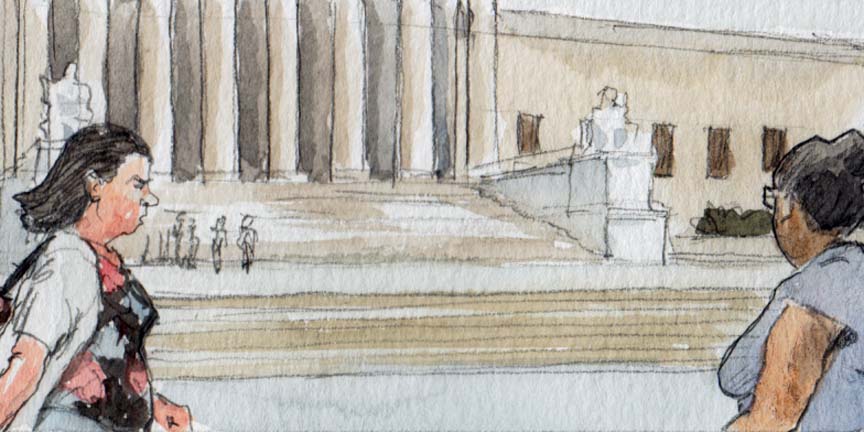 At Newsweek, Marie Solis reports on National Institute of Family and Life Advocates v. Becerra, a First Amendment challenge by crisis-pregnancy centers to a California law that, among other things, requires licensed centers to post notices to inform patients about the availability of state-funded family-planning services, including abortion; she notes that, according to one expert, “the First Amendment community often finds itself divided over free speech issues that have to do with consumer services, like those CPCs provide.” At Take Care, David Gans weighs in on the case, arguing that the centers’ “unforgiving view of the First Amendment—which has never been the law and is badly out of step with decisions such as Citizens United—would gut a vast array of disclosure laws and leave consumers in the dark about critically important matters.”  Additional commentary comes from Maggie Jo Buchanan and others at the Center for American Progress and Robin Marty at Dame.