“Full of Sound and Covfefe”: The Trial of the Weird Sisters 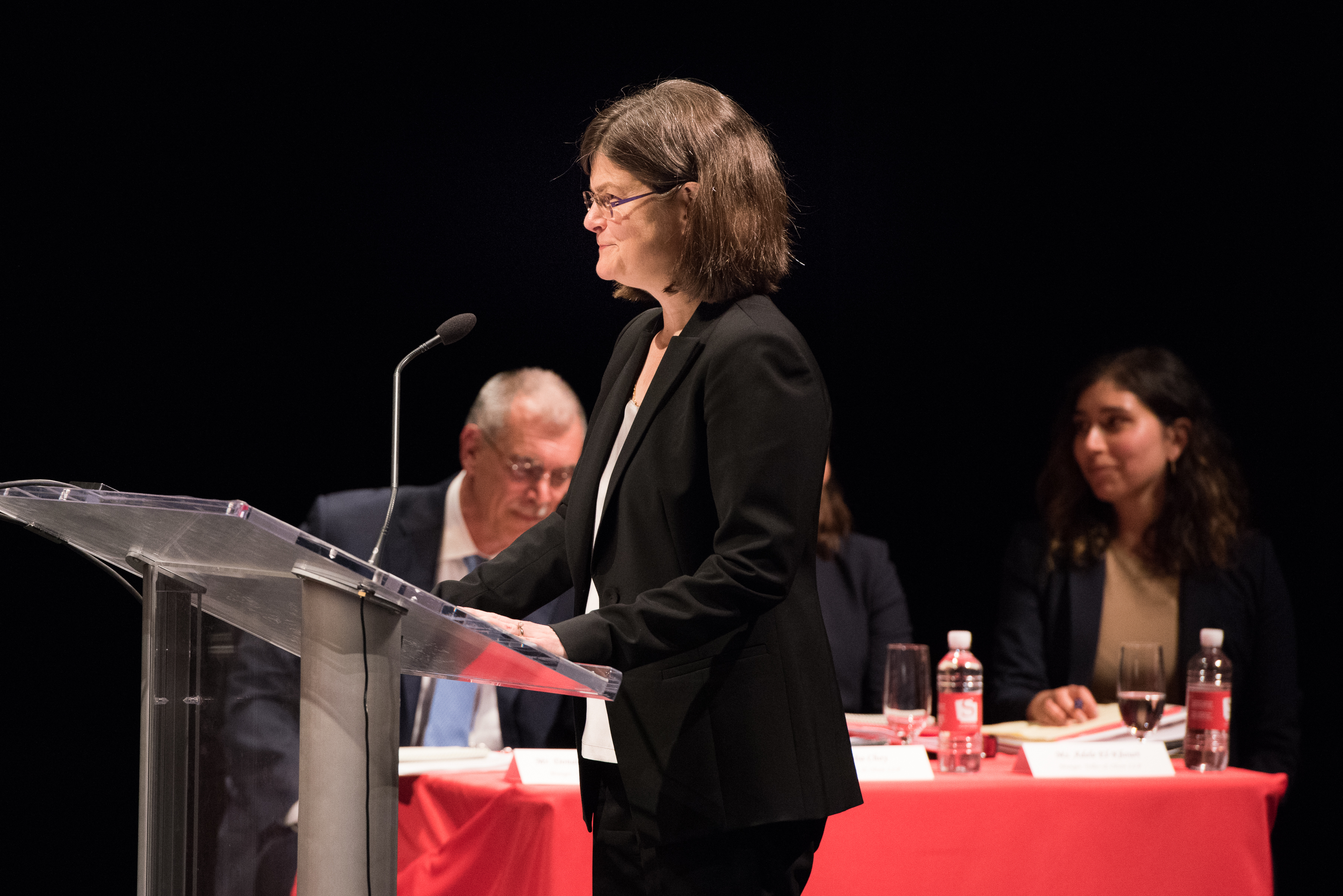 “This is the single greatest witch hunt in Scotland’s history,” declared Deanne Maynard, counsel for the Weird Sisters. So began an evening of jokes perhaps best appreciated by a Washington, D.C., audience. Maynard battled former solicitor general Don Verrilli in the case of The Weird Sisters v. Kingdom of Scotland, based on Shakespeare’s “Macbeth.” The Sisters were challenging their death sentences for their alleged role in Macbeth’s murder of King Duncan before U.S. Supreme Court Justices Ruth Bader Ginsburg and Stephen Breyer and Judges Sri Srinivasan, David Tatel and Patricia Millett of the U.S. Court of Appeals for the District of Columbia Circuit. 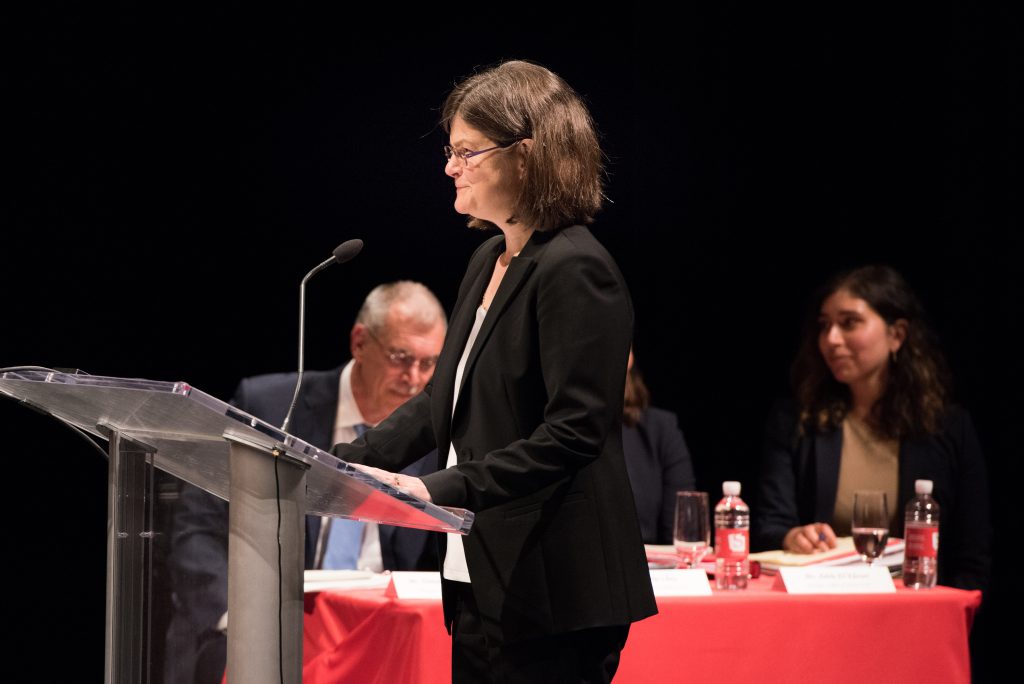 In the lower court, the Sisters had been found guilty of both using witchcraft to solicit Duncan’s murder and aiding and abetting Macbeth in his commission of the crime. Addressing the first accusation, Maynard argued that the Sisters’ prophesying activity was protected by the First Amendment. (11th century Scottish law here looks remarkably similar to that of the 21st century United States.) Maynard proceeded to point to the role Lady Macbeth (“such a nasty woman”) played in convincing her husband to commit the crime. But given that both Macbeths had since perished, King Malcolm needed to “drain the bog” and were using the three vulnerable women as scapegoats.

One underpinning of Maynard’s argument was an inherent sexism in witchcraft proceedings. Maynard, who was assisted by two female associates, pointed out that the three of them could themselves be considered a coven of witches. And when Breyer questioned some of the supernatural accusations, Maynard said point-blank, “You’re a man,” and suggested that Macbeth kept “manterrupting” the Sisters.

Representing the Kingdom of Scotland, Verrilli opened with the assertion that “complaining about a witch hunt doesn’t get rid of a sound legal argument” and that “if someone is complaining about the greatest witch hunt” you can be assured that “something wicked this way comes.”

Verrilli’s argument focused on the inconsistencies in the Sisters’ assertions about their religious practices — are the women witches with a religion or just three sisters who have been unfairly maligned? “It’s like you say something is commerce, but then uphold it as a tax,” Verrilli continued.

Verrilli also questioned the supposed neutral nature of the Sisters’ prophecy to Macbeth that he would one day be king. He noted that “the Weird Sisters appear out of nowhere, like Sean Spicer from the bushes,” as evidence that this was no accident. That would be “pure applesauce,” he continued. Verrilli posited that it wasn’t just the prophecy, but the spell the sisters cast on Macbeth that made them culpable. 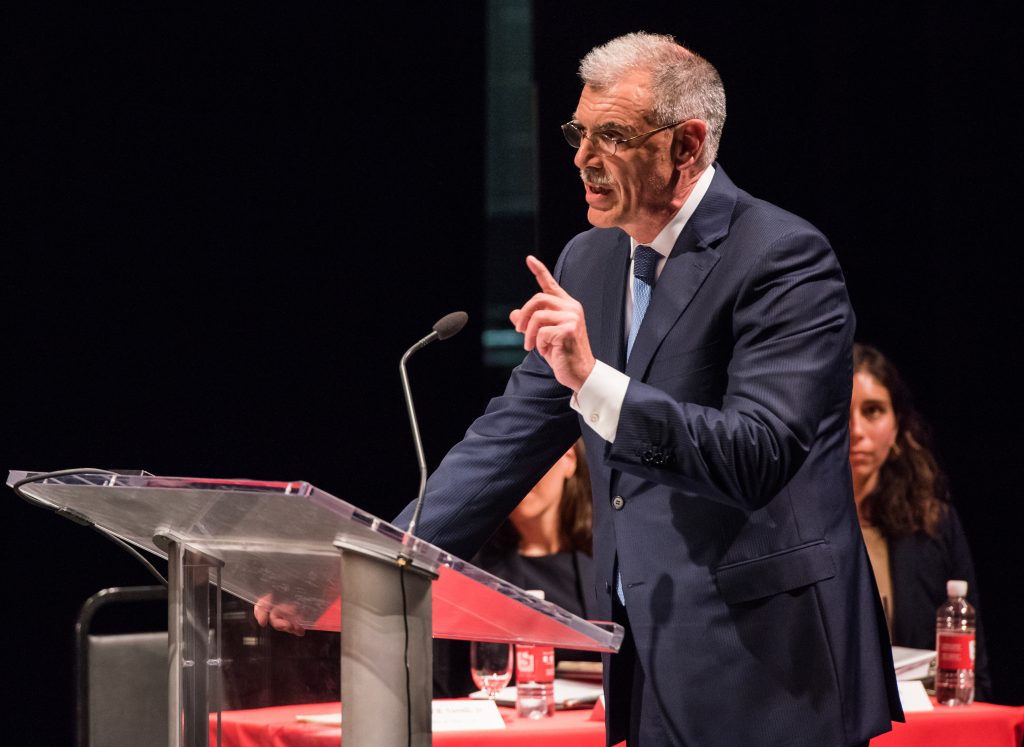 The panel at times questioned the reliability of Macbeth’s story. “Didn’t Macbeth claim to have the biggest coronation crowd in history?” Millett inquired. And Ginsburg wondered whether the bloody dagger the Sisters allegedly conjured could have been in Macbeth’s mind. Breyer, who spent much of the proceeding confused by Verrilli’s “chestnut argument,” may have been distracted by a phone call he took from the bench in the middle of the session.

When the panel returned their verdict, the justices explained their votes. Ginsburg first delivered the opinion of the court that the women, whom even feminist icon RBG herself accidentally called “witches,” did not aid or abet in the murder. Ginsburg pointed to the historical fear of witches as a reason to burn women.

Srinivasan concurred, noting that the judges should approach their jobs with “empathy,” and harkening back to a time when he used to call his sisters weird, something he now regrets. Millett seemed the most outraged at the lower court’s opinion, noting that when Nate Silver accurately predicts who will be king, he is praised, but when these three women did so, they were convicted. Tatel, who had impressively asked all of his questions in trochaic meter, asserted, still in meter, that although he agreed with the result of the opinion, he differed in his reasoning, suggesting an equal protection argument for overturning the decision. Finally, Breyer, who had served as an off-kilter contrarian during much of the argument, was the lone dissenter, noting that “I don’t understand the chestnut argument, but I sense that it was a very good one.” 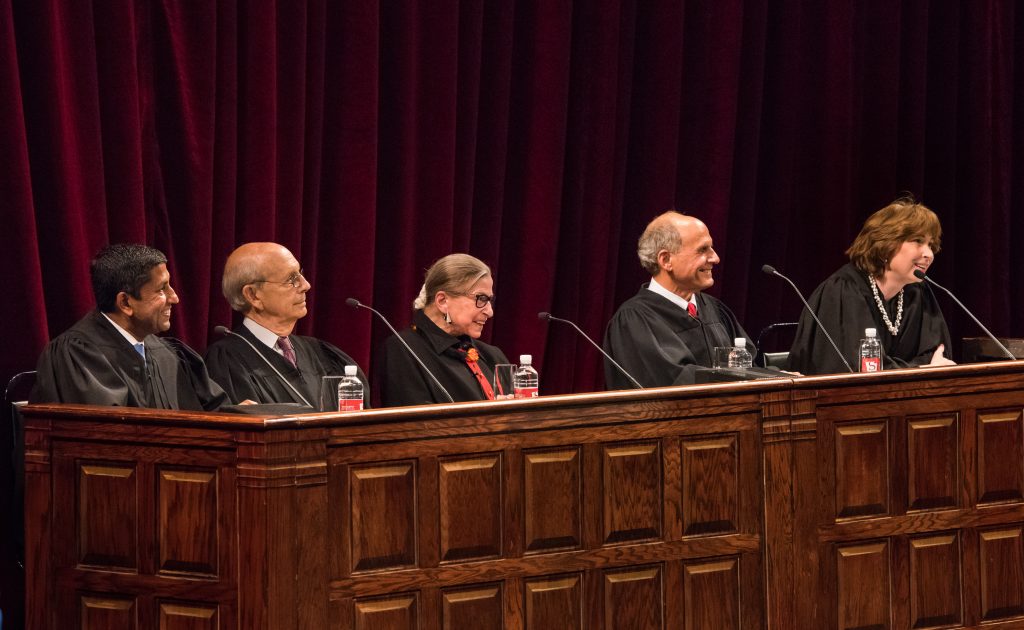 This mock trial was put on by the Bard Association of the Shakespeare Theatre Company in Washington, where “Macbeth” recently finished its run.