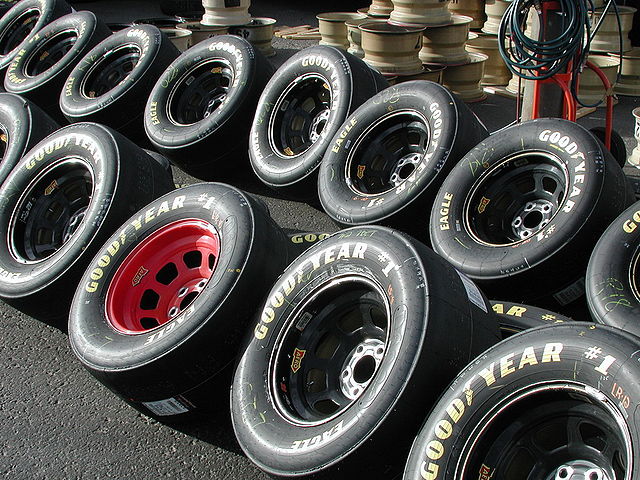 In Goodyear Tire & Rubber Co. v. Haeger, to be argued on January 10, the court will consider whether an award of attorney’s fees and costs, imposed under a district court’s inherent authority as a sanction for bad-faith conduct in discovery, must be limited only to fees and costs “directly caused” by the bad faith conduct.

Leroy, Donna, Barry and Suzanne Haeger were seriously injured when one of the Goodyear G159 tires on their motor home failed while the car was traveling on a highway in Arizona. The Haegers sued in Arizona state court in 2005, one of several lawsuits against Goodyear throughout the country over alleged defects in the G159. Goodyear removed the case to federal court, where discovery commenced. Over the next five years, until the parties settled in April of 2010, the parties wrangled over discovery, particularly the Haegers’ requests for production of the results of various federally mandated tests that Goodyear performed on the tire. The current dispute centers on a “Heat Rise” test (showing that the tire operated in excess of 200 degrees at highway speeds) that was not produced in the Haegers’ case, although it was produced in other G159 cases.

More than one year after settlement, the Haegers moved for discovery sanctions because of Goodyear’s failure to disclose the Heat Rise test; the Haegers’ trial counsel had learned about the test from news reports on other G159 cases. Although the Haegers sought sanctions under rules and statutes regulating discovery and litigation conduct, the district court unilaterally relied on its inherent power in imposing the sanctions. The court found that Goodyear and its counsel had acted in bad faith, eschewed a close look at the linkage between any specific act of bad faith and specific expenses, and ordered Goodyear and two of its attorneys to pay more than $2.7 million in attorney’s fees and costs, covering most of what the Haegers incurred over the course of the litigation. The district court did not provide Goodyear or its lawyers with heightened due-process protections, such as a jury trial, before imposing the sanctions. The court allowed that, if the court of appeals determined that a direct linkage between each act of bad faith and each expense incurred by the Haegers was required, it would reduce the award by approximately $700,000.

The U. S. Court of Appeals for the 9th Circuit affirmed the award. Relying on the Supreme Court’s decision in Chambers v. NASCO, the court of appeals held that the district court did not abuse its discretion in awarding the full amount of litigation fees, even without finding a precise linkage, given Goodyear’s bad faith and the pervasiveness of its misconduct. Goodyear asked the Supreme Court to review the 9th Circuit’s decision, which it agreed to do this fall.

Goodyear grounds its argument in what it maintains is the fundamental identity of three sources of judicial power to impose monetary sanctions – contempt of court, inherent authority over bad-faith conduct, and statutory authority under provisions such as Rules 11 and 37 of the Federal Rules of Civil Procedure, 28 U.S.C. § 1927 (imposing fees for attorney conduct that unreasonably “multiplies” proceedings), and 28 U.S.C. § 1988 (providing for attorney’s fee awards to prevailing parties in civil rights actions). These sources of sanctioning authority operate against the background of the “American Rule” that parties are responsible for their own litigation expenses, except in narrow circumstances. Together, all lead to the conclusion that “attorney’s fee sanctions under inherent power are limited by a direct causation requirement,” under which every specific expenditure awarded must link to a specific wrongful act (or acts).

Goodyear insists that under the various rules and statutes governing their power to impose monetary sanctions, courts can award only attorney’s fees “directly caused by the misconduct.” This limitation reflects a legislative judgment that “sanctions should be narrowly tailored to the harm directly caused by the misconduct,” as opposed to operating as a “wide-ranging damages remedy.” If sanctions under inherent powers were not similarly limited, courts could circumvent that legislative judgment. Courts might be tempted to invoke their inherent authority in the first instance, rather than as a last resort; such an approach would turn on its head the presumption, rooted in principles of separation of powers, that courts should exercise legislatively granted rather than judicially created authority.

Turning to the contempt power, Goodyear focuses on the court’s 1994 decision in International Union, United Mine Workers of America v. Bagwell. The court in Bagwell distinguished fines imposed for civil contempt from fines imposed for criminal contempt. Civil contempt fines are either remedial, in that they coerce someone into compliance with court orders, or compensatory, in that they compensate someone for losses suffered by the violation of court orders. A fine that is neither remedial nor compensatory is punitive, and thus constitutes criminal contempt, requiring the court to accord heightened due-process protection, such as a criminal jury trial. The Bagwell court held that the contempt fines imposed on a labor union were not civil when the lower court never attempted to “calibrate the fines to damages caused by the union’s contumacious activities or indicate that the fines were ‘to compensate the complainant for losses sustained.’”

Although Bagwell involved fines imposed under the contempt power rather than attorney’s fees awarded under the inherent power to sanction bad-faith discovery conduct, Goodyear insists that “the Court has long recognized the intertwined nature of contempt and inherent authority sanctions, including their common purpose” of enabling courts to function and to protect their authority. It follows, Goodyear argues, that “the key line of demarcation” between civil and criminal sanctions – regardless of source (contempt, statutory or inherent powers) – is direct causation. A monetary sanction, including attorney’s fees, “compensates” only if it reflects and replaces money lost because of (that is, caused by) some misconduct. If the fee award extends beyond money lost directly because of that misconduct, it no longer compensates for the loss, and thus is no longer civil. In this case, to “avoid straying beyond compensatory civil sanctions, the district court should have ‘limited the award to fees that can be linked in a non-speculative way to the misconduct.’” Appropriately targeted sanctions might include recovery of money wasted on expert discovery that assumed the Heat Rise test did not exist, money wasted on supplemental discovery, and money spent on hearings at which misconduct occurred. The award of all fees expended on the entire litigation imposed here, however, is not sufficiently targeted under a direct-causation standard, making it inappropriate as a civil sanction.

The Haegers begin by arguing that most of Goodyear’s legal arguments are red herrings. Neither they nor the lower courts disputed that fees and costs must be causally connected to bad-faith misconduct.

The key to the case, they argue, is the nature of Goodyear’s misconduct – it permeated the entire litigation, effectively rendering the legal proceedings a sham. This is therefore not a routine case in which sanctions for an isolated bad-faith act can be readily identified—such as, for example, when one party files a frivolous motion and an appropriate sanction might be an award of the cost incurred in responding to that motion. When sanctionable conduct undermines the entire litigation, an award of all attorney’s fees and costs incurred in dealing with that sham litigation may be appropriately compensatory: All fees expended in litigation are “caused” by or “because of” the bad-faith conduct when the entire litigation is a product of that conduct. This, the Haegers argue, justifies the 9th Circuit’s reliance on Chambers.

The district court made two findings supporting an award of total-litigation fees: 1) Goodyear’s concealment of the critical test evidence began almost immediately after the case was filed, continued throughout, and “permeated the entirety of the case”; and 2) the case more likely than not would have settled “much earlier” had Goodyear not acted in bad faith in concealing the report. The Haegers remind the court that both findings are subject to review for clear error, meaning the trial court’s findings must be affirmed if they are plausible in light of the record viewed in its entirety. As to the second finding, the Haegers emphasize the specifics of this case. Goodyear’s expert conceded that the G159 would fail at temperatures above 200 degrees. The Haegers argue that combining that admission with the Heat Rise test results showing that the G159 operated at greater than 200 degrees at highway speeds would have provided conclusive evidence in support of their claim, leading Goodyear to settle more quickly and avoiding many of the costs and fees incurred.

The Haegers further argue that there is no basis for the heightened direct-causation requirement Goodyear urges. Such a direct linkage between each bad-faith action and a particular expenditure extends beyond the proximate cause or “reasonably foreseeable” results required in tort law and under other statutory sanctions mechanisms. Nor does it find any support in precedent: Previous courts have looked only to whether an expense was caused by the misconduct, without the additional qualifier that the causal link be “direct.” Moreover, a heightened causation requirement would have negative consequences in cases, such as this one, in which extensive and pervasive bad-faith conduct permeates the entire litigation.

Finally, the Haegers attempt to limit the scope of the dispute, thereby reducing the effect of any adverse decision in the Supreme Court. They insist that Goodyear only challenged approximately $700,000 in fees before the district court, which issued a contingent judgment reducing the fee award by that amount if a higher causation standard were found to be required. Thus, the Haegers argue, Goodyear has waived its challenge to anything other than that $700,000 portion. Alternatively, if the court decides that direct causation is required, the justices can simply order the district court to enter the lower contingent judgment, without any need for further proceedings on remand.

The broader implications of this case sound in competing perceptions of the cost and expense of discovery, the source of discovery abuse, and what courts can do to control it. The Haegers fear that a direct-causation requirement would unduly complicate the sanctions inquiry, chilling district courts from looking into or attempting to control bad-faith litigant conduct that permeates litigation, to the benefit of litigants who act in bad faith. On the other side, the National Association of Manufacturers, in a brief supporting Goodyear, fears that “giving parties access to windfall recoveries in excess of their corresponding attorney’s fees and costs will incentivize more discovery disputes and lead to greater injustices.”