Argument preview: Court returns, again, to the death penalty and the intellectually disabled 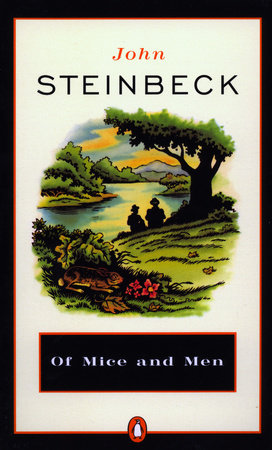 In 2002, in Atkins v. Virginia, the Supreme Court ruled that the Constitution’s prohibition of cruel and unusual punishment bars the execution of individuals who are intellectually disabled. The court did not, however, provide detailed guidelines on how states should determine whether someone is intellectually disabled, leaving that job to the states. Twelve years later, in Hall v. Florida, the justices struck down a Florida rule that created a bright-line cut-off for intellectual disability that excluded anyone with an IQ score above 70. The court made clear that its decision in Atkins did not give states “unfettered discretion to define the full scope of the constitutional protection” for the intellectually disabled. Rather, the court emphasized, the legal determination of who is intellectually disabled should be “informed by the medical community’s diagnostic framework.” Next week, in the case of a Texas death-row inmate, the justices will return to the question of what form that legal definition should take – and, in particular, how up-to-date the standards used to determine intellectual disability must be.

Lawyers for inmate Bobby James Moore tell the justices that Moore failed first grade twice, but was still advanced to the next grade so that he wouldn’t be significantly older than the other students in his year. When he was 13, they add, he still “lacked basic understanding of the days of the week, the months of the year, the seasons, telling time, the standards of measure, and the principle that subtraction is the reverse of addition.” And, to make matters worse, Moore “also suffered a debilitating head injury during Texas’s schoolhouse integration battles”: He was “hit in the head with a chain and a brick as he tried to make his way to the bus.”

In 1980, when Moore was 20, he and two other men robbed a supermarket. One of the store’s employees was shot and killed during the robbery; Moore was convicted of the shooting and sentenced to death. Over 30 years later, Moore was again sentenced to death, but a state trial court determined, after a two-day hearing, that Moore is intellectually disabled and cannot be executed.

On appeal, the Texas Court of Criminal Appeals reversed, holding that Moore had not established that he was intellectually disabled. Moore asked the Supreme Court to review that ruling, which it agreed to do last June.

The dispute between Moore and the state of Texas runs deep. The two sides disagree not only about whether the lower court’s ruling was correct, but also about what the court actually decided. Moore contends that the CCA ruled that, when determining whether someone is intellectually disabled, Texas courts are required to use a definition of intellectual disability that dates back to 1992, rather than more current medical standards. Based on the 1992 standards, the CCA concluded, Moore is not intellectually disabled.

The state counters that the CCA did not, as Moore contends, in fact prohibit state courts from considering current medical standards. Rather, it explains, the court considered more recent resources in Moore’s case, and it even acknowledged that two diagnostic manuals used to diagnose intellectual disability had been revised. However, the court simply concluded that, despite the revisions, there was no need to change the state’s standard because that standard “remains adequately informed by the medical community’s diagnostic framework.”

The framework that the CCA used to determine that Moore is not intellectually disabled is, the state argues, fully consistent with the Supreme Court’s decisions in Atkins and Hall. In Atkins, the court indicated that states should have some leeway to “develop substantive standards implementing the prohibition on executing persons with intellectual disability,” and in Hall it made clear that those standards should be “informed by the medical community’s diagnostic framework.” But what it did not do, the state emphasizes, was to require the states “to strictly follow a particular clinical definition of intellectual disability.”

Texas is hardly an outlier in not expressly adopting the current standards, the state observes: Only four of the states that impose the death penalty have adopted one of the revised diagnostic manuals as their legal standard for intellectual disability. And of those four, the state adds, only one adopted the manual in an effort to incorporate current medical standards into its legal definition of intellectual disability; two others adopted the standards contained in the manual “only after determining that they did not effect a substantive change.” On the other hand, Texas points out, 24 states still use a test based on earlier versions of the manuals.

Moore contends that the lower court also erred when it relied on a series of “evidentiary factors” developed from both stereotypes of the intellectually disabled and a famous literary character – Lennie in John Steinbeck’s “Of Mice and Men,” a work of fiction – in determining whether Moore was intellectually disabled. Those factors, Moore argues, are “unapologetically non-clinical” and are “based, at least in part, on the fundamental misconception that only a subset of those diagnosed as intellectually disabled may be excluded from execution.” Like the state’s use of outdated standards, he concludes, the use of these factors creates a risk that inmates with intellectual disabilities will be executed, in violation of the Constitution, because their disabilities, “though constitutionally significant, may be less obvious and less severe than those of other individuals.”

Texas counters that the factors referenced in the CCA’s decision are not part of its three-part test for intellectual disabilities and have no real link to “Of Mice and Men.” Rather, it stresses, the CCA has “made clear that these additional factors” “are entirely optional.” And in any event, the state adds, the factors made no difference to the outcome of Moore’s case: The lower court’s discussion of these “optional” factors took up only two of the 92 pages of the majority’s opinion and were used only to support “a second alternative holding” disposing of Moore’s claim that he is intellectually disabled and cannot be executed.

The Supreme Court’s ruling in Moore’s case could literally be a matter of life and death for Moore himself. But the case’s potential implications could be much broader, extending to other inmates who argue that they are intellectually disabled – not only in Texas but also in other states that have not adopted legal definitions that are expressly based on the current medical standards. Justice Anthony Kennedy was the author of the court’s 2014 decision in Hall, which was joined by the court’s four more liberal justices. With all five of those justices still on the court, the outlook seems favorable for Moore, but we will know more after next week’s argument.