Argument preview: Court to consider when a trust is a “citizen” for purposes of diversity jurisdiction

Take me back, take me back, take me back to the placid mornings of my Federal Courts course, listening to the magisterial pronouncements of Charles Alan Wright so many long decades ago. Americold Realty Trust v ConAgra Foods, Inc. presents just the kind of question I might have faced on a final examination in that course: in what states is a trust a “citizen” for purposes of diversity jurisdiction? 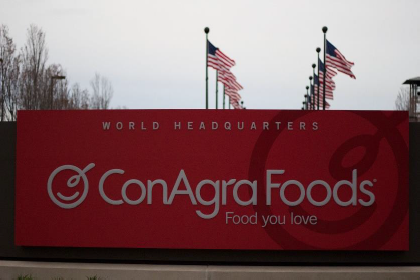 Presumably all of the readers of this post who have passed a bar examination will recall the constitutional grant of federal jurisdiction over “Controversies . . . between Citizens of different States,” promptly implemented by the first Congress in Section 11 of the Act of September 24, 1789, and currently codified in Section 1332 of Title 28. The Court has struggled for more than two centuries with the application of that provision to business entities. By the 1840s, though, the Court had recognized that in some cases (at least for corporations), the entity itself should be treated as the citizen. The result of that treatment is that the availability of diversity jurisdiction in a case involving a corporation would depend on a comparison of the state in which the corporation was a citizen (typically the state of incorporation and the state of the principal place of business) with the states in which the opposing parties were citizens. By contrast, the Court held in 1900 that limited partnerships (at least as they existed at the time) were not separate entities for diversity purposes – they would be citizens in each state in which any of their partners was a citizen. Still, it is clear that at least some non-corporate entities rate treatment as distinct entities for diversity purposes, because the Court held in 1933 that a civil-law sociedad en comandita (an entity commonly used in Puerto Rico) should be treated as a “juridical person” with distinct citizenship status for diversity purposes.

Much has happened in the law and practice of business organizations in the last century. Corporations are no longer the only important vehicle for wide distribution of public ownership of business entities. For a variety of reasons (many of them tax-related), it is now common for large publicly owned business enterprises to be organized as limited partnerships, limited liability companies, or even trusts. From the practical perspective of the opposing litigant, those entities typically are identical to corporations. Among other things, neither the beneficial owners nor the managers are likely to be personally responsible for the debts of the entity. Rather, creditors of the enterprise typically can reach only the assets of the entity itself, and it is the business entity that files suit to enforce claims of the enterprise, rather than the owners or managers.

This case involves a trust, specifically a real estate investment trust (usually called a REIT) organized under Maryland’s statutory regime for business trusts. Like a corporation, the entity is created by the filing of specified documents in public records of the state of organization. The entity itself owns the property of the enterprise, sues and is sued on its own behalf, and often (though not in this particular case) is publicly traded, with shareholders dispersed throughout the United States. The Maryland statute is by far the most widely used for this type of entity – you might say that Maryland is the “Delaware of REITs” – but it is not unique; North Dakota, Ohio, and Texas have similar statutes.

Within the framework summarized above, the Court has addressed trusts several times. Thus, in decisions dating back to 1808 (and reaffirmed as recently as 1980), the Court has treated trustees as the “citizens” bringing suit on behalf of trusts, rather than the beneficiaries. None of those cases, however, involved a distinct entity created under a statutory scheme like the Maryland statute. The briefing stakes out three positions.

First, the trust (Americold Realty Trust) argues that it should have the citizenship of its trustees, urging application of the longstanding doctrine on that point. The problem with that argument (emphasized by respondent ConAgra Foods), is that the cases applying that rule commonly explain it as resting on the common-law understanding that the estate created by a trust instrument is not a separate entity; that logic plainly has no application to a statute-based entity like the Maryland REIT.

Second, ConAgra (the opposing litigant seeking to avoid federal court) argues that courts should apply the standard rule for limited partnerships and other non-corporate entities – looking to the citizenship of all the beneficiaries. The problem with that argument is that in application it seems almost absurdly rigid to look to the citizenship of the beneficial owners of an entity that resembles a corporation in every practical way except its designation as a “trust.”

Third, the boldest position comes from the National Association of Real Estate Investment Trusts (NAREIT), which filed an amicus brief in support of Americold. It documents the practical similarity between publicly traded REITs and corporations and urges the Court to give REITs the same treatment it gives corporations – with citizenship depending on the state of organization and principal place of business. The problem with that argument is that the REIT in structure is probably even closer to the limited partnership and limited liability company than it is to the corporation. As explained above, diversity rules currently look to the citizenship of the beneficial owners of those entities. Arguing that the relevant doctrinal line should be the requirement that the entity be formed by a document placed in the public record, NAREIT would put REITs with corporations, modern limited partnerships, and limited liability companies on the entity side of the line, leaving general partnerships and joint ventures on the other side of the line, with citizenship depending on the citizenship of the beneficial owners. NAREIT frankly suggests that the Court should simply overrule any precedents that seem to interfere with that pragmatic analysis.

The Justices well might be somewhat less engaged with this little conundrum than the breathless enthusiasm of the discussion above suggests. We should expect, though, that Justice Elena Kagan will bring a well-grounded perspective from her experience teaching in the area. For some other Justices, the case may create tension between a desire to trim federal dockets and ensuring that businesses have access to federal courts. Yet another perspective would apply the “citizen of every state” rule and leave it for Congress to update the system if and when it finds it appropriate. All we can do for now is wait for the argument to see how the Justices react.