Argument preview: Can a state-law crime be “described in” a federal statute that has a unique jurisdictional element? 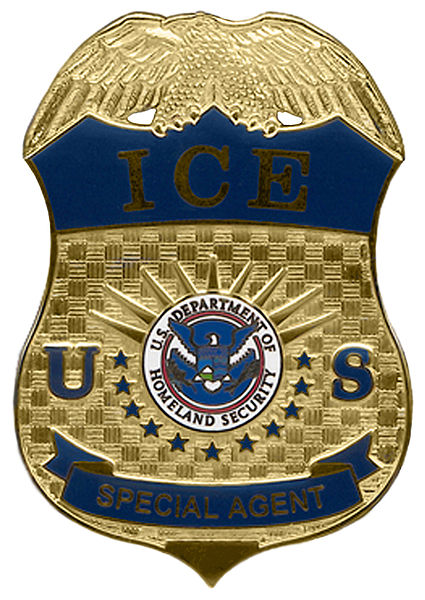 Instead of identifying an exhaustive list of every state and federal criminal offense for which a conviction renders a non-citizen subject to removal (or ineligible for relief from removal), Congress has historically identified categories of convictions that will trigger removability and left it to federal immigration authorities — and the courts — to sort out whether particular state-law convictions do or do not fall within the identified categories. This, in turn, has led the courts generally to pursue a “categorical” approach, under which “[t]he state conviction triggers removal only if, by definition, the underlying crime falls within a category of removable offenses defined by federal law.” But what about when the federal law definition includes a (constitutionally motivated) interstate commerce element that the state law offense lacks, such that a conviction under the state law offense would not necessarily establish the facts necessary for a conviction under the federal statute? That is the question the Justices will confront Tuesday morning, when they hear oral argument in Torres v. Lynch. And although this case is only about whether a specific New York arson conviction is for the offense “described in” a particular federal arson statute, how the Court answers that question could significantly either expand or contract the class of state-law convictions that render non-citizens subject to removal going forward.

The petitioner, Jorge Luna Torres (who refers to himself as George Luna), is a native and citizen of the Dominican Republic and a lawful permanent resident of the United States. In 1999, he was convicted of attempted arson in the third degree in violation of New York Penal Law §§ 110 and 150.10, after which he was sentenced to one day of imprisonment and five years of probation. The New York conviction rendered Torres subject to removal for a “crime involving moral turpitude.” Although he applied for cancellation of removal, the immigration judge rejected his application based upon the prior decision of the Board of Immigration Appeals in Matter of Bautista, which had concluded that the same New York offense was also an “aggravated felony” — to wit, a crime “described in” 18 U.S.C. § 844(i). This latter federal statute in turn subjects to criminal liability:

On appeal, the BIA declined to revisit Bautista. Torres then petitioned for review, arguing that (1) Bautista should be reconsidered because there is no requirement under New York law that the damaged or destroyed “property [be] used in interstate or foreign commerce or in any activity affecting interstate or foreign commerce;” and (2) that Bautista should not be applied “retroactively” to his case. While his petition was pending, the Third Circuit vacated Matter of Bautista, holding that the New York arson statute did not qualify as an aggravated felony because it lacked the federal jurisdictional element. Although the Third Circuit was the first court of appeals to consider the specific question raised by the New York arson statute, it broke with the Fifth, Seventh, Eighth, and Ninth Circuits, all of which had concluded in other contexts that state law offenses could be aggravated felonies even if the federal statute those offenses were “described in” included a jurisdictional element that the state offense lacked.

The Second Circuit, in Torres’s case, disagreed with the Third Circuit and sided with the four earlier appellate rulings. As Judge Robert Sack explained for a unanimous panel, Congress demarcated aggravated felonies in three ways — by identifying generic offenses (e.g., “murder”) or offenses “relating to generic offenses;” by identifying offenses “defined in” particular federal statutes; or, as in this case, by identifying offenses “described in” particular federal statutes. Thus, “[i]t seems to us, as it did to the Fifth, Seventh, Eighth, and Ninth Circuits, that ‘described in’ is the broader standard, and that an offense identified in this way need not reproduce the federal jurisdictional element to have immigration consequences.” At the very least, the court concluded, the BIA’s interpretation to that effect was “reasonable,” and therefore entitled to deference under the Court’s 1984 decision in Chevron U.S.A., Inc. v. Natural Resources Defense Council, Inc.. Emphasizing the significance of the circuit split that the Second Circuit’s decision underscored, Torres timely petitioned for certiorari.

Torres’s briefing focuses on two distinct — but related — arguments. First, he submits, the “plain meaning” of the aggravated felony statute is unambiguous: “‘described in,’ as used in the definition of aggravated felony and throughout the U.S. Code, literally means ‘described in.’ It does not mean ‘described in except for one element.’” Although the Second Circuit viewed Congress’s focus on state-law crimes “described in” federal statutes as a looser category than state-law crimes “defined in” federal statutes, Torres argues that, in fact, one is not a subset of the other; “‘defined in’ refers to definitions, while ‘described in’ refers to matter other than definitions.” More fundamentally, Torres argues, when Congress has chosen to define aggravated felonies by specific reference to federal criminal statutes rather than general reference to generic offenses, there was no indication that Congress meant to encompass state-law crimes with different elements — jurisdictional or otherwise. Nor does it matter, Torres contends, that the extra element in his case — “interstate commerce” — may be a constitutional predicate to Congress’s exercise of authority; “[l]ike any other elements, they must be proven beyond a reasonable doubt. The government may not parse the elements of a crime according to their purposes or their perceived importance.” Finally, and in any event, even if the term “described in” is ambiguous, Torres argues, the rule of lenity — and not Chevron deference — should govern resolution of that ambiguity because the aggravated felony definitions have both criminal and civil consequences.

In response, the government does not focus on Chevron (which it only invokes in the alternative), but instead argues affirmatively that the reading adopted by the Second Circuit “flows from the statutory text, structure, and context,” and is thus not only a reasonable interpretation of the aggravated felony statute, but the correct one. At the heart of its brief are two contentions: First, that “[t]he central features of criminal offenses are their substantive elements, not the jurisdictional elements that may limit, but . . . will not primarily define, the behavior that the statute calls a ‘violation’ of federal law.” Thus, when Congress referred to state-law convictions for offenses “described in” Section 844(i), it should follow that Congress was principally concerned with overlap between the substantive elements of the separate offenses — and not jurisdictional overlap. Second, the alternative reading would disserve any distinction Congress could have meant when it separately defined as aggravated felonies some state law offenses “described in” federal criminal statutes and other state law offenses “defined in” different statutes. Indeed, as the government explains, the interpretation Torres advances presupposes that Congress meant to treat federal offenses with jurisdictional elements as more serious than state offenses that were exactly the same but for the jurisdictional elements.

As the circuit split underscores, there are strong arguments on both sides. As Torres notes, weakening the categorical approach by differentiating between “substantive” and “jurisdictional” elements only begs the questions of why that distinction matters, how it will be drawn going forward, and by whom. On the flip side, the government is surely correct that, at least in some cases, requiring the state-law offense to include a comparable jurisdictional element will categorically preclude more state-law offenses from qualifying as aggravated felonies than Congress likely intended. Not for the first time, the density and complexity of the aggravated-felony regime present a double-edged sword. But if the parties agree on anything, it is that how the Supreme Court answers the question presented in this case will have significant consequences going forward — either by making it all but impossible for state-law offenses to be “described in” federal offenses with jurisdictional elements or by making it much, much easier.

Congress has precluded immigrants facing deportation from eligibility for a certain kind of relief if they were convicted of a crime under state law that is functionally similar to particular federal crimes. The question presented in this case is whether Congress meant for federal crimes to provide the basis for denying eligibility when they require a connection to interstate commerce that the state crime lacks.

Recommended Citation: Steve Vladeck, Argument preview: Can a state-law crime be “described in” a federal statute that has a unique jurisdictional element?, SCOTUSblog (Oct. 29, 2015, 9:37 AM), https://www.scotusblog.com/2015/10/argument-preview-can-a-state-law-crime-be-described-in-a-federal-statute-that-has-a-unique-jurisdictional-element/