A Salute to the General: William K. Suter 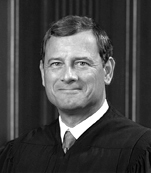 Chief Justice Roberts* made the following remarks at the Supreme Court’s Retirement Celebration and Portrait Unveiling for General William K. Suter, Clerk of the Court and Graduate of Tulane University School of Law, on Wednesday, June 12, 2013.[1]

Our Clerk, William K. Suter, has announced his retirement after more than twenty-two years of distinguished service to this Court.  Mr. Suter is a proud graduate of Trinity University and Tulane University School of Law.  His tenure as Clerk can be fairly described as momentous, even when measured against the long history of the Clerk’s Office.

Congress granted the Supreme Court authority to appoint a Clerk of Court in one of its earliest enactments, the Judiciary Act of 1789.[2]  When the Court met for its first session, in early February 1790, it immediately turned to filling that position.  On February 3, 1790, the Court selected John Tucker as its first Clerk, and he took the prescribed oath to “truly and faithfully enter and record all the orders, decrees, judgments and proceedings of the said court.”[3]  Unfortunately, Mr. Tucker got off to a rocky start.  The original minutes of the Court’s order mistakenly recorded the date as February 3, 1789, rather than February 3, 1790.  Someone later corrected the error by writing over the date in pencil.

We can surely forgive Mr. Tucker for some jitters on his first day at the Court.  He had no need to fear for his job, because he was held in high regard.  Justice Cushing wrote to Chief Justice Jay (as best we can decipher his handwriting) that Tucker “is a Gentleman of good sense & agreeable temper . . . a man of virtue & integrity.”[4]  But at the Supreme Court, high regard comes with high expectations.  Mr. Tucker went to work immediately to put in place a system for organizing the Court’s early documents.  John Tucker served only one year as Clerk of the Supreme Court, but his tenure initiated a tradition of excellence, integrity, and service to the Bench and Bar.

That tradition was firmly in place by 1898.  Augustus Hill Garland, an experienced Court advocate and former Attorney General, advised counsel of that era that, when faced with questions of proper procedure, they should always seek advice from the Office of the Clerk.  As Garland put it:  “Even the oldest and most experienced attorneys are not ashamed to consult the clerk’s office first and they do not hesitate to do so.”[5]

Of course, Attorney General Garland would have to admit that some matters are beyond even the Clerk’s control.  One year after offering this advice, in the course of arguing the case of Towson v. Moore,[6] Garland achieved the unwanted, though not unique, distinction of collapsing at the podium under questioning from the Court.  Even then, the Clerk offered what help he could.  The Washington Post reported that Garland “was carried from the chamber across to the room of Chief Clerk McKenney, and there placed on a sofa.”[7]

Clerk McKenney’s assistance reflected another tradition of the Clerk’s Office that developed in the nineteenth century and became deeply imbedded in the twentieth—the custom of polite and helpful aid to counsel.  As the legendary Solicitor General Erwin Griswold noted in 1970, the Clerk’s Office is “very good and very prompt and very courteous and very accommodating.”[8]  I can attest, as a former practitioner, that that is all very true.

Since 1991, the traditions of excellence, integrity, and courtesy have become only more deeply engrained.  For the past twenty-two years, William Suter has served as our talented and dedicated Clerk of Court.  “General Suter,” as we know him, is a product of the military, who previously served as the Assistant Judge Advocate General of the Army, as well as in many other varied military assignments.  Over the past two decades, he has made a tremendous contribution to the operation of the Court.

Bill has managed the Court’s docket with unparalleled organization and efficiency.  During his tenure, he has met the needs of two Chief Justices and fourteen Associate Justices with calm, confidential, and disciplined proficiency.  Bill has collaborated with the other court officers, including my Counselor, the Librarian, the Marshal, and the Reporter of Decisions, to forge an effective internal management team.  He has provided inspirational leadership for the thirty talented employees of the Clerk’s Office and instilled in them a remarkable work ethic.  His good will and friendship have reached all corners of the building and beyond.

Bill is best known for the extraordinary assistance he has provided to Supreme Court counsel, in word and deed.  Bill has managed the process of regularly amending the Court’s Rules of Practice to provide clear guidance on Court procedures.  But he has gone a step further by initiating publication of the Court’s Guide for Counsel, a practical advice manual especially useful for first time advocates.  On bar admission days, he warmly welcomes new members of the Supreme Court Bar.  On argument days, Bill personally briefs the oral advocates on the Court’s standards and etiquette before the attorneys proceed to the courtroom.  Characteristic of Bill’s personal commitment to the Bar, he stands ready with supplies for any emergency that might befall counsel, ranging from cough drops, to needle and thread, to a spare necktie in the event an anxious counsel spills his morning coffee.

Bill has also been extraordinary in his public outreach to explain the unique characteristics of the Third Branch.  He regularly meets with school children, law students, and foreign dignitaries.  He greets them all with equal ease and grace, demonstrating both his good humor and his humanity.

We will miss Bill, and we wish him well in the retirement that he has earned after more than fifty years of combined military and civilian service.  We are pleased to have the portrait that will soon be unveiled to remind us of his extraordinary service to the Court.  We salute the General, confident that his contributions to this Court will not fade away.

Editors note: A revised version of this post was published October 19, 2013.