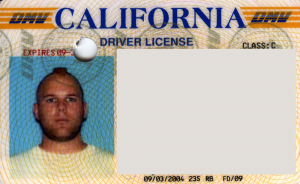 This morning the Court issued its decision in Maracich v. Spears.  In a blow to plaintiffs’ attorneys, the Court narrowly construed the so-called “litigation exception” to the federal Drivers’ Privacy Protection Act (DPPA), ruling that the exception did not cover (and that the DPPA therefore prohibits) the use of protected data from state drivers’ databases to solicit clients.

As described in our argument preview, this case arose when the lawyers representing defendants in a putative class action turned around and sued the plaintiffs’ lawyers for violating the DPPA.   Specifically, they accused the plaintiffs’ lawyers of using information from the South Carolina Department of Motor Vehicles (DMV) to identify potential plaintiffs and then send out a mass mailing to those identified, inviting them to contact the firm to discuss, among other things, potential representation.

Those letters implicated the DDPA because that statute prohibits the use of a driver’s information from a state DMV without prior permission from the driver.  The issue before the Supreme Court was whether the mailings fell within a so-called “litigation exception” to the law’s general ban on use of driver data.  That “exception” allows the use of driver data “in connection with any civil . . . proceeding in any Federal, State, or local court . . . including . . . investigation in anticipation of litigation.”

This morning, the Court ruled, by a vote of five to four, that as a general matter, client solicitation does not fall within the litigation exception.

Justice Kennedy wrote for a majority of the Court that also included the Chief Justice and Justices Thomas, Breyer, and Alito.  He began his opinion by acknowledging that the words of the exception were very broad, indeed broad enough to encompass client solicitation.  But the majority believed that Congress could not have intended the words to be read so broadly, given the overall purposes of the statute and its structure.  It was particularly important to the Court that the statute has different rules for different kinds of driver information.  The most private information – including, for example, Social Security numbers – is subject to only three of the statute’s fourteen exceptions.  Because the litigation exception is one of those three, the Court concluded that Congress would not have intended to broadly permit disclosure of such sensitive information.  The Court thought, instead, that Congress would have intended a distinction be drawn between lawyers’ work as advocates and officers of the court, on the one hand, and as entrepreneurs on the other.  The litigation exception is most sensibly limited to work done while the attorney is wearing her advocate/officer of the court hat, not when she is soliciting business. That conclusion was further supported by the fact that another exception allows use of DMV information for advertising and other solicitation, but only if the driver previously consented to that use.

As a result, the Court held that the litigation exemption only applies when protected driver information is used to determine whether a claim has sufficient merit to avoid sanction if a lawsuit is filed, or for locating potential witnesses.

After adopting what seemed to be a bright-line rule, the Court then acknowledged some complications in application.  Justice Kennedy recognized that a particular letter, as in this case, might serve both a litigation purpose (say, identifying particular witnesses) and solicitation purposes.  The Court held that in such cases, the defense is unavailable if the attorney communication, “viewed objectively, had the predominant purpose of solicitation.”

The Court then remanded the case to the lower courts to make that assessment with respect to each of the various uses to which the driver data was put in this case.  In doing so, Justice Kennedy noted the potential scope of the liability for the defendants – the statute seemingly requires imposition of a $2,500 statutory penalty for each of the some 34,000 alleged violations in the case – but hinted that some relief from a truly oppressive judgment might be available: “Whether the civil damages provision in §2724, after a careful and proper interpretation, would permit an award in this amount, and if so whether principles of due process and other doctrines that protect against excessive awards would come into play, is not an issue argued or presented  in this case.”

Justice Ginsburg dissented, joined by Justices Scalia, Sotomayor, and Kagan.  In her view, the breadth of the statutory language used to craft the exception should have made this an easy case, particularly in light of the potential penalties at stake.  She would have held that the exception provides a defense for any effort to sign up clients for a pending or impending lawsuit, but not for generic solicitations unrelated to any particular proceeding.  The dissent was not convinced by the majority’s discussion of the separate exception for advertising and generic solicitation.  The statute’s fourteen exceptions are inevitably overlapping, and none is designated as more important than the others.  Moreover, the dissent predicted that the majority’s “predominant purpose” test will be quite difficult to apply in practice and can put practicing attorneys in a bind when their obligation to a current client requires using driver data to identify potential witnesses who might also have a claim against the defendant – in such a case, the communication might be seen as having a solicitation purpose that some court might later decide predominated.  The severe penalties the statute imposes for guessing wrong, the dissent argued, should have led the Court to adopt a broader interpretation of the exception under the rule of lenity.

As illustrated in the ideologically mixed line-up, there were aspects of the arguments on each side that could appeal to, or trouble, Justices of every stripe.  On the one hand, the text of the litigation exception is very broad.  On the other hand, a very broad reading would permit broad disclosure of information that Congress wanted generally to be kept private.  In regulating disclosures from a state database, the statute invades the province of state governments (which, after all, could decide on their own to limit disclosures), but also keeps private data out of the hands of class action attorneys wanting to drum up business for what might be lawsuits of questionable merit.

That mix of consideration may explain why Justice Scalia (a stricter textualist and genuine believer in the rule of lenity) joined with the more liberal Justices and why Justice Breyer (very concerned about the practical effect of the Court’s rulings and more flexible on the text) voted with the majority.  Particularly interesting is how the two opinions dealt with the possibility of a seemingly mandatory statutory penalty of potentially hundreds of millions of dollars in a case like this.  Justice Kennedy – who, along with Justice Breyer has been strong proponents of due process limitations on the amount of punitive damages awards – dealt with the prospect by holding open a reading the provision against the grain of the text (perhaps making the seemingly mandatory penalties discretionary?) or a due process limitation.  Justice Ginsburg – who, along with Justice Scalia, is on record as rejecting any substantive due process protection against large punitive damages awards – did not have the option of a constitutional solution, and instead viewed the rule of lenity as the way to avoid that dilemma.