The Supreme Court on Wednesday refused to postpone Arizona’s execution of Frank Jarvis Atwood. There were no recorded dissents.

Atwood was sentenced to death in 1987 for kidnapping and killing 8-year-old Vicki Lynne Hoskinson, who went missing while riding her bike to the mailbox. Her body was later found in the desert outside of Tucson.

Shortly after the court issued three brief orders denying Atwood’s final appeals, the state executed Atwood, 66, by lethal injection. His wife, priest, and members of Hoskinson’s family were present, according to media reports. 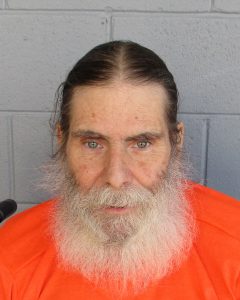 Prior to his conviction in Arizona, Atwood served five years in California for lewd and lascivious conduct with a child. He drove to Arizona and was in violation of his parole at the time of Hoskinson’s death.

Atwood maintained his innocence. In filings at the Supreme Court this week, he raised three main arguments seeking a stay of execution. First, he told the justices that police investigators withheld exculpatory evidence of a tip phone call that linked another suspect to the case. Second, he argued that his previous conviction in California was an invalid aggravating circumstance and did not qualify him for the death penalty in Arizona. Finally, he argued that, due to a back condition, lying on a table for the lethal injection would cause him excessive and unconstitutional pain.

Arizona argued that Atwood had adequate time to pursue his appeals and that there was no reason to delay the execution now. The state also laid out the evidence against him.

According to media witnesses, a pillow was placed under Atwood’s head to address his spinal pain. At his request the IV was placed in his hand, and he died within a few minutes.

Atwood was the second person to be executed by Arizona in less than a month, after Clarence Wayne Dixon. The state had paused executions since the 2014 two-hour botched execution of Joseph Wood.

This may have been the last capital appeal of Justice Stephen Breyer’s tenure. Breyer, who intends to retire this summer, has been an open critic of the death penalty, writing in dissent in Glossip v. Gross, “I believe it highly likely that the death penalty violates the Eighth Amendment.”