Trump asks justices to block the release of documents related to Jan. 6 riot 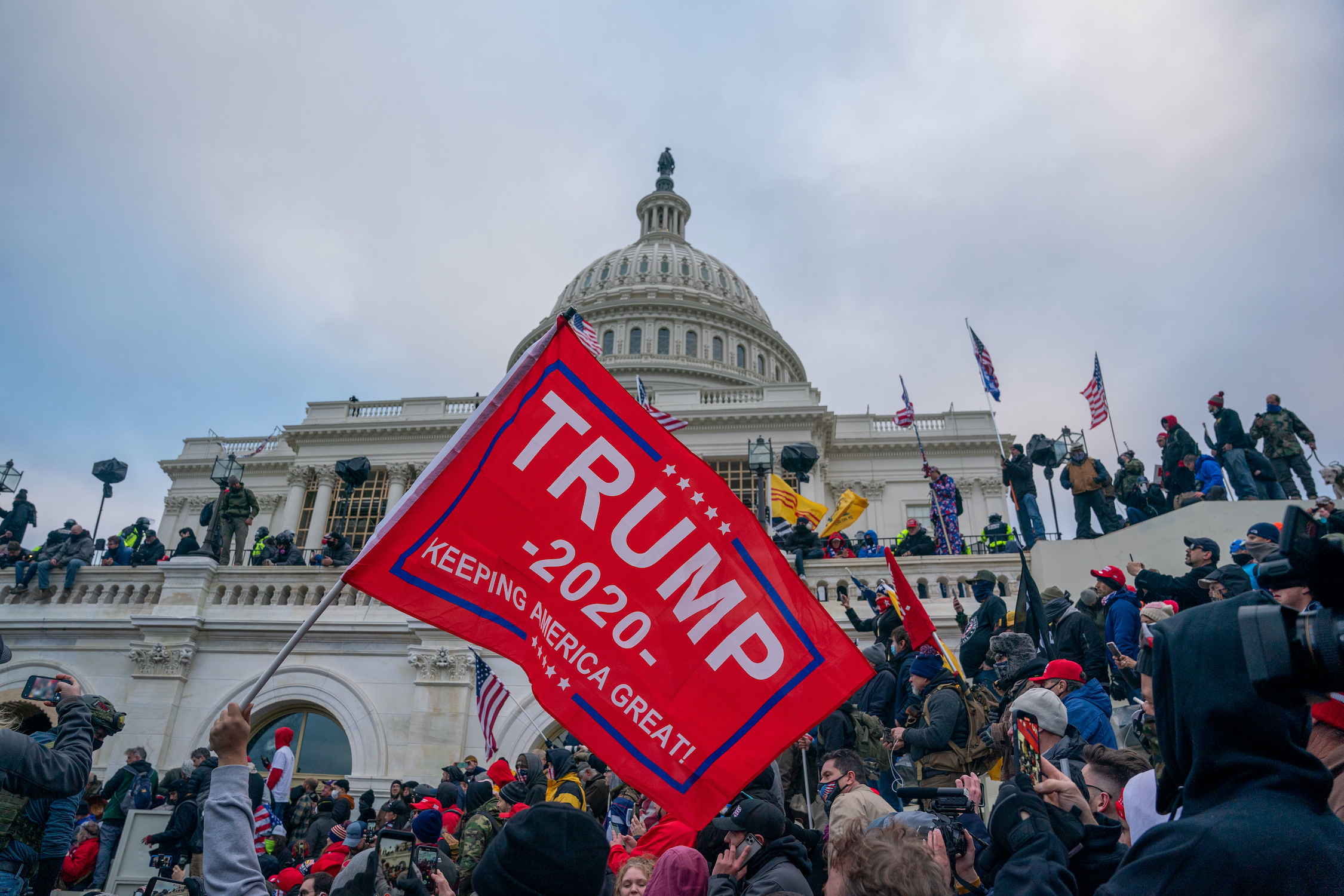 Former President Donald Trump came to the Supreme Court on Thursday, asking the justices to block the release of White House records to the congressional committee investigating the Jan. 6 attack on the U.S. Capitol. The committee is seeking documents that would show Trump’s communications and activities in the lead-up to the riot.

Trump argues that as a former president he has the power to keep the documents secret, but two lower courts have rejected that argument. Trump now hopes to find a more receptive audience at the Supreme Court, where on Thursday he urged the justices to intervene. Trump argued that the stakes are high, and that his case will determine whether presidents can “rely upon executive privilege, separation of powers, and the Presidential Records Act to protect confidential Presidential records of deliberations from premature production to political rivals.”

The legal dispute now before the court began in August, when the Select Committee to Investigate the January 6th Attack on the Capitol asked the National Archives to turn over White House documents relating to activities on Jan. 6 such as the rally on the Ellipse, as well as documents regarding Trump’s schedule, phone records, and the efforts to contest the results of the 2020 election.

Trump contended that nearly 800 pages of documents that the U.S. archivist intended to turn over were covered by executive privilege, which allows a president to maintain the secrecy of documents reflecting presidential decision-making and deliberations. However, President Joe Biden told the archivist that the documents should be released to the committee, explaining that he had “determined that an assertion of executive privilege is not in the best interests of the United States, and therefore is not justified as to any of the Documents.”

“The constitutional protections of executive privilege should not be used to shield, from Congress or the public,” Biden reasoned, “information that reflects a clear and apparent effort to subvert the Constitution itself.”

Trump went to federal court in Washington, D.C., on Oct. 18, seeking to stop the archivist from disclosing the documents. The district court denied Trump’s motion for a preliminary injunction.

Trump then went to the U.S. Court of Appeals for the District of Columbia Circuit, which agreed to temporarily block the release of the records until it could rule on Trump’s appeal. In a 65-page opinion by Judge Patricia Millett, a three-judge panel upheld the district court’s ruling, clearing the way for the archivist to release the documents.

Describing the events of Jan. 6 as “the most significant assault on the Capitol since the War of 1812,” Millett stressed that executive privilege is held by the executive branch for the country’s benefit, rather than the president’s. It protects, she observed, “the public interest in candid, confidential deliberations within the Executive Branch.” Moreover, she added, the privilege is not an absolute one: It can be waived by the sitting president. And in this case, she continued, both Biden and Congress “agree that there is a unique legislative need for these documents and that they are directly relevant to the Committee’s inquiry into an attack on” Congress. Trump had provided only “a grab-bag of objections” that were not enough for the court to overrule Biden’s decision to waive executive privilege, she concluded.

The court of appeals agreed to put its ruling on hold for 14 days to give Trump time to come to the Supreme Court, which he did on Thursday. In his petition for review of the D.C. Circuit’s decision, Trump complained that the lower courts had “declined to adopt an objective test providing for a reliable and politically neutral standard to decide disputes regarding access to former Presidents’ confidential records.” Instead, he argued, the lower courts’ decisions “support the invasion of presidential confidentiality on the basis that the incumbent President and one house of Congress support the involuntary waiver of the former President’s constitutionally and statutorily protected rights.” Moreover, Trump added, the dispute presents “an important problem that is likely to recur in an increasingly partisan political climate.”

Trump suggested that his case could be briefed and argued during the court’s 2021-22 term, which would allow the court’s decision to resolve not only the current dispute over the first set of documents that the archivist intends to turn over but also any future disputes that are likely to arise as the committee’s investigation continues. To that end, Trump asked the justices to put the D.C. Circuit’s decision allowing the disclosure of the first set of documents on hold and to block the archivist from turning over any other materials that could be privileged until the dispute is resolved.

The former president’s application to put the D.C. Circuit’s decision on hold goes initially to Chief Justice John Roberts, who handles emergency appeals from the D.C. Circuit. Roberts can act on the request alone or, as is more likely, refer it to the full court.

A few hours after Trump filed his request, the House committee and the archivist asked the justices to fast-track their consideration of Trump’s petition for review. Under normal circumstances, briefs opposing the petition would be due on Jan. 24. But the committee and the archivist indicated that they instead plan to file their briefs opposing review and opposing a stay of the D.C. Circuit’s decision on Dec. 30, and they asked the justices to consider the case at their private conference on Jan. 14. Trump has also consented to their proposed timetable, they told the court.