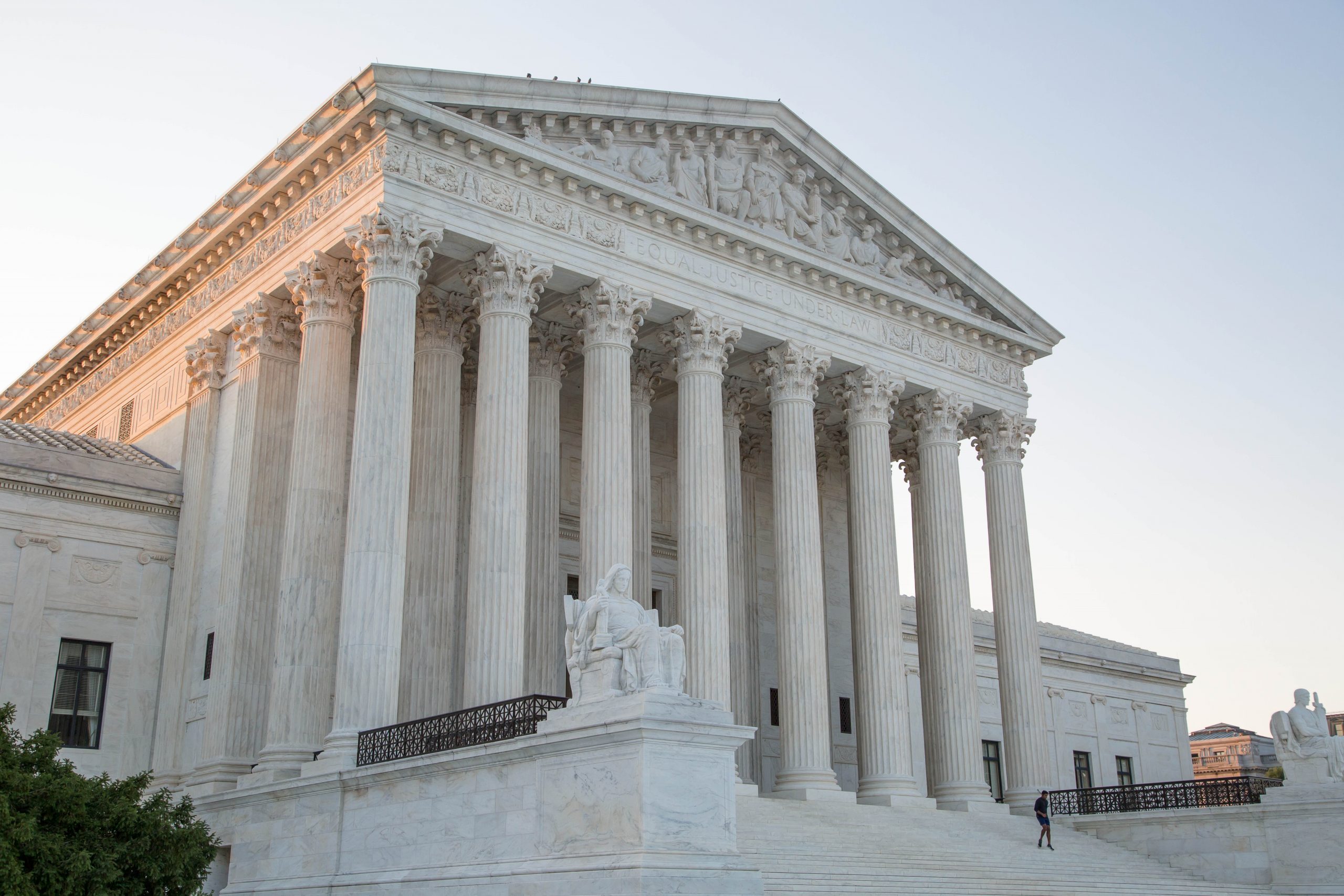 The justices heard argument in a case concerning the complicated precedents of state sovereign immunity. (Colin Dewar via Shutterstock)
Share

President Joe Biden’s Supreme Court commission voted unanimously on Tuesday evening to submit a report that describes various proposals for reforming the court but takes no position on the most controversial ideas. The final report identifies “considerable, bipartisan support” for implementing non-renewable 18-year term limits for the justices and “profound disagreement” on whether Congress should expand the court beyond its current nine seats.

As Laurence Tribe, a constitutional law scholar and a member of the 34-member commission, noted before the vote, the reforms with the most support are those that are logistically most difficult to carry out, and those with the most straightforward constitutional path to implementation were the least popular among the commissioners.

The commission was not tasked with providing policy ideas or recommendations, a point which has been criticized by reformers since Biden established the group in April. Instead, Biden ordered commissioners to produce an account of the debate over the “role and operation of the Supreme Court in our constitutional system” and an “analysis of the principal arguments in the contemporary public debate for and against Supreme Court reform.” The resulting document is more of an academic study than anything resembling an action plan. As Walter Dellinger, a law professor and appellate litigator, said, “We hope the report’s explication of the issues might be useful a century from now.”

The conflicting views among the commissioners themselves stemed largely from a difference in opinion about the impact of politics on the court in recent years. The report expressly does not come to a conclusion nor purport to resolve differences of opinion on “whether the Court has suffered a loss or crisis of legitimacy.”

The 288-page report covers five major chapters. Chapter 1 looks at the history of reform efforts since the country’s founding. The work serves to “to offer context for today’s discussions and to underscore that debates about Court reform are part and parcel of U.S. constitutional history.”

The second chapter covers court expansion. Supporters, the report says, argue that expansion is necessary to address “serious violations of norms governing the confirmation process and troubling developments in the Supreme Court’s jurisprudence that they see as undermining the democratic system.” Opponents, the report says, argue the move would “diminish [the court’s] independence and legitimacy” and may be used by “any future political force as a means of pressuring or intimidating the Court.” The report concludes that, like the commission’s own members (who are mostly law professors), the broader public is in “profound disagreement” on expansion.

Chapter 3 covers term limits, a more popular reform among the commissioners though one that may require a constitutional amendment to impose. Supporters argue that term limits would make the court better represent election outcomes and make membership more predictable. Opponents, the report says, argue term limits would “weaken the Constitution’s express protection of judicial independence” and formally politicize the confirmation process.

The fourth section examines proposals “to shift power to resolve major social, political, and cultural issues from the Court to the political branches.” These ideas include supermajority voting requirements and a congressional override of certain judicial decisions.

The final chapter covers court procedures and practices. The report addresses criticism of the recent increased use of the shadow docket, as well as judicial ethics and public access to arguments and opinion announcements via live audio or video streaming. The report says the court “may well benefit” from measures to improve transparency, such as explaining the reasoning behind emergency rulings. It also embraces the court’s recent practice of providing live audio of oral arguments, and it says that adopting an advisory ethics code for the justices would be “a positive step.”