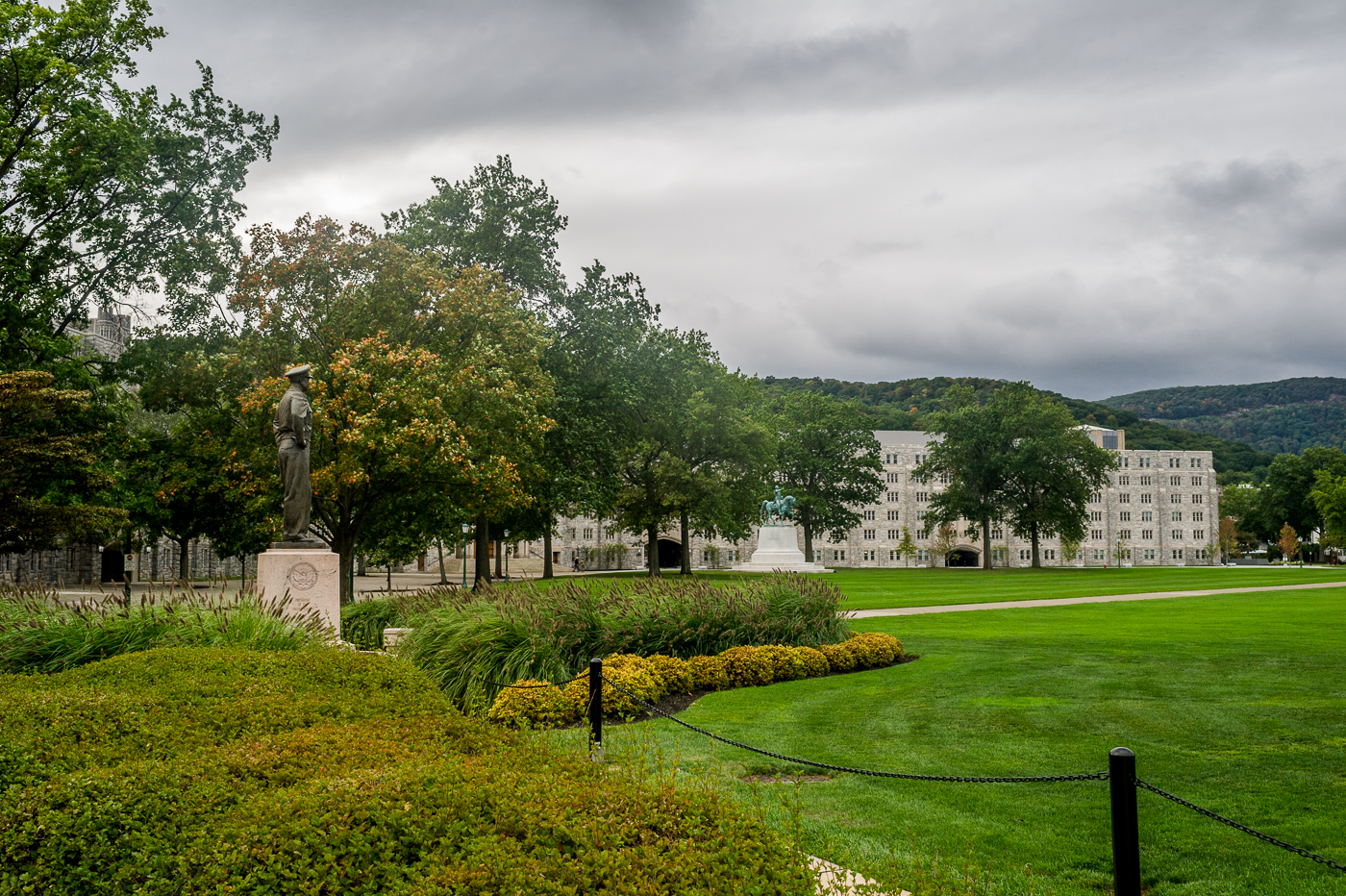 The U.S. Military Academy at West Point, which came under fire for its policies regarding sexual assault (Jazz Guy via Flickr)
Share

The Supreme Court won’t weigh in on whether a West Point cadet who was sexually assaulted by a fellow classmate can sue the federal government. The justices announced on Monday morning that they will not hear oral argument in Doe v. United States, one of the cases that they considered at their private conference last week. The justices also called for the federal government’s views in two cases, but they once again did not act on a closely watched challenge to a Mississippi law that would generally bar abortions after the 15th week of pregnancy. Lower courts struck down the law, and the state has asked the justices to take the case and reinstate it.

Over 70 years ago, the Supreme Court established the “Feres doctrine”: It ruled in Feres v. United States that although Congress generally waived the government’s immunity in the Federal Tort Claims Act, members of the armed forces cannot sue the federal government for injuries sustained on active duty. Over the last decade, the justices have been asked on several occasions – most recently in 2019 – to reconsider their ruling in Feres but have declined to do so, over dissents from Justice Clarence Thomas.

The court on Monday once again refused to take up the question, once again over Thomas’ objection. This time the facts were compelling: The case was brought by a cadet at the United States Military Academy at West Point who alleges that while at the academy she was subjected to sexual harassment and raped on campus by another cadet, and that the school’s policies didn’t do enough to protect her. The cadet, known as Jane Doe, came from a military family and was ranked high in her class, but left the school after her assault. A federal district court dismissed her claims under the FTCA, citing the Feres doctrine, and the court of appeals upheld that ruling, reasoning that her claims were “incident to service.” Doe came to the Supreme Court last fall, asking the justices to take her case and weigh in on whether the Feres doctrine should be overruled. In the alternative, Doe suggested, the justices should decide whether to limit the doctrine so that it would not apply to cases like hers, involving service members who are injured by violations of military regulations, during recreational activities (she was on a walk when the rape occurred) or while attending a service academy.

In a three-page dissent from the court’s decision to deny review, Thomas reasoned that under the text of the FTCA, it shouldn’t matter whether Doe was a member of the military because the FTCA waives the government’s immunity from lawsuits brought by people who are injured when government employees are negligent. There is, Thomas conceded, a narrow exception for “combat activities,” but that exception does not apply to Doe’s case. “Feres,” Thomas concluded, “was wrongly decided, and this case was wrongly decided as a result.”

At the very least, Thomas continued, the Supreme Court should grant review to make clear what the Feres doctrine covers and what it does not. For example, Thomas noted while citing two different cases in two different federal appeals courts, “Feres sometimes bars claims of a drunken servicemember who drowns, except when it does not.” And although the court may be “hesitant to take up this issue at all because it would require fiddling with a 70-year-old precedent that is demonstrably wrong,” Thomas suggested, perhaps “the better answer is to bid it farewell.”

The justices asked the federal government to provide its views in two cases. In the first, Independent School District No. 283 v. E.M.D.H., the question that the government has been asked to weigh in on involves the statute of limitations for violations of the “child find” obligation of the Individuals with Disabilities Education Act, which imposes a duty on school districts to identify, locate and evaluate all children who have disabilities and may need services. The second case, American Axle & Manufacturing Inc. v. Neapco Holdings LLC, involves two procedural questions related to patent eligibility. There is no deadline for the acting solicitor general to provide the government’s views in these cases. [Disclosure: Goldstein & Russell, P.C., whose attorneys contribute to SCOTUSblog in various capacities, is among the counsel to the respondents in American Axle.]

The justices once again did not act on Dobbs v. Jackson Women’s Health Organization, the challenge to the constitutionality of Mississippi’s abortion law, which they considered at their conference last week for the 12th consecutive time.

The justices’ next conference is scheduled for Thursday, May 13. The court will issue orders from that conference on Monday, May 17, at 9:30 a.m.