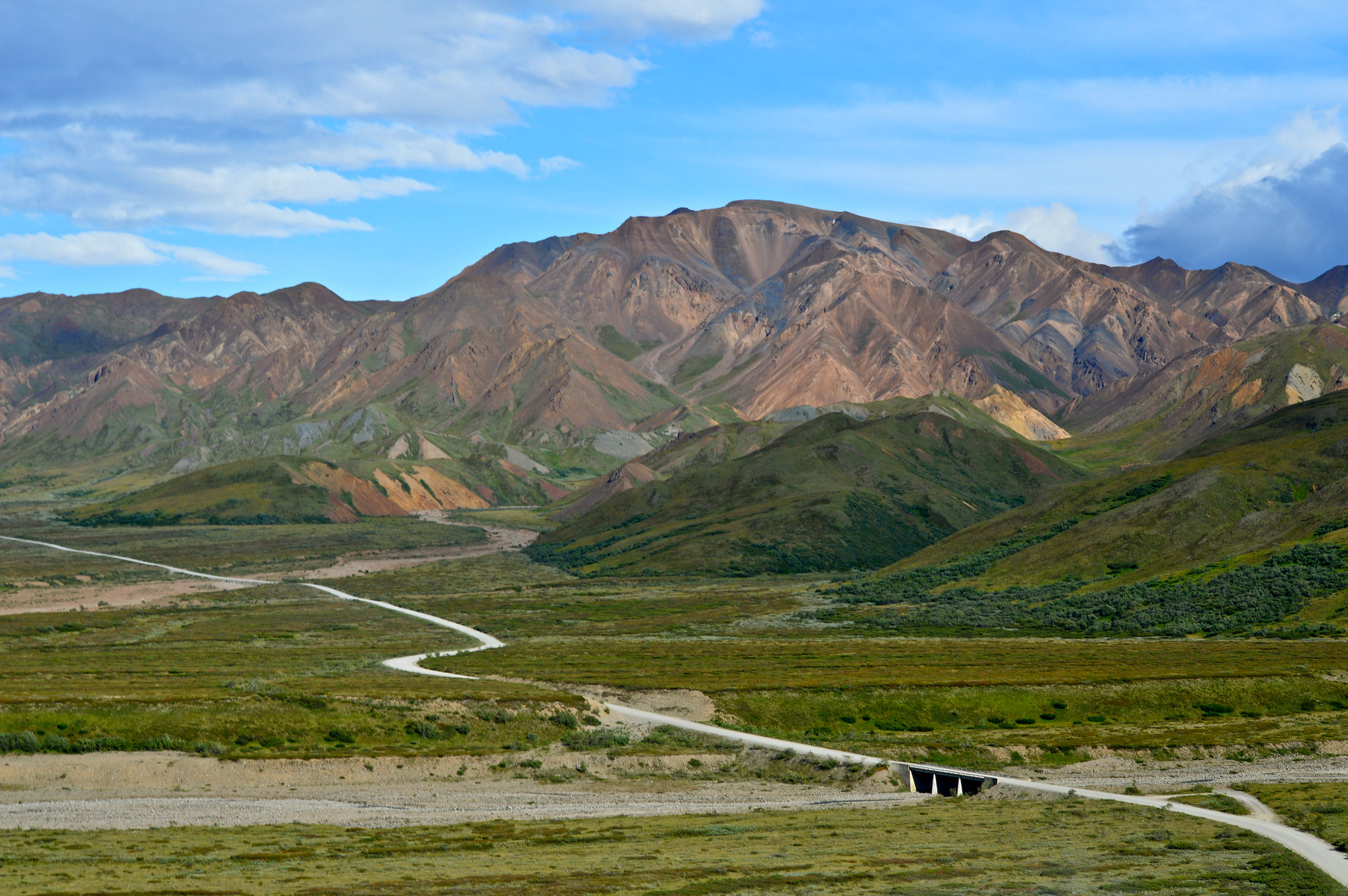 With over $500 million of COVID-19 relief funding at stake, the Supreme Court began its week by grappling with whether the CARES Act’s definition of “Indian tribe” — a definition included in over 150 other federal laws — encompasses Alaska Native corporations. During nearly two hours of oral argument in Yellen v. Confederated Tribes of the Chehalis Reservation, the justices expressed doubts about the textual arguments advanced by both sides even as they seemed wary of the consequences of a ruling against the corporations.

In setting aside $8 billion in relief for tribes, the 2020 CARES Act borrowed a definition from another statute, the Indian Self-Determination and Education Assistance Act of 1975. ISDA states:

“Indian tribe” means any Indian tribe, band, nation, or other organized group or community, including any Alaska Native village or regional or village corporation as defined in or established pursuant to the Alaska Native Claims Settlement Act, which is recognized as eligible for the special programs and services provided by the United States to Indians because of their status as Indians.

First up during Monday’s argument was Assistant to the Solicitor General Matthew Guarnieri, arguing on behalf of the Treasury Department for the inclusion of the Alaska Native corporations. Guarnieri immediately encountered skepticism from Chief Justice John Roberts, who suggested that the government’s reliance on legislative history might once have had more weight with the court than it’s likely to have now. Guarnieri insisted that the Treasury Department was advancing a textualist argument, but Roberts’ question set the tone: Justices Clarence Thomas, Samuel Alito and Elena Kagan all pressed Guarnieri on whether he was actually making a textualist argument rather than, as Alito framed it, an “absurdity argument.” They also quizzed him on his reluctance to argue for the ordinary meaning of the recognition prong — an alternative argument in the government’s brief — instead of interpreting it as a term of art. After several iterations of this questioning, Guarnieri noted that the federal government had an interest in preserving the term-of-art definition to prevent “groups of self-identified Indians” from demanding federal funding.

Though most of the questioning of Guarnieri focused on the provision’s textual meaning, a sub-theme focused on practical stakes. Justices Sonia Sotomayor and Stephen Breyer expressed concern about the implications for other statutes that use the same definition, while Justice Brett Kavanaugh asked whether ruling against the corporations would destabilize tribal health and social services in Alaska. The government is “gravely concerned” about the implications, Guarnieri observed, though he conceded that, “as a matter of practice,” there are actually few ISDA agreements currently in force.

Next at the virtual podium was attorney Paul Clement, arguing on behalf of the Alaska Native corporations. From the beginning, Clement hammered hard on the theme that “Alaska is different,” stressing the distinctive legislative scheme created by ANCSA. Unlike Guarnieri, Clement fully embraced the ordinary meaning of the recognition clause. In response to a question by Justice Neil Gorsuch about the government’s concern about extending recognition too broadly, Clement pointed again to the distinctiveness of Alaska, noting that no one doubted that the corporations were Native entities furthering Native self-governance.

Clement’s questioning was similarly divided between textualist and consequential concerns. Kavanaugh and Justice Amy Coney Barrett both asked Clement about his understanding and application of the term-of-art canon, with Barrett noting the peculiarity that, while “recognition” did not necessarily have a term-of-art meaning in 1975 when ISDA was adopted, it acquired one by 1994 with the adoption of the List Act. How, she wondered, should the court consider this change over time? Clement challenged the premise, suggesting that even after the List Act it remained unclear that recognition was a term of art, but suggested that it would be especially odd to read that understanding backward onto ISDA. On the consequential side, Thomas asked about the risk of double-counting — that is, that many Alaskan Natives are both corporation shareholders and members of federally recognized tribes. Clement responded that the overlap is not so substantial, and that administrative procedures could avoid double-dipping. Breyer reiterated his concern about the implications of a ruling for the other 150 statutes that employ a similar term; Clement responded that the consequences would be more substantial if the corporations were cut out than if they were included.

Attorney Jeffrey Rasmussen argued for the tribes that are challenging the corporations’ eligibility for CARES Act relief funds. (This was somewhat unexpected, since Rasmussen represents only one of the 17 tribal respondents; the other 16 are all represented by the Indian law firm Kanji Katzen). He, too, faced questions about the interpretation of the text, including a pointed inquiry from Gorsuch about what implications the court should draw from Congress’ decision to use ISDA instead of the List Act to define “tribe” in the CARES Act. When Rasmussen replied, “nothing,” Gorsuch queried, “Isn’t that awkward?” But Rasmussen’s most sustained colloquy was with Alito, who repeatedly probed Rasmussen on why Congress would have adopted a definition that preserved the possibility of future recognition of the corporations given the tight timeline for the disbursement of the CARES Act funds. Rasmussen struggled to allay Alito’s concern, with Alito suggesting that, if this were a free-standing definition, the tribes would have had an “impossible argument on absurdity.” “[W]e do keep going around in a circle,” Sotomayor quipped, as she continued to press Rasmussen on this point.

A separate line of questioning turned on the relationship between tribal citizenship, Native identity and federal assistance — a complex question in federal Indian law made even more difficult by the coexistence in Alaska of corporations and tribes. Thomas asked Rasmussen about the distinction between Indian tribes and Native ancestry; Kavanaugh inquired whether his argument relegated Alaska Natives to “second class” status by rendering them ineligible for many services; and Barrett probed whether, if Alaska Natives “choose not to enroll in a village,” they would then be “entitled to nothing from the federal government.” In reply, Rasmussen hinted at some of the Alaska-specific context in which both the Alaskan tribes and the federal government contract with regional nonprofits to provide services to tribal members and Alaska Natives broadly, but he conceded, “I’m having trouble communicating this.” The justices still seemed skeptical: At the end, Barrett suggested that the fight wasn’t “about governance” but rather “what piece of the pie goes where,” while Roberts expressed his fear that Alaska Natives who got services from the corporations “will get nothing.” Rasmussen noted that corporations actually provided very few of the services that Alaska Natives receive.

The justices ultimately seemed uncertain where they fell on the merits of the textual argument, but their closing remarks suggested that they were clearer on their sense of the case’s equities — bolstered, perhaps, by the self-professed difficulties Rasmussen faced in conveying the context. Yet the concluding takeaway that this case is just about money, not governance, was unfortunate. As many of the justices noted, federal Indian law is complex, with often unpredictable and unintended consequences. Any decision will likely unsettle existing circumstances, especially when, as here, the terms at issue implicate foundational concepts like “tribes” and “federal recognition.” Thus, although the argument did not always effectively clarify these stakes, much depends on how broadly the court’s decision will sweep, as Sotomayor noted at one point. As for the equities, the parties and amici on both sides — among them leading Native organizations and nonprofits with decades of experience advocating for Native peoples, including organizations representing Alaska Natives — passionately argue about what would be best for Alaska Natives. More than a cynical fight about cash, this case poses an important and sincere disagreement on that difficult question — one that, ultimately, the justices will have to parse Congress’ uncertain text to decide.