In year-end report, Roberts praises “unsung heroes” of the pandemic 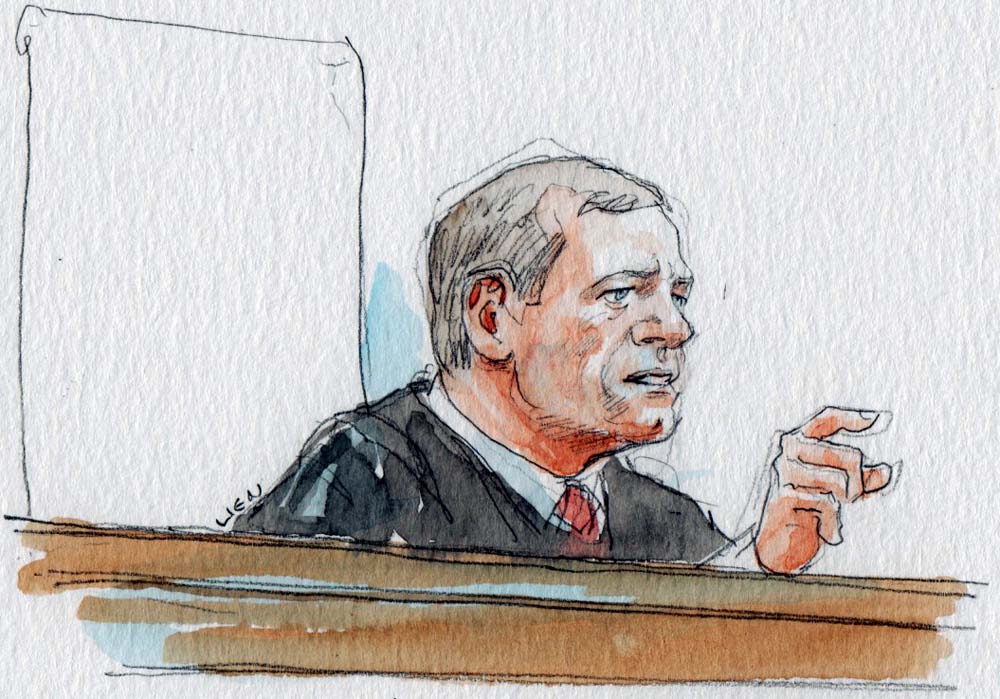 Chief Justice John Roberts issued his annual year-end report on Thursday, and the theme – perhaps unsurprisingly – was the coronavirus pandemic. Roberts paid tribute to everyone in the federal court system and the federal government who allowed the courts to carry out their work safely, but he singled out what he called the “‘first to fight’ in the judicial family – the trial courts and their staff.”

Roberts began his report, as he often does, with a historical reference: the outbreak of influenza that the first chief justice, John Jay, encountered when he traveled to New York to hear cases in the lower courts. (In a trademark display of Roberts’ wry humor, he noted that two justices who skipped the Supreme Court’s first session received a more distant assignment, requiring 1,800 miles of travel – “providing,” he wrote, “yet another lesson in what happens when you miss a meeting.”)

Roberts discussed the Supreme Court’s response to the pandemic only briefly, noting that the court held “oral argument by teleconference for the first time” and managed “to stay current in our work.” The federal courts of appeals, Roberts continued, “have responded with similar considered flexibility,” as have the state courts, “who are responsible for the vast bulk of judicial proceedings.”

But it was the federal trial courts that “faced the greatest challenge,” Roberts emphasized, and – in his view – they responded. Roberts cited the example of bankruptcy courts, with their often-complicated cases that “can involve 100 participating attorneys.” “Much of their work is not glamorous,” Roberts wrote, “but it is essential, and it got done.” Jury trials have resumed, Roberts noted, after modifications to courtrooms to make them safer for everyone involved. Roberts was pleased that members of the public continue to report for jury duty despite the pandemic.

Roberts lauded the judicial branch’s creativity in responding to other aspects of the pandemic – holding, for example, drive-through and outdoor naturalization ceremonies.

Roberts concluded by making clear that he did not want “to minimize the hardships and suffering caused by the pandemic. Like others throughout the country, judiciary employees have contended with illness and loss. My thoughts,” Roberts said, “are with them.”

Roberts’ message made no mention of the other topic that has dominated the headlines in 2020: the presidential election. Although Roberts is a lifelong Republican, both he and the court have been frequent targets of President Donald Trump’s ire. Roberts began 2020 presiding over Trump’s impeachment trial, and he ended the year being vilified on Twitter by Trump allies hurling wild attacks. Even if Roberts didn’t say so, he is no doubt looking forward to a new and quieter year.