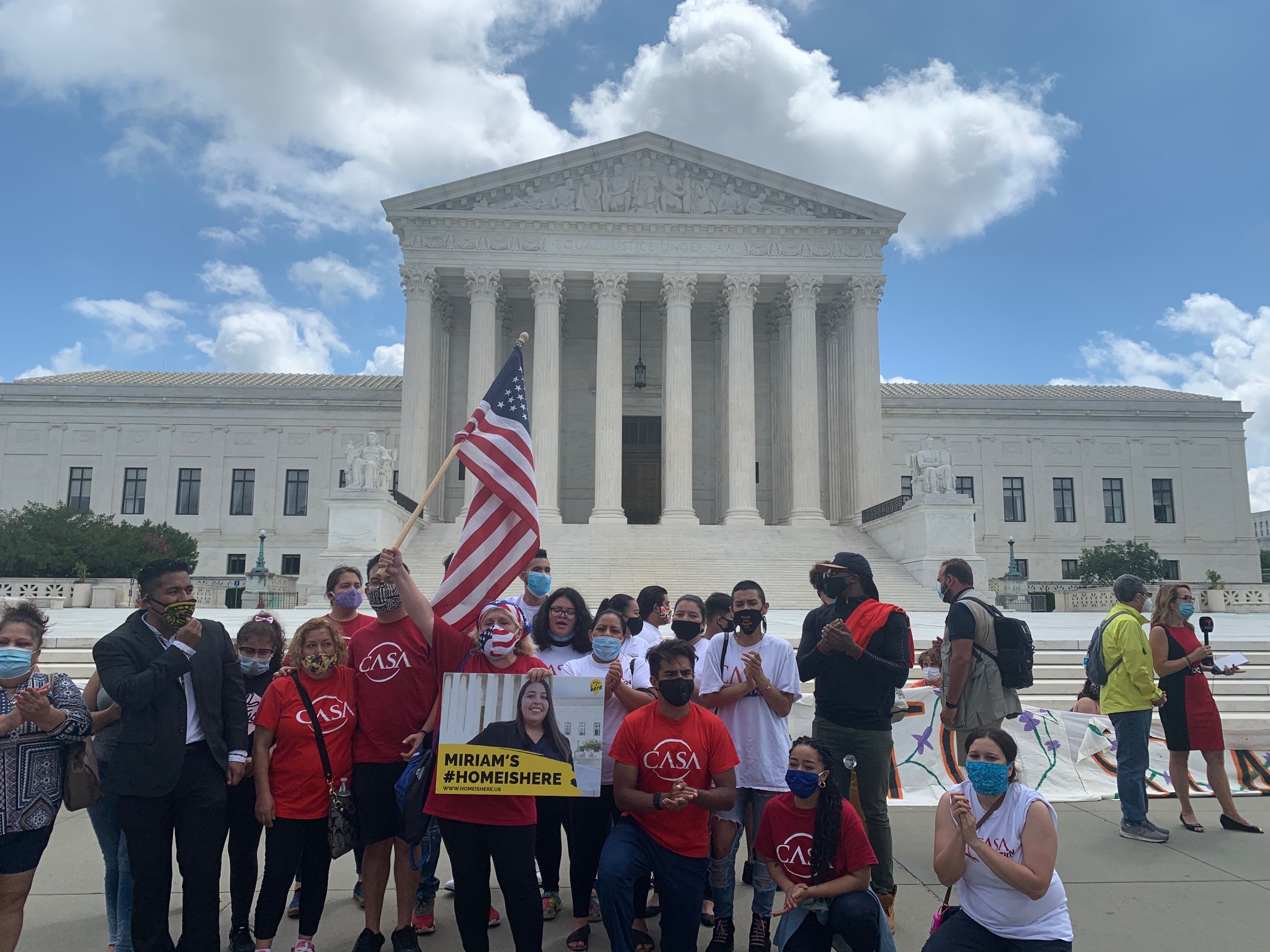 Nina Perales is vice president of litigation for the Mexican American Legal Defense and Educational Fund, which filed an amicus brief on behalf of the state of New Jersey and defendant-intervenor DACA recipients in Texas v. United States – an ongoing lawsuit challenging the legality of DACA – in support of the respondents in Department of Homeland Security v. Regents of the University of California, Trump v. NAACP and Wolf v. Vidal.

The sequence of events is familiar by now: The White House decides to take action, the Department of Justice writes a convenient letter and the federal agency moves forward with a damaging and discriminatory policy. We saw it when the Trump administration attempted to add a citizenship question to the decennial census and we saw it again with the administration’s decision to rescind the Deferred Action for Childhood Arrivals program, known as DACA. And twice the Supreme Court invalidated the agency action, this time for being “arbitrary and capricious” in violation of the Administrative Procedure Act.

Last June, in Dep’t of Commerce v. New York, the court concluded that Commerce Secretary Wilbur Ross “was determined to reinstate a citizenship question from the time he entered office [and] contacted the Attorney General himself to ask if DOJ would make the request.” The rationale offered by DOJ and Ross, that adding the citizenship question would aid in enforcing the federal Voting Rights Act, was, in the court’s view, “contrived” and “a distraction.” Because Ross’ decision lacked an adequate explanation, the court affirmed the remand back to the agency. In doing so, the court rejected Ross’ claim that “Commerce was simply acting on a routine data request from another agency,” and concluded instead that “Commerce went to great lengths to elicit the request from DOJ (or any other willing agency).” Of course, those lengths were inspired by advice from a political strategist who recommended adding the citizenship question to the decennial census in order to advantage “non-Hispanic Whites” in the next round of redistricting. On remand, the district court sanctioned DOJ for failure to produce documents related to Ross’ rationale for adding the citizenship question.

Now, a year later, the court has invalidated, on APA grounds, the Department of Homeland Security’s rescission of DACA. As in Commerce, the administration’s reverse-engineering was evident. In August of 2017, the White House convened a meeting at which the various department heads “agreed” that DACA should be terminated as illegal. DOJ committed to send a letter to DHS, which it did 10 days later, asserting that DACA was unlawful, and the following day Acting DHS Secretary Elaine Duke released her memo rescinding DACA. The one-page letter from the attorney general to DHS was a mere formality; DHS agreed to prepare the DACA rescission memo before receiving the legal advice from DOJ.

Yesterday, in Department of Homeland Security v. Regents of the University of California, the Supreme Court ruled that Duke never took the steps required of her as the head of a federal agency. She did not incorporate the legal reasoning of DOJ regarding DACA’s flaws into her rescission memo and did not consider alternatives to terminating all of DACA. She further did not consider whether there was a way to accommodate the reliance on DACA of hundreds of thousands of DACA recipients.

The Supreme Court took a moment (as Duke did not) to recognize the lives of the approximately 650,000 DACA recipients living in the United States today, observing that “DACA recipients have ‘enrolled in degree programs, embarked on careers, started businesses, purchased homes, and even married and had children, all in reliance’ on the DACA program.” The court also noted that “excluding DACA recipients from the lawful labor force may … result in the loss of $215 billion in economic activity and an associated $60 billion in federal tax revenue over the next ten years.” Quoting “DHS’s earlier judgment that forbearance is ‘especially justified’ for ‘productive young people’ who were brought here as children and ‘know only this country as home,’” the court invalidated the rescission in part because Duke “failed to address whether there was ‘legitimate reliance’ on the DACA Memorandum.”

The court was careful to chart the difference between DACA’s forbearance from removal and the permission for deferred-action recipients to be employed, which flows from separate and preexisting federal regulations. Whether the administration will consider these distinctions in its response to the ruling remains to be seen, but the court’s opinion takes pains to point out alternatives to a complete end to DACA.

The court did agree with the administration that the rescission challengers failed to plead sufficiently their claim of intentional racial discrimination. In order to reach this result, the majority had to brush aside the president’s statements that Latinos are “people that have lots of problems,” “the bad ones” and “criminals, drug dealers, [and] rapists.” However, it’s no coincidence that Latinos are located at the center of both of the court’s recent decisions on illegal agency actions. In Commerce, the administration sought to undercut Latino political representation, and in Regents, it sought to end protections for primarily Latino immigrant youth. Twice the administration made hasty, improper and injurious decisions aimed at Latinos and twice the court stepped in to enforce the basic requirements of the APA. The ball is once again in the administration’s court. Let’s hope our leaders abandon the effort to end DACA.

Posted in Symposium on the court's ruling in DHS v. Regents of the University of California, Trump v. NAACP and Wolf v. Vidal