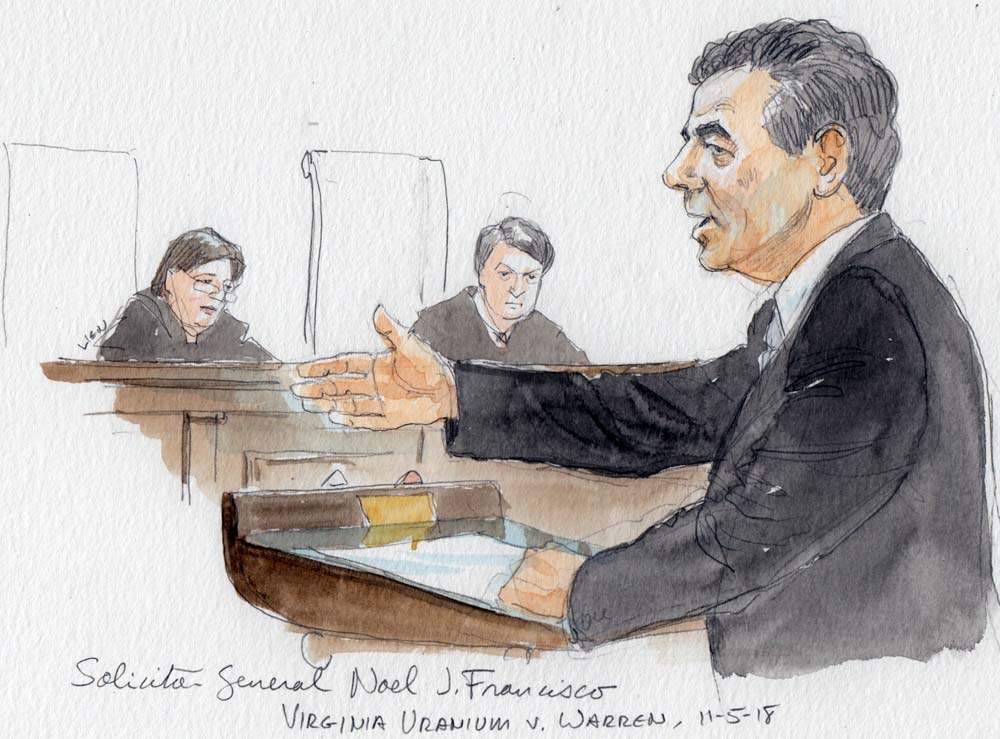 After just under three years (and three Supreme Court terms) on the job, Noel Francisco announced today that he would step down as the solicitor general of the United States, effective July 3, 2020. In a letter to President Donald Trump, Francisco wrote that he planned “to return to the private sector and spend more time with” his family.

In a statement, Attorney General William Barr described Francisco as a “principled and persuasive advocate” who “has represented the United States superbly before the Supreme Court for the past three Terms.” Barr said that he is “grateful” for Francisco’s “tireless service to his country and the Department of Justice, and I wish him well in his future endeavors.”

In his role as the federal government’s top lawyer before the Supreme Court, Francisco argued 17 cases there. He represented the Trump administration in several high-profile victories at the court, including its defense of the president’s September 2017 order – often known as the “travel ban” – restricting immigration to the United States from eight countries, most of which are predominantly Muslim; Janus v. American Federation of State, County and Municipal Employees, in which the court ruled that government employees who are not represented by a union cannot be required to pay a fee to cover the union’s costs to negotiate a contract that applies to all employees; and Masterpiece Cakeshop v. Colorado Civil Rights Commission, in which the court ruled that a baker who refused on religious grounds to create a custom cake for a same-sex wedding celebration had been treated unfairly by a state agency. The administration was on the losing side in two major cases that Francisco argued: this week’s ruling that federal employment discrimination laws protect LGBT employees; and last year’s decision that blocked the government from including a question about citizenship on the 2020 census.

Francisco was often a forceful advocate for the administration’s position away from the lectern as well. As law professor Steve Vladeck has documented, during Francisco’s tenure the federal government has asked the Supreme Court, often successfully, for emergency relief to block actions taken by lower courts, and allow the Trump administration to implement its policies while appeals are pending, over two dozen times. And after a dispute over whether a pregnant teenager who was caught trying to enter the United States illegally could terminate her pregnancy ended with the teenager’s receiving an abortion before the government could go to the Supreme Court to prevent it, Francisco asked the justices both to vacate the lower court’s ruling against the government and to sanction the teenager’s lawyers for misconduct. The justices eventually granted the government’s request to throw out the lower court’s ruling, but they rejected the request to sanction the teenager’s lawyers.

Although Francisco’s resignation was officially announced today, CNN had reported last week that his departure was imminent. The timing of Francisco’s departure is consistent with the general pattern for resignations by previous solicitors general, who have also left around the time that the court begins its summer recess.