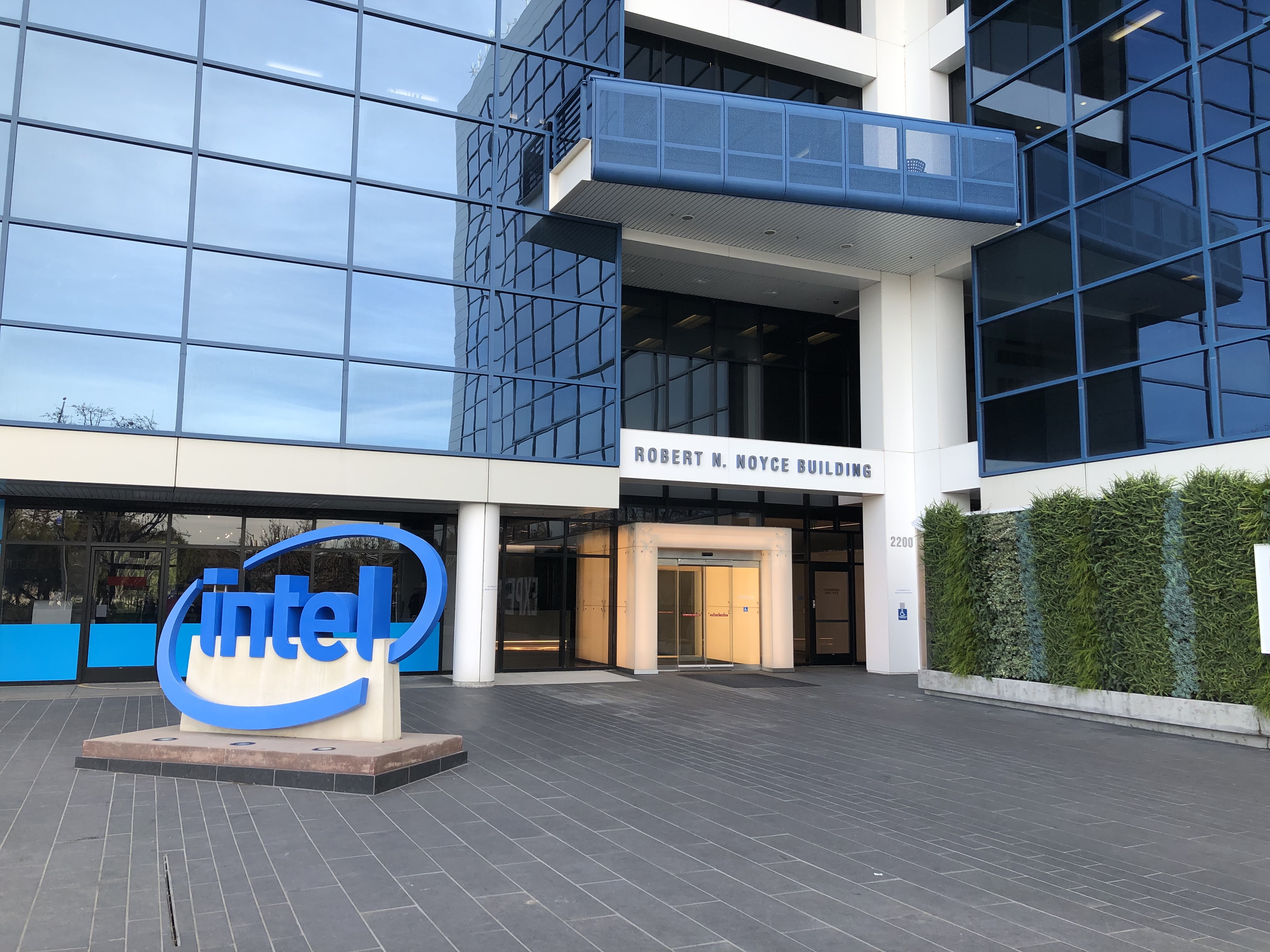 Under the Employee Retirement Income Security Act of 1974 (ERISA), participants in employer-sponsored retirement plans – including 401(k) plans  – have the right to challenge the prudence of decisions that plan fiduciaries make in selecting and managing the investment options available to participants. Participants must bring such suits within the time limits set by law. Section 413(1) of ERISA provides that claims must be brought within six years after the end of the fiduciary breach, violation or omission. Section 413(2) imposes a shorter limitation period when the participant has “actual knowledge” of the breach or violation. In such cases, the participant must bring the 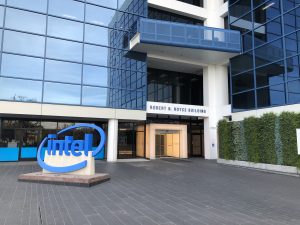 suit within three years from the earliest date on which the participant had “actual knowledge.”

Next week the Supreme Court will hear oral argument in Intel Corp. Investment Policy Committee v. Sulyma on the meaning of “actual knowledge.” Specifically, the justices will consider whether Section 413(2) bars suit when the defendant – here the committees and individuals at Intel responsible for administering the plans in a fiduciary capacity – disclosed the relevant plan information to the plaintiff – here a retirement-plan participant – more than three years before the plaintiff filed the complaint, but the plaintiff chose not to read or could not recall having read the information.

The case was brought by Christopher Sulyma, who worked at Intel between 2010 and 2012 and participated in two of the company’s ERISA-covered defined-contribution retirement plans. Sulyma’s account in the Intel Retirement Contribution Plan was automatically invested in the Intel Global Diversified Fund. Sulyma elected to invest his contributions to the Intel 401(k) Savings Plan in the Intel Target Date 2045 Fund, the plan’s default investment option. Following the 2008 financial crisis, Intel’s investment policy committee had increased both funds’ allocation to “alternative” investments in hedge funds and private equity.

As required by ERISA, Intel (used here to refer to the petitioners, which include Intel’s investment committee, administrative committee and finance committee) provided certain disclosures about the plans, including quarterly statements, the summary plan description, annual disclosures and the qualified default investment alternative notice. Some of these disclosures, as well as additional fund-specific “fund fact sheets,” could only be accessed by logging into a website. Intel referenced the website in the quarterly statements as a source of up-to-date plan information and also sent Sulyma emails notifying him that certain plan documents were available there. The fund-specific materials available through the website provided the investment-allocation information for the funds and identified the committee’s rationale for the allocation to alternative investments, including reduced volatility and protection against losses during periods of declining equity markets. These documents also described the risks and disadvantages of the allocation, such as higher fees and relatively lower returns during periods of rapidly rising equity markets. Sulyma accessed some of the materials on the website, but testified that he was not actually aware three years before filing suit that his retirement accounts were invested in hedge funds and private equity.

In October of 2015, Sulyma sued Intel, alleging that the plan fiduciaries’ decision to increase the allocation to alternative investments violated ERISA’s duty of prudence and caused the plans to suffer losses – in the form of higher fees and lower investment returns – relative to more prudently allocated funds. Intel moved to dismiss the complaint as time-barred under Section 413(2). After discovery, the district court ruled that based on the disclosure documents provided by Intel, Sulyma had “actual knowledge” of the relevant facts more than three years before filing suit. The U.S. Court of Appeals for the 9th Circuit reversed, holding that the phrase “actual knowledge” means that “the plaintiff is actually aware of the facts constituting the breach, not merely that those facts were available to the plaintiff.” The appeals court held that unless the undisputed record established that Sulyma specifically reviewed the provided materials and was “actually aware” of the disclosed information, summary judgment based on the limitations defense must be denied.

Intel petitioned for certiorari, noting that the U.S. Court of Appeals for the 6th Circuit had held in Brown v. Owens Corning Investment Review Committee that plan participants’ “failure to read the documents” provided by the plan “will not shield them from having actual knowledge of the documents’ terms.”

ERISA does not define “knowledge” or “actual knowledge.” Notably, when Congress first enacted ERISA in 1974, Section 413 contained, in addition to the current limitation based on “actual knowledge,” another limitation based on information provided in annual plan-level reports that must be filed with the Secretary of Labor. That limitation stated that an action could not be commenced more than three years from the filing of a plan report from which the plaintiff “could reasonably be expected to have obtained knowledge of [the] breach or violation.” In 1987, however, Congress repealed this “constructive knowledge” provision, leaving only the “actual knowledge” requirement in Section 413(2).

The arguments in this case center on the meaning of “actual knowledge” in the post-1987 amended provision. Intel argues that the meaning of “actual knowledge” can vary according to the statutory context. In this case, Intel reasons that Section 413(2) must be construed in light of ERISA’s disclosure regime. Because the purpose of that regime is to “confer knowledge of the disclosures’ contents on plan participants,” Intel asserts that a participant necessarily has “actual knowledge” of the information that has been provided in the disclosures, regardless of whether the participant actually reads any of the materials. Under this theory, a defendant could invoke the three-year limitations period upon showing that the plaintiff received the required disclosures. According to Intel, allowing the 9th Circuit’s holding to stand would reward participants who decide to ignore the disclosure materials that are meant to empower them to enforce their rights under ERISA.

Sulyma disputes any ambiguity in the term “actual knowledge” and argues that the phrase should be read in accordance with its ordinary meaning. To have “actual knowledge” of something, according to Sulyma, “is to have real awareness of it.” Sulyma illustrates the point by suggesting that someone who receives a letter with information about how to obtain something, but does not obtain it, might be charged with having “constructive knowledge” but the person does not have “actual knowledge.” Furthermore, Sulyma emphasizes that although ERISA includes other limitations periods that start the clock when the plaintiff “acquired or should have acquired actual knowledge,” Congress declined to include similar language in Section 413(2) and specifically removed the separate “constructive knowledge” trigger in 1987.

In this call for a “plain meaning” interpretation of “actual knowledge,” Sulyma is joined by the federal government, which filed a “friend of the court” brief and will participate in the oral argument. The federal government’s brief also argues that Intel’s reading of “actual knowledge” would frustrate enforcement of ERISA’s requirements by other fiduciaries and the Secretary of Labor, all of whom may bring actions that are subject to Section 413. Were such other fiduciaries and the secretary deemed to have “actual knowledge” of all the mandatory disclosures required under ERISA, they would routinely have three years, rather than six, to bring civil actions.

Intel raises a different set of policy concerns. Most notably, it warns that the 9th’s Circuit’s reading of Section 413(2) will “undermine the careful balance” that Congress struck in ERISA between “protecting employee rights and avoiding undue burdens on employers and plan fiduciaries.” Specifically, Intel suggests that plan participants will “purposely choose to ignore” the plan disclosures provided to them. As a result, it argues, plan fiduciaries, who already face a “massive burden” as a result of class-action litigation alleging fiduciary breach, will be “routinely denied the protection of ERISA’s three-year statute of limitations.” Subjecting ERISA plan fiduciaries to the six-year limitation period when fiduciaries disclose the relevant information would expose them to greater damages and “for years longer than Congress intended.” This point is emphasized in an amicus brief filed in support of Intel by the National Association of Manufacturers, the American Benefits Council, the ERISA Industry Committee and the American Retirement Association, which warns that the predictability provided to plan fiduciaries by the three-year limitations period in Section 413(2) “breaks down if participants can disclaim knowledge of the information disclosed to them.”

Sulyma asserts that that such policy arguments may not be used to ignore the plain statutory text.  The federal government’s brief likewise emphasizes that Intel’s “policy concerns are unfounded” because Congress already struck a balance between protecting employees’ rights and limiting fiduciaries’ liability by setting the six-year limitation period in Section 413(1). On this point, Sulyma is also joined by the Pension Action Center and the AARP, both of which submitted amicus briefs supporting a plain reading of “actual knowledge.” The organizations also emphasize that in drafting ERISA, Congress imposed significant responsibility on plan fiduciaries and was “at pains to provide plan participants with access to courts to enforce their rights to prudent and loyal plan management and to eliminate barriers that, prior to ERISA, stood in the way of such suits.” They argue that the statute’s disclosure regime is designed to benefit participants rather than to shield plan fiduciaries by limiting participants’ ability to enforce ERISA’s protective provisions.