Symposium: The new court and religion 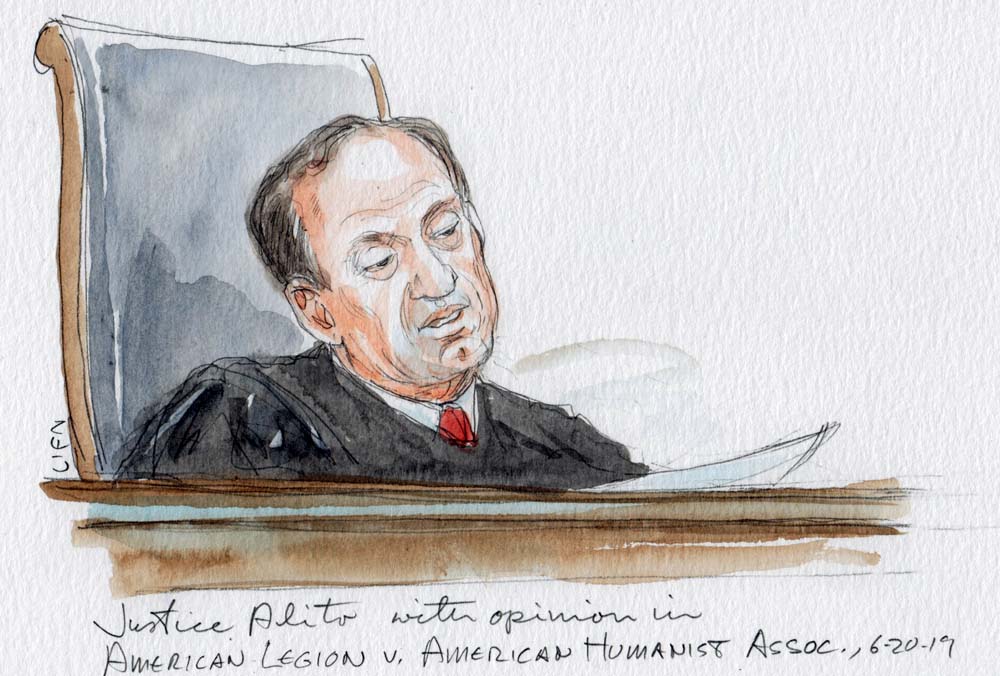 Erwin Chemerinsky is Dean and Jesse H. Choper Distinguished Professor of Law at the University of California, Berkeley School of Law.

Will replacing Justices Antonin Scalia and Anthony Kennedy with Justices Neil Gorsuch and Brett Kavanaugh make a difference as to how the Supreme Court deals with constitutional issues concerning religion? My sense, and it is based on the few opinions we have from the new justices in this area, is that the answer likely is different for the establishment clause than for the free exercise clause. I expect that Gorsuch and Kavanaugh will vote much the same as their predecessors on issues concerning when government actions violate the establishment clause. But I predict we are likely to see a major change with regard to the free exercise clause in the years ahead.

For at least the last few decades, the justices have been split among three different theories as to when government actions violate the establishment clause. The conservative justices have argued that the establishment clause is violated only if the government coerces religious participation or the government discriminates among religions in giving financial benefits. Under this approach, for example, religious symbols on government property do not infringe the First Amendment because they do not coerce religious participation. Also, under this approach, the government cannot deny religious institutions benefits that are provided to secular private institutions.

The liberal justices, by contrast, have contended that the establishment clause, in the words of Thomas Jefferson, creates a wall between church and state. These justices believe that religious symbols do not belong on government property. They do not believe that the government should be able to give aid to religious institutions if it is a type that might be used for religious instruction.

In the middle between these two views was the position that establishment clause means that the government cannot endorse religion or a particular religion. Justice Sandra Day O’Connor initially articulated this approach and followed it throughout her time on the Supreme Court. Under this approach, the question is whether a particular symbol would be regarded by the reasonable observer as an endorsement of religion. Also, this approach would allow the government to provide aid to religious schools so long as it is not actually used for religious instruction.

Scalia and Kennedy both were in the conservative camp on the establishment clause. In cases like County of Allegheny v. American Civil Liberties Union (1989), Van Orden v. Perry (2005), and McCreary County v. ACLU (2005), Scalia and Kennedy rejected challenges to religious symbols on government property. In the 2000 case Mitchell v. Helms, they joined Justice Clarence Thomas’ plurality opinion, which said that the government should not be able to deny benefits to religious schools that it provides to secular private ones.

In Town of Greece v. Galloway, Kennedy and Scalia were part of the majority to allow Christian legislative prayers before town board meetings. To be sure, they did not always agree in religion cases. Kennedy was more willing to find coercion in the school context and so in 1992 wrote the majority opinion in Lee v. Weisman, declaring unconstitutional clergy-delivered prayers at public-school graduations, and in 2000 was in the majority in Santa Fe Independent School District v. Doe, which declared unconstitutional student-led prayers at high-school football games. Scalia dissented in both of these cases. The difference was that Kennedy was willing to find coercion from social pressures, whereas legal coercion was required for Scalia.

From everything we know, Gorsuch and Kavanaugh are going to take the same approach to the establishment clause as the justices they replaced. In the religion clause case this term — American Legion v. American Humanist Association, which involved a 40-foot cross on public property – the outcome would have been no different if Scalia and Kennedy were still on the bench. Interestingly, both of the new justices took positions even more conservative than Justice Samuel Alito’s opinion for the Supreme Court. Gorsuch echoed a position taken earlier in 2010 by Scalia in Salazar v. Buono, that no one has standing to challenge religious symbols on government property. Kavanaugh read Alito’s opinion broadly as rejecting the 1971 test for the establishment clause in Lemon v. Kurtzman, something that the conservative justices – and especially Scalia – have long wanted to overrule.

Before Scalia’s death in 2016 and Kennedy’s retirement in 2018, I thought that there were five justices to take the conservative position on the establishment clause, that it is violated only if the government coerces religious participation or discriminates among religions in providing benefits. The two new justices also are very likely to take the same view.

In 1990’s Employment Division v. Smith, the Supreme Court, in a majority opinion by Scalia, held that the free exercise clause cannot be used to challenge a neutral law of general applicability. In other words, so long as a law is neutral in that it is not motivated by a desire to interfere with religion and so long as it applies to everyone, the free exercise clause cannot be used to challenge it no matter how much it burdens religion. In Employment Division v. Smith, the court ruled against Native Americans who were challenging an Oregon law that prohibited the use of peyote, something that they said was required in their religious rituals. The court ruled against the Native Americans by concluding that the Oregon law was neutral and of general applicability.

But now, there well may be a majority on the Supreme Court willing to overrule Employment Division v. Smith and provide more constitutional protection for free exercise claims. This year, in Kennedy v. Bremerton School District, the Supreme Court denied certiorari in a case brought by a football coach who had been fired for kneeling and praying on the field. Alito wrote an opinion respecting the denial of certiorari, joined by Thomas, Gorsuch and Kavanaugh. Alito said that the coach still has live claims, not presented in the petition for certiorari, under the free exercise clause and under Title VII, for employment discrimination based on religion.

Alito concluded his opinion: “In Employment Div., Dept. of Human Resources of Ore. v. Smith (1990), the Court drastically cut back on the protection provided by the Free Exercise Clause, and in Trans World Airlines, Inc. v. Hardison (1977), the Court opined that Title VII’s prohibition of discrimination on the basis of religion does not require an employer to make any accommodation that imposes more than a de minimis burden. In this case, however, we have not been asked to revisit those decisions.” I predict that these four justices – and perhaps Chief Justice John Roberts – want to reconsider and overrule Employment Division v. Smith.

It also is notable that in both of the free exercise cases decided since Gorsuch joined the Supreme Court, 2017’s Trinity Lutheran Church of Columbia Inc. v. Comer and 2018’s Masterpiece Cakeshop v. Colorado Civil Rights Commission, Gorsuch joined Thomas to take the most conservative position among the justices.

We will get an indication of how the new Supreme Court will deal with free exercise issues next term in Espinoza v. Montana Department of Revenue. The Montana Supreme Court held that a state law that allowed tax credits to be used to benefit parochial schools violated the Montana Constitution. The Supreme Court granted review to decide whether this violates the free exercise clause of the United States Constitution. This follows the Supreme Court’s decision two years ago in Trinity Lutheran, in which the court held that Missouri violated the free exercise clause when it denied religious schools benefits for playgrounds that it provided to secular schools. Roberts’ majority opinion, in a footnote, said that the case was just about playground surfaces. Espinoza v. Montana Department of Revenue will determine whether the court will go much further and require that the government provide benefits to religious institutions whenever it does for private secular ones.

It is only a matter of time before the Supreme Court returns to the question it ducked in Masterpiece Cakeshop: whether a business owner, based on his or her religious beliefs, may discriminate on the basis of sexual orientation. Liberals hoped that Kennedy, who wrote the majority opinion in every Supreme Court decision in history expanding rights for gays and lesbians, might be a fifth vote to reject the claim of religious freedom and prevent the discrimination. Now the outcome is likely to turn on his replacement, Kavanaugh.

Views on issues concerning the Constitution and religion very much divide along ideological lines. I predict that Gorsuch and Kavanaugh will adopt the position of a very weak establishment clause and a free exercise clause that provides robust protection of religion. The former view will resemble that advanced by Scalia and Kennedy, but the latter may bring about a significant change in the law.