Justice Stevens: Setting an example for all of us 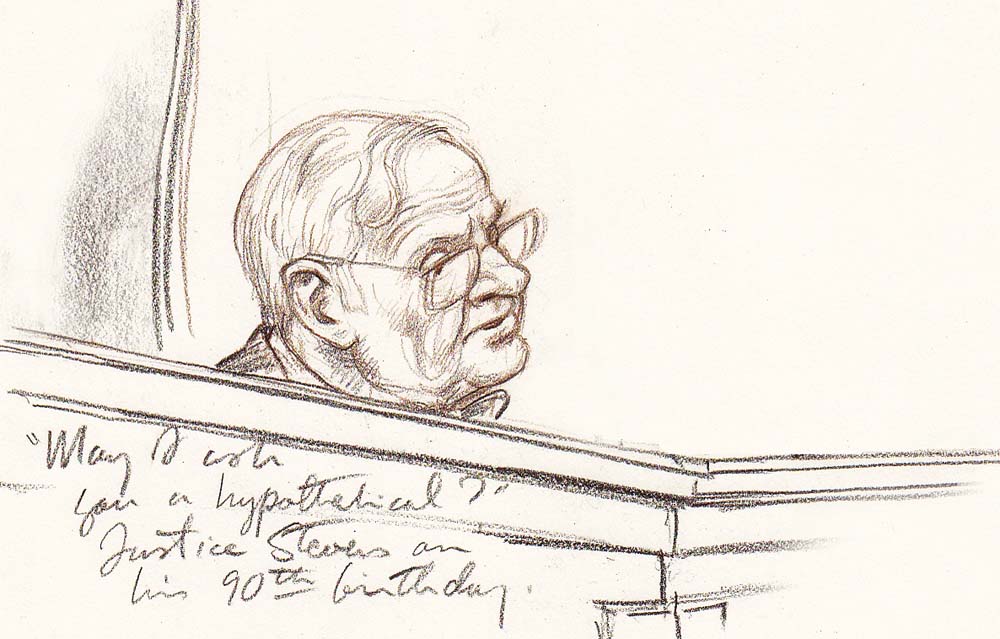 Jeffrey L. Fisher is a professor of law at Stanford Law School and special counsel at O’Melveny & Myers; he served as a law clerk to Justice John Paul Stevens in 1998-99.

Much has been said in the past couple of days about Justice Stevens’ kindness, humility and generosity of spirit.  All of it is true.

But perhaps not quite enough has yet been said about the justice’s integrity. Selecting a nominee in the wake of the Watergate scandal, President Gerald Ford was said to be guided by a single objective: to find the “finest legal mind” available. But the need to select a jurist who was above reproach must surely have been foremost in his thinking as well. 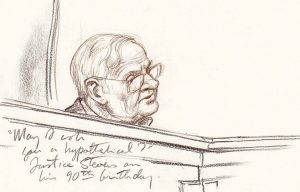 The president found that person in Justice Stevens. Never afraid to speak his mind or stand his ground—though never showy about doing so—the justice seemed to prize his independence of thought above all else. He simply endeavored to figure out the best solution to the problem each case posed, period. If he came up with an elegant resolution others had missed, all the better. He would report his discernment to the clerks with a glint in his eye … and then write it up himself. But the idea he might be swayed by some improper influence, or even fail to give due weight to a counterargument, was laughable.

I think this resolute commitment to searching and evenhanded decision-making was at least partly what has always inspired such fierce admiration among his law clerks. It was taken as a given in chambers that none of us could ever hope to live up to the justice’s example. But we could try, when we engaged with the law, to emulate his model—or at least hope we absorbed as much of his aura as possible. What seemed merely second-nature to him has always been a gleaming ideal for all of us.

Carol Lee, who is special counsel at Taconic Capital Advisors and who served as a law clerk to Stevens in 1982-83, joins Fisher in expressing these sentiments.

Recommended Citation: Jeffrey Fisher, Justice Stevens: Setting an example for all of us, SCOTUSblog (Jul. 18, 2019, 11:02 AM), https://www.scotusblog.com/2019/07/justice-stevens-setting-an-example-for-all-of-us/