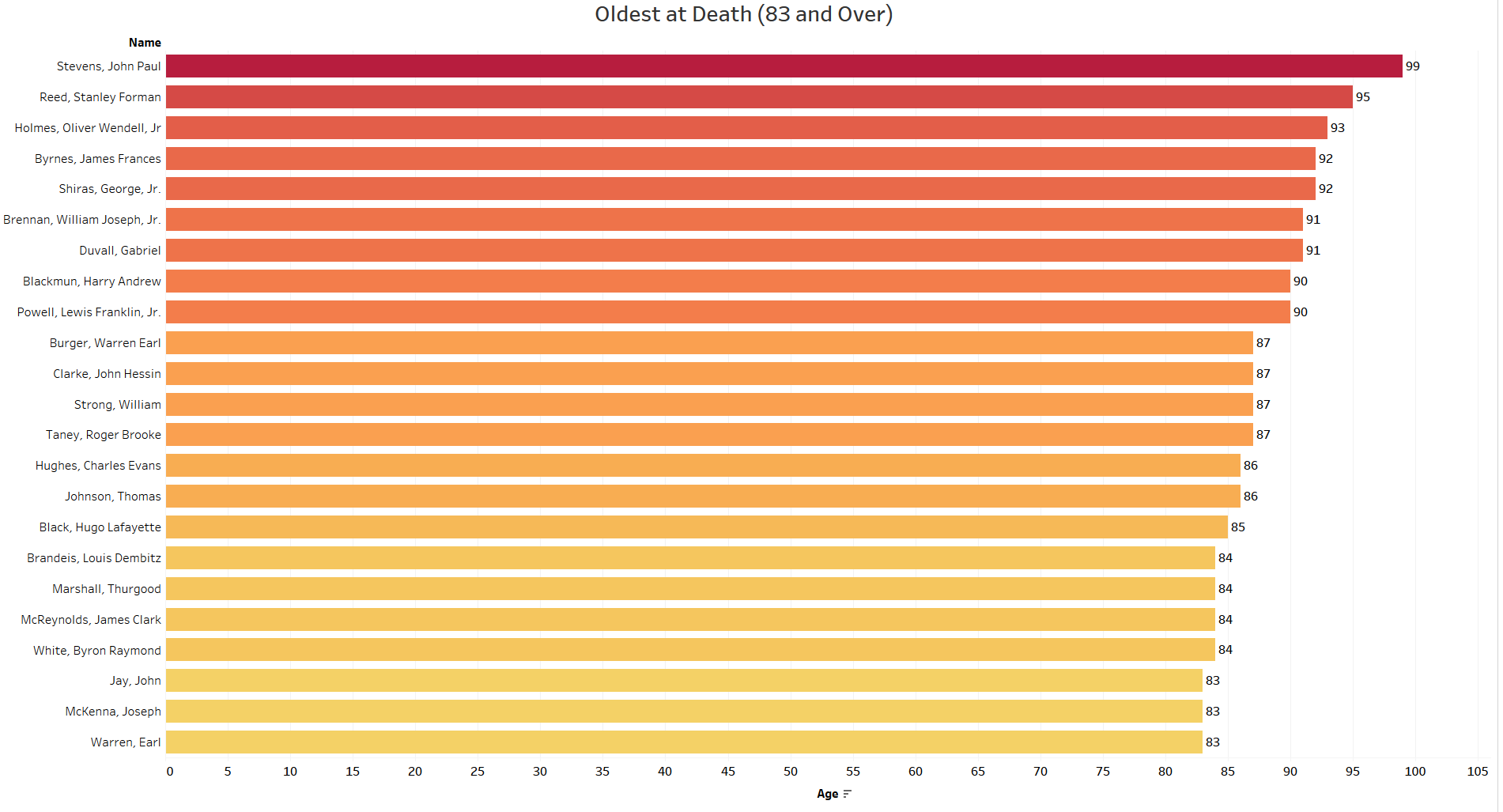 With Justice John Paul Stevens’ passing yesterday on July 16, 2019, went the oldest person ever to serve on the Supreme Court. At 99 years of age, Stevens was four years older than the previous justice to live longest, Stanley Reed, who was born in 1884, confirmed to the court in 1938 and died in 1980. Stevens was born in 1920 and confirmed to the court in 1975 (Data for justices’ ages was derived from the Supreme Court Justices Database.). 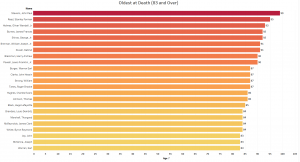 Stevens was part of a select group who lived into their 90s, which includes Justices Lewis Powell, Harry Blackmun, Gabriel Duvall, William Brennan, George Shiras, James Byrnes and Oliver Wendell Holmes. Of these justices, Blackmun passed most recently, in 1999, and Duvall was born earliest, in 1752. 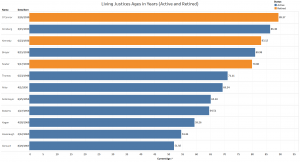 Justice Ruth Bader Ginsburg is the oldest active living justice at 86, followed by Justice Stephen Breyer, who is just a shade under 81. Breyer was born on August 15, 1938. Three active justices are still in their 50s, with Justice Neil Gorsuch the youngest, followed by Justices Brett Kavanaugh and Elena Kagan.

Stevens and Holmes both served on the court until the age of 90 — the oldest of any of the justices. Holmes served several months longer than Stevens. 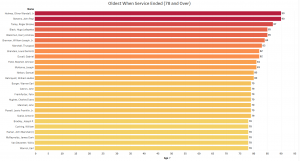 Eleven other justices served until they were at least 80 years old, including Chief Justice William Rehnquist, who passed away most recently, in 2005.

On the other end of the spectrum, five justices including the first chief justice, John Jay, left the court before they turned 50. 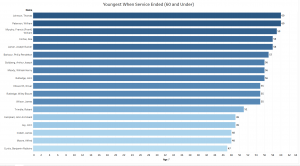 Of the five justices departing before they turned 50, only James Iredell passed away while still an active member of the court.

At 48, Iredell was also the youngest justice to pass away.

All the justices who passed away under the age of 64 were born prior to the turn of the 20th century. Chief Justice John Rutledge was born earliest of this group, in 1739.

Stevens appears to be the third longest serving justice on the court, with Justice Stephen Field serving second longest and only days longer than Stevens (The dates of service were derived from this link on the Supreme Court’s website.). 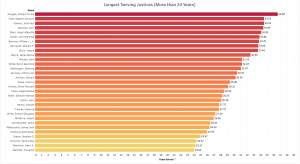 Justice William Douglas served the longest of the justices at over 36 years, or just over two years longer than both Stevens and Field. Others to serve into their 34th year on the court include Justice Hugo Black and Chief Justice John Marshall.

Including active justices, the justice to serve the shortest time on the court was Justice Thomas Johnson, who sat on the court for just under half a year between when he took the judicial oath in 1792 and when he left the court in January 1793. 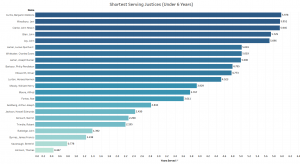 Kavanaugh has currently served the second shortest period of time on the court. Johnson and Kavanaugh are the only two justices to serve less than one full year (Kavanaugh will have served a year on the court on October 6, 2018.). Gorsuch currently has the sixth shortest tenure on the court at under 2.5 years. All other active justices have sat on the court for more than six years.