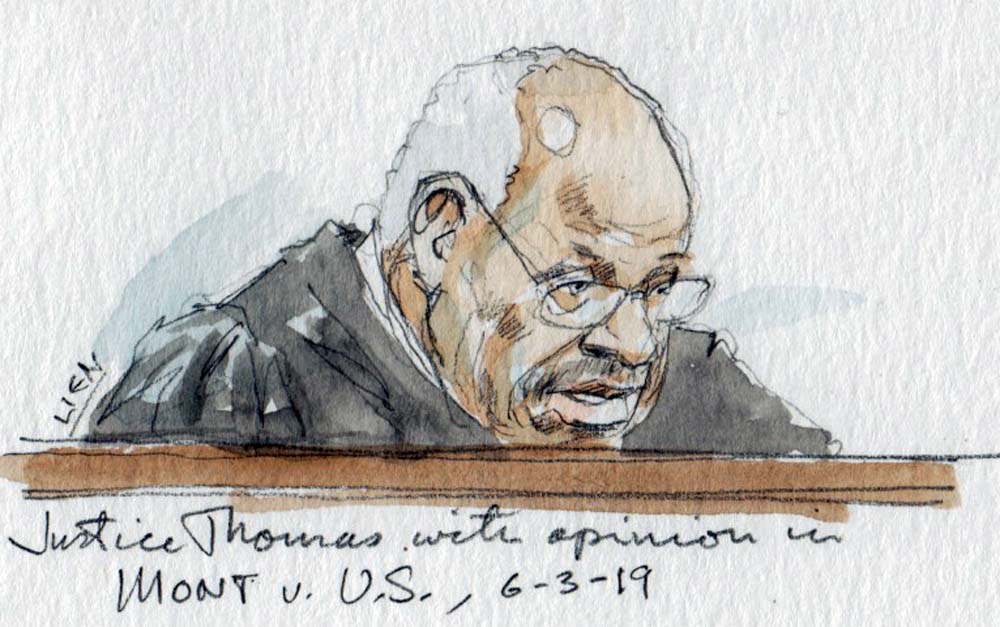 In yesterday’s decision in Mont v. United States, a sharply divided Supreme Court held that a period of pretrial detention tolls, or stays, a term of federal supervised release if a court decides to credit that period of pretrial detention toward a sentence for a new conviction. Justice Clarence Thomas wrote the majority opinion, which resolved a circuit split that featured competing textual claims about the meaning of 18 U.S.C. § 3624(e), the relevant tolling provision.

The 5-4 decision in this case did not divide neatly along conventional ideological lines. Justice Ruth Bader Ginsburg joined Thomas’ opinion, as did Chief Justice John Roberts and Justices Samuel Alito and Brett Kavanaugh. Justice Sonia Sotomayor filed the dissenting opinion, which was joined by Justice Neil Gorsuch, in addition to Justices Stephen Breyer and Elena Kagan. 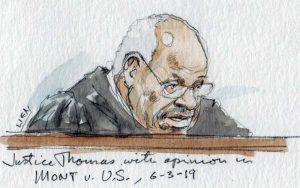 The case turned on a close reading of Section 3624(e), which provides that a “term of supervised release does not run during any period in which the person is imprisoned in connection with a conviction for a Federal, State, or local crime unless the imprisonment is for a period of less than 30 consecutive days.” The justices had to decide whether and under what circumstances a period of pretrial confinement qualifies as imprisonment “in connection with a conviction.” Jason Mont had spent 10 months in state pretrial custody, and he argued that the tolling provision was not triggered when the state court credited this 10-month period toward his sentence on a new state conviction.

In a vigorous dissent, Sotomayor criticized the majority for disregarding the present-tense nature of Section 3624(e). She argued that nobody “is imprisoned in connection with a conviction” before any conviction has occurred. In her view, the statute does not authorize tolling when the offender is in pretrial detention and a conviction “is no more than a possibility” in the future. By ignoring the present-tense character of the statute, the majority has improperly altered the statute’s frame of reference from real-time assessments of the nature of the detention (“what is”) to retroactive assessments (“what was or what has been”).

Sotomayor also rejected the notion that her reading of the statute would create a windfall for defendants. She stressed that pretrial confinement is not meant to punish a defendant for a crime, but instead to ensure that a defendant appears in court and is incapacitated if there is a danger to the community. Furthermore, she argued that the majority’s expansive interpretation of the tolling provision would create “a serious risk of unfairness” for defendants. Every person on supervised release would have to comply with the conditions of supervised release while in pretrial custody, but only some of those people would be credited for this compliance. Citing an article I wrote, Sotomayor emphasized that the burdens of compliance are substantial, given the breadth of the conditions of supervised release.