Academic highlight: The states arguing as amici curiae in the Supreme Court 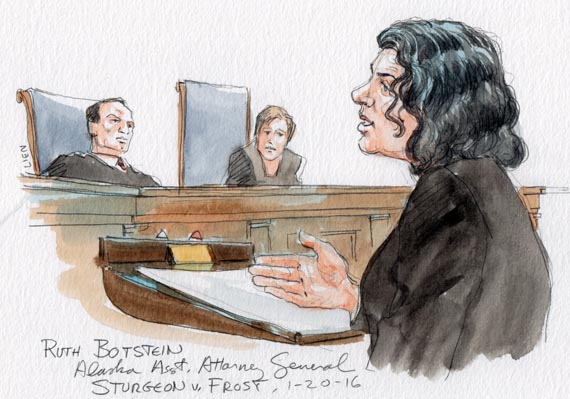 Those of you paying close attention to oral argument in the Supreme Court this term may have noticed something unusual. In three cases (Sturgeon v. Frost, Gamble v. United States and Tennessee Wine & Spirits Retailers Association v. Blair), one of the advocates was a state government attorney arguing on behalf of a state or group of states as amicus curiae. As discussed in my recent article for Green Bag 2D, “The Modern History of State Attorneys Arguing as Amici Curiae in the U.S. Supreme Court,” the court appears once again willing to hear from the states even when no state is a party. 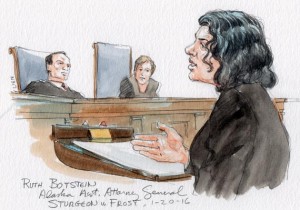 The modern history of state attorneys arguing as amicus curiae in the Supreme Court began with then-Ohio State Solicitor Jeffrey Sutton’s 1997 argument in City of Boerne v. Flores. For a decade following that argument, stretching from the 1996 to the 2006 terms, the court routinely granted state motions for argument time as amicus. As my article details, based on my review of all the state motions during that time period, “the following ‘rule’ appeared to exist: The Court would grant a state attorney’s motion for argument time as amicus if (1) the state had the consent of the party it was supporting and (2) the United States was not arguing (as amicus or a party) on the side the state supported. That rule placed the states above all litigants in the Court other than the U.S. Solicitor General.”

Starting in the 2007 term, however, the Supreme Court changed course. In that term, the court denied seven of the state attorneys’ eight argument motions, including four that satisfied the “rule.” For the next six terms, the states rarely sought amicus argument time and when they did, they were rebuffed by the court.

The tide started to turn back in 2014, when the Supreme Court granted then-Kansas Solicitor General Stephen McAllister’s motion for amicus argument time in Oneok Inc. v. Learjet Inc. Since then, the court has granted four more state amicus argument motions (including the three this term). A look at the cases in which the court has granted and denied states’ motions suggests that the court will grant state amicus motions when the states — as sovereigns — have a distinct perspective from the party they are supporting. For example, Sturgeon v. Frost concerned Alaska’s and the National Park Service’s competing claims to power over navigable waters within Alaska’s boundaries. Alaska had a compelling sovereign interest in the controversy that was distinct from the interest of John Sturgeon, the moose hunter who brought the case.

It remains to be seen whether the Supreme Court will wish to hear from state amici in another category of cases: “where both the federal government and the states regularly enforce a federal law but have differing views about how it should be interpreted.” The court allowed state amicus arguments in cases of that sort — such as Leegin Creative Leather Products Inc. v. PSKS Inc. (antitrust) and United States v. Atlantic Research Corp. (environmental law) — between the 1996 to 2006 terms. No recent state amicus motions have involved this situation, so we don’t yet know the court’s attitude toward it.

All told, the Supreme Court’s recent willingness to hear from state attorneys as amicus curiae is a positive development. As my article concludes, “Given the states’ central role in federalism disputes and federal law-enforcement cases before the Court, and given the high quality of state advocates, they deserve a regular place at the argument table.”