Argument preview: Administrative exhaustion is mandatory, but is it also jurisdictional? 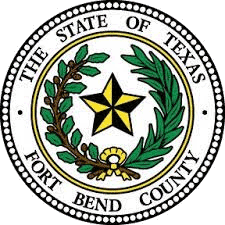 On April 22, the Supreme Court will hear argument in Fort Bend County v. Davis, about the legal importance of an employment discrimination plaintiff’s failure to pursue a claim with the Equal Employment Opportunity Commission before going to court.

While employed by Fort Bend County, plaintiff Lois Davis filed a complaint alleging that the county’s information-technology director had sexually harassed and assaulted her. The county investigated, and the director later resigned as a result. However, things did not end there: Davis alleges that her supervisor began retaliating against her, motivated by his friendship with the former director. Further, when Davis told her supervisor that she could not work on one Sunday because of a religious obligation, her supervisor refused to excuse Davis’ absence, and then fired her when she missed work to attend to the religious obligation anyway.

Before she was fired, Davis filled out an intake questionnaire and filed a charge with the Texas Workforce Commission alleging sexual harassment and retaliation. The charge was automatically submitted to the EEOC under a work-sharing agreement between the two agencies. After Davis was fired, she amended her intake questionnaire (but not her charge) by writing “religion” in the section of the form labeled “Employment Harms or Actions.”

Normally, parties may not raise arguments for the first time at such a late stage in a case. But that general rule does not apply when the late-arriving argument is that the court lacks jurisdiction over the case. The issue in this case is whether Title VII’s administrative exhaustion requirement is jurisdictional; if so, then Fort Bend’s failure to raise the exhaustion issue until after the case was remanded from the 5th Circuit won’t matter.

Fort Bend County argues that Title VII’s exhaustion requirement is a detailed, multi-step procedure that is phrased with mandatory language and found in a section of the statute labeled “jurisdiction.” Accordingly, the county continues, it is “fairly discernible” from the text and structure of the statute that Congress intended to limit courts’ jurisdiction to claims that have first been presented to the EEOC.

Davis agrees that Title VII’s language means that administrative exhaustion is mandatory, but points out that claim-processing requirements can be mandatory without being jurisdictional. With the solicitor general’s support, she also argues that “fairly discernible” is the wrong standard to apply; instead Davis and the solicitor general both rely on the Supreme Court’s decision in Arbaugh v. Y&H Corp., a Title VII case holding that Congress must speak clearly when it means to impose jurisdictional requirements. In addition to arguing that Title VII’s exhaustion provision does not meet that standard, Davis and the solicitor general emphasize that the unyielding and potentially disruptive consequences of jurisdictional rules justify the clear-statement approach. Fort Bend argues that Arbaugh’s clear-statement rule does not apply in the exhaustion context, and that in any event Title VII does speak clearly.

Fort Bend next argues that the purposes of Title VII’s exhaustion requirement support the conclusion that it is jurisdictional. Those purposes include fairness to employer defendants; promoting the resolution of discrimination claims without resort to the federal courts; and helping the EEOC and its state-level equivalent agencies acquire information about employers’ discriminatory patterns or practices and play their roles in enforcing Title VII and state law. Further, Fort Bend argues that when a governmental employer is a Title VII defendant, the exhaustion requirement limits the statute’s abrogation of sovereign immunity by allowing the public employer a chance to avoid court by resolving the claim at the agency stage. Davis responds that these reasons show that administrative exhaustion is important, but that many important procedural rules are not jurisdictional.

Potential barriers for Fort Bend County include the Supreme Court’s decisions in Zipes v. Trans World Airlines and Arbaugh, on which Davis relies. These cases respectively hold that neither the time limit for filing an EEOC charge nor the statute’s requirement that covered employers have at least 15 employees is jurisdictional. But Fort Bend argues that Supreme Court precedent in other statutory contexts distinguishes between situations in which a charge with an administrative agency is filed late and those in which a charge is not filed at all, sometimes treating only the latter as a jurisdictional bar. Additionally, the county argues that Title VII’s framework treats the provisions at issue in both Zipes and Arbaugh differently than the exhaustion requirement.

There are a small number of amicus briefs in this case, most of which amplify the parties’ arguments or explain the potential consequences of the case for employers and employees; for example, the National Employment Lawyers Association stresses that most employees will file their EEOC charges without the assistance of counsel, justifying a more flexible approach to administrative exhaustion. In the one brief filed in support of neither party, law professor Scott Dodson argues that everyone is asking the wrong question, and that the focus on whether Title VII’s exhaustion requirement is jurisdictional is misplaced. He reasons that the Supreme Court has not always equated “jurisdictional” with “nonwaivable,” just as it has not always equated “nonjurisdictional” with “waivable.” Because of this, he urges the court to simply focus on whether Title VII’s statutory language is consistent with the application of waiver principles and equitable doctrines.