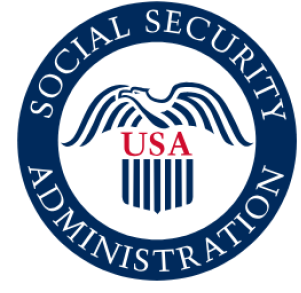 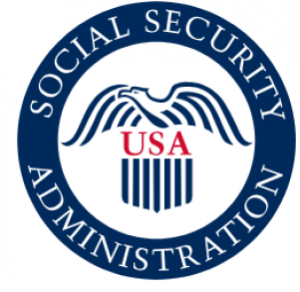 After a hearing, an administrative law judge denied Ricky Lee Smith’s application for supplemental security income benefits based on disability. The ALJ’s decision was dated March 26, 2014, and under the agency regulations, Smith was required to request review of the ALJ’s decision by the Appeals Council within 60 days of receiving the decision.

Smith’s counsel alleges that he timely requested review of the ALJ’s decision. The Social Security Administration, however, has no record of receiving his appeal before September 21, 2014, when it received a fax from Smith’s counsel asking about the status of the appeal. On November 6, 2015, the Appeals Council dismissed Smith’s request for review as untimely.

A Social Security Administration regulation provides that “[t]he dismissal of a request for Appeals Council review is binding and is not subject to further review.” Smith nevertheless brought suit seeking judicial review of the Appeals Council’s dismissal under 42 U.S.C. § 405(g). Section 405(g) provides in relevant part:

Any individual, after any final decision of the Commissioner of Social Security made after a hearing to which he was a party, irrespective of the amount in controversy, may obtain a review of such decision by a civil action commenced within sixty days after the mailing to him of notice of such decision or within such further time as the Commissioner of Social Security may allow.

Consistent with the agency’s regulation and the majority view of the federal courts of appeals, the district court dismissed Smith’s complaint on the ground that dismissal by the Appeals Council of a claimant’s untimely request for an appeal is not a “final decision” subject to judicial review under Section 405(g). The U.S. Court of Appeals for the 6th Circuit affirmed.

The Supreme Court granted certiorari to resolve a split among the circuit courts on this question. Smith contends that the Appeals Council’s decision is a final decision under the plain meaning of Section 405(g) because it is the final administrative ruling in the case — there is no further administrative consideration of the claim. Smith argues that this reading is consistent with the Supreme Court’s interpretation of the term “final” under the closely related Administrative Procedure Act and that the lower court’s distinction between dispositions based on the merits (which are appealable) and dispositions on other grounds (which are not subject to appeal) was entirely irrelevant. Smith points out that even if the meaning of the term “final” were not clear, it should encompass the Appeals Council’s determinations based on timeliness because the Supreme Court applies a strong presumption in favor of judicial review of administration action.

Smith asserts that his appeal is clearly distinguishable from Califano v. Sanders, a 1977 case in which the Supreme Court held that an agency’s final decision not to reopen a claim for benefits does not fall within the definition of a final decision subject to judicial review under Section 405(g). Quoting the U.S. Court of Appeals for the 11th Circuit’s 1983 decision in Bloodsworth v. Heckler, Smith explains that “review and reopening play fundamentally different roles in the process of administrative decision making and have significantly different effects upon the finality of administrative decisions.” Reopening a case offers a claimant a “bonus opportunity” to obtain administrative reconsideration of a final decision. The Appeals Council’s dismissal of Smith’s appeal on the ground of untimeliness, in contrast, is the first “final decision” in this case and thus Smith’s first opportunity for judicial review.

Smith contends that the agency’s regulation prohibiting judicial review of the Appeals Council’s dismissal is not entitled to deference because it contradicts the plain statutory text that authorizes judicial review for “any final decision.” Moreover, it would defy common sense to defer to that regulation when, as explained below, the government has disclaimed the legality of the regulation. Smith further argues that in light of the Appeals Council’s heavy workload, judicial review is particularly important to ensure that claimants are not subject to arbitrary and unjustified action.

Consistent with its regulation, the agency argued before the lower courts that the Appeals Council’s dismissal of Smith’s claim on the ground that it was not timely was not a final decision eligible for judicial review under Section 405(g). The government, however, reconsidered its position before the Supreme Court in light of Smith’s petition for writ of certiorari and a recent decision by the U.S. Court of Appeals for the 7th Circuit in which it joined the 11th Circuit in holding that Section 405(g) “‘allows judicial review when a claim has been presented and finally decided,’ even when that final decision is … a dismissal for untimeliness.” The government now takes the position that a dismissal order is subject to judicial review, but that the review is limited to the procedural ground on which the agency based its dismissal.

The government’s arguments are similar, though not identical, to Smith’s arguments. For example, the government contends that the Appeals Council’s dismissal of Smith’s request for review is a “final decision” subject to judicial review under Section 405(g) in both the ordinary sense of the term and under its customary usage in administrative law because the agency will take no further action on Smith’s claim for benefits. Similarly, the government argues that the agency’s regulation is beyond the authority of the agency because it indicates that the agency will never issue a final decision on Smith’s application, which would deprive Smith of his statutory right to judicial review merely because he failed to comply with an administrative guideline.

Unlike Smith, the government contends that judicial review is limited to the procedural ground on which the agency based its dismissal. The government asserts that limited judicial review is consistent with Section 405(g)’s express authorization of limited judicial review “where a claim has been denied by the Commissioner … because of failure of the claimant … to submit proof in conformity with any regulation prescribed under [42 U.S.C. 405(a)]” as well as with the federal courts’ approach to exhaustion in other contexts. Smith contends that the government’s position conflicts with the Supreme Court’s 2000 position in Sims v. Apfel. In Smith’s view, the language that the government relies on supports his position, because it shows that if Congress intends to limit judicial review to the grounds on which the decisions were resolved, it can and will draft the statute to do that expressly.

Because the government argues in favor of reversing and remanding the 6th Circuit’s decision, the Supreme Court appointed Deepak Gupta as amicus curiae in support of the decision below. Gupta argues that Section 405(g) should be interpreted in the specific context in which it arose – as part of the Social Security Act – rather than with reference to customary administrative practice and general APA doctrines as Smith and the government argue. According to Gupta, Section 405(g) was enacted in conjunction with “the creation of a massive, quasi-judicial process for adjudicating millions of small social security claims, with express restrictions on the circumstances in which judicial review must be allowed.” Section 405(g)’s “somewhat unusual” character arises from its role in ensuring that “federal courts are not swamped by disputes over the rules of the many-layered administrative process governing the nation’s largest social welfare program.”

Gupta asserts that the term “final decision” in Section 405(g) is susceptible to several different interpretations, and the most compelling, “within the ‘context of the statute as a whole,’” is “the final disposition of a claim for benefits on its merits.”

Relying on, among other authorities, Judge Henry Friendly’s 1966 interpretation of the requirement in Cappadora v. Celebrezze, and the Supreme Court’s opinion in Califano v. Sanders, Gupta argues that Section 405(g)’s “after a hearing” requirement is not satisfied in this case because the Appeals Council’s dismissal is not a decision on which the Social Security Act requires a hearing. Gupta further argues that the requirement is not satisfied by the ALJ hearing on Smith’s claim for benefits because “in context,” Section 405(g)’s “after a hearing” requirement “plainly refers to a ‘final decision’ reached ‘after a hearing’ on that decision.”

Gupta notes that the Social Security Administration’s interpretation of Section 405(g)’s finality requirement is not limited to Appeals Council dismissals on untimeliness grounds. Finality issues come up in a host of other procedural determinations under Social Security. Moreover, other statutes, most notably Medicare and Medicaid, incorporate Section 405(g) into their provisions for judicial review. Reversing the Social Security Administration’s longstanding interpretation of Section 405(g)’s finality requirement could “create significant floodgate concerns.”

Finally, Gupta argues that, at a minimum, the Social Security Administration’s longstanding interpretation of the statute is reasonable and therefore entitled to deference.

The National Organization of Social Security Claimants’ Representatives filed an amicus brief in support of Smith. The NOSSCR first describes the very lengthy and complicated four-step disability claims process that can be confusing to claimants. The NOSSCR then argues that Smith satisfied the non-waivable, jurisdictional component of the exhaustion requirement when he applied for benefits in 2012, when he sought reconsideration after the benefits were denied, and again when he participated in a hearing before an ALJ. Pointing to, among other things, the extraordinarily heavy workload of administrative appeals judges and the high frequency with which courts rule in claimants’ favor in other types of Social Security cases, the NOSSCR asserts that precluding review of dismissals by the Appeals Council causes harm to claimants. Finally, relying on general Social Security statistics as well as experience in the 11th Circuit, which has long allowed judicial review of Appeals Council dismissals, the NOSSCR contends that allowing review of Appeals Council dismissals would only cause a slight increase in federal court filings.