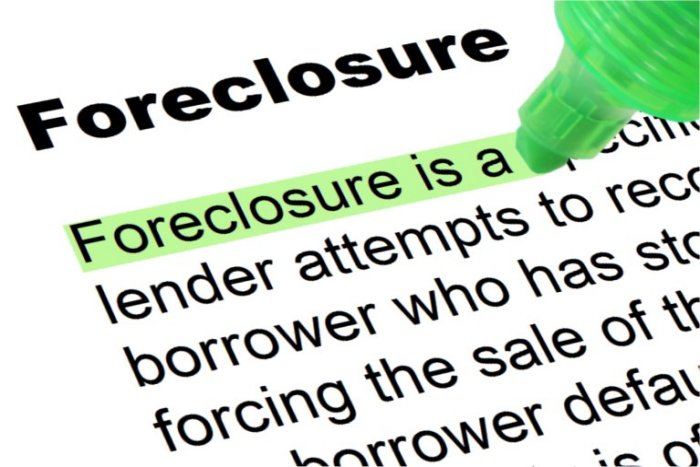 This is a case in which the more precise you think the statutory language is, the less obvious the right answer becomes. The question presented in Obduskey v. McCarthy Holthus LLP is whether the definition of “debt collector” under the Fair Debt Collection Practices Act includes attorneys who effect nonjudicial foreclosures. This case is difficult, not because the statutory language is inherently ambiguous, but because words like “debt” and “foreclosure” have popular meanings that do not quite track their technical meanings. And their technical meanings are sufficiently recondite that it is not obvious that Congress intended to deploy them. More importantly, once one begins excavating the statutory text, it becomes clear that Obduskey is a federalism case masquerading as fiddly little puzzle about how to read the FDCPA.

The history of this case is straightforward: In 2007, Dennis Obduskey mortgaged his Colorado home to Magnus Financial Corporation. Like so many home loans at the time, his was sold and Wells Fargo eventually purchased the servicing rights. By 2009 Obduskey had defaulted and Wells Fargo, through its counsel, McCarthy Holthus LLP, began a nonjudicial foreclosure, a procedure in which a lender can foreclose on a property without going to court. Although nonjudicial foreclosures can proceed quickly, this one did not.

McCarthy sent Obduskey an undated notice in 2014 that contained three noteworthy features for this case: 1) It announced Wells Fargo’s intent to seek a nonjudicial foreclosure for “the total amount of the debt currently owed” plus “interest, late charges, and other charges” that “the amount due on the day you pay”; 2) it stated that McCarthy would “assume this debt to be valid unless [petitioner] dispute[d] its validity, or any part of it, within 30 days after receiving this notice”; and 3) it explained that McCarthy “may be considered a debt collector attempting to collect a debt.” In other words, it looked a lot like the notices that debt collectors who fall within the FDCPA’s definition send. Critically though, McCarthy did not request that Obduskey make any payments on the debt. Obduskey responded by disputing the debt. If the FDCPA covers nonjudicial foreclosures, disputing the debt would trigger various safeguards under 15 U.S.C. § 1692g and effectively put the foreclosure on hold until McCarthy could obtain more information about the debt from Wells Fargo. Instead, McCarthy initiated a new nonjudicial foreclosure in May 2015.

A word about mortgages is in order before we get to the statute. The typical home mortgage comprises two closely related transactions. The first is a contract between the borrower and the lender under which the lender agrees to pay the borrower money in exchange for a promise to repay that money with interest. This is the note. As a condition for entering into that contract, the lender requires the borrower to give the lender a security interest in their property. This is the mortgage. The borrower is the mortgagor and the lender is the mortgagee. As I’ve written elsewhere, the lenders’ right under the mortgage is like a nonpossessory property interest that the borrower effectively repurchases with each payment on the principal of the loan. While the note gives the lender an “in personam” right against the borrower, the security interest gives the lender an “in rem” right against the property. Hence, destruction of the property — say by a hurricane or fire — might destroy the value of the lender’s in rem right, but will not destroy its in personam right to collect the full value of the loan from the borrower even though the property no longer exists. This case is partially about the extent to which the reverse of that scenario is true: Does liquidating the in rem right necessarily implicate the in personam right?

The FDCPA defines “debt” to include “any obligation or alleged obligation of a consumer to pay money arising out of a transaction in which the money, property, insurance, or services which are the subject of the transaction are primarily for personal, family, or household purposes.” This definition unequivocally covers efforts to enforce the in personam obligations described above because those are an obligation of the borrower to pay money. Here, McCarthy purports to want to enforce only its in rem rights by foreclosing on the property, and it emphasizes that enforcing its in rem rights is an alternative to enforcing its in personam rights.

However correct that may be, Obduskey is certainly not alone in feeling as though threats of foreclosure are efforts to collect debts. Foreclosure by itself does not obligate the borrower to pay money, but the borrower can stop the foreclosure only by paying money. After all, Obduskey defaulted in 2009 — one would think that if his creditors preferred to sell the property rather than collect payments from him, that they would have done so before 2015. But the distinction between the note and the mortgage is ancient. Perhaps the more important question is whether the FDCPA accounts for these admittedly academic distinctions or if the better reading of the statute would lump in foreclosing on a mortgage with collecting a debt.

Both the solicitor general and McCarthy argue that federalism demands that the Supreme Court interpret the FDCPA as not touching nonjudicial foreclosures in cases in which there is no demand for payment on the underlying debt. The federalism argument in this case is the tip of an iceberg that implicates the federal government’s role in regulating private ownership of real property. That larger property question is important for federal bankruptcy law, in which federal distributional goals can run into state-law property rights. Traditionally, states have final authority to determine private ownership over real property within their boundaries. Since at least its 1911 decision in American Land Co. v. Zeiss, the Supreme Court has emphasized that regulation of real property title “inheres in the very nature” of state government. The Supreme Court reiterated this concern in its 1960 decision in United States v. Brosnan, when it held that state liens were unequivocally governed by state law, even when a federal statute purported to create the lien. More recently, in its 1994 decision in BFP v. Resolution Trust Company, the Supreme Court declined to put “[t]he title of every piece of realty purchased at foreclosure … under a federally created cloud” by reading the actual sale price in a nonjudicial foreclosure as less than “reasonably equivalent value” for bankruptcy purposes. Although these cases do not definitively settle the textual question, they would seem to put a thumb on the scale in favor of reading the FDCPA as not covering nonjudicial foreclosures, if only to avoid the much harder question of the role of the federal government in determining title to non-federal real property within the boundaries of a state.

Were the Supreme Court to want to include attorneys effecting nonjudicial foreclosures under the FDCPA’s definition of “debt collectors,” it might find a narrow path around the federalism issue through remedies. Unlike under some of the statutes at issue in the title cases discussed above, the only remedy available to the petitioner is damages. To be sure, to allow damages in cases that otherwise abide by state foreclosure law is to allow Congress to interfere in state foreclosure procedure — arguably what the Supreme Court did not allow in Brosnan — but that is still less of an intrusion than interference with the substance of state title determinations. As Obduskey notes in his reply brief, Congress has heavily regulated the home-mortgage industry. These regulations mostly target the contractual, or in personam, part of the debt, thereby avoiding the federalism question. Perhaps a damages-focused FDCPA does the same.

A couple of amicus briefs bear mentioning. Nine members of Congress, represented by the Constitutional Accountability Center, filed an amicus brief in support of Obduskey. The members of Congress on the brief are consumer finance experts from both chambers, notably Sen. Elizabeth Warren, D-Mass. Like Obduskey, the members of Congress argue that exempting nonjudicial foreclosures from the FDCPA undermines Congress’ plan in implementing the act. Given the hostility of several justices toward legislative history, it is difficult to see this brief changing any minds. Moreover, it is somewhat strange to have members of one Congress opining in court briefings about the intentions of a prior Congress, in which none of those members served. Unless winning elections gives members of Congress access to the Ghost of Congress Past, according any weight to these arguments might look like allowing future Congresses to reinterpret the acts of prior Congresses. Nevertheless, the members of Congress, along with the NAACP, which also filed as an amicus in support of Obduskey, argue strongly that the decision below denies consumers protections that they sorely need.