Argument preview: Justices to mull who decides whether to arbitrate – the judge or the arbitrator 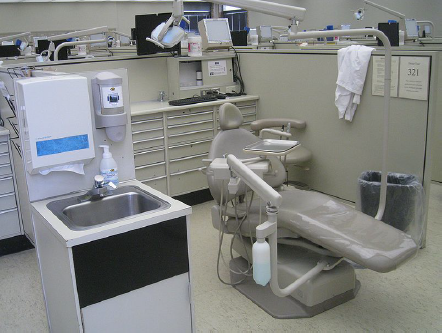 The November argument session begins with yet another case under the Federal Arbitration Act — Henry Schein Inc. v. Archer & White Sales Inc. With Henry Schein, New Prime Inc. v. Oliveira (from October) and Lamps Plus Inc. v. Varela (later on Monday morning), the court will have three FAA cases under its belt before the first of November – almost a match for the Armed Career Criminal Act!

That brings us to this case, which involves an exception to that treatment of gateway issues for cases in which a court finds a claim of arbitrability “wholly groundless.” Specifically, under the law of the U.S. Court of Appeals for the 5th Circuit (applied in this case), a court will not send a case to an arbitrator to decide the question of arbitrability, even if the parties have clearly and unmistakably agreed that the arbitrator should decide such questions, if the court finds the claim of arbitrability “wholly groundless.”

The arguments of the parties are straightforward. The defendant (petitioner Henry Schein Inc.) points out that the Supreme Court already has decided that the parties can delegate issues of arbitrability to an arbitrator, and that those precedents do not even hint at an exception for cases in which the court regards the request for arbitration as groundless. More generally, the only basis for a concern about letting the arbitrator decide groundless requests for arbitration has to be a suspicion that the arbitrator can’t be trusted to decide them properly.

As I mentioned in my post last month about New Prime, attention to the Supreme Court’s arbitration rulings of the last few years would suggest a strong likelihood of reversal – I don’t think the Supreme Court has rejected an FAA claim yet this century. But since I wrote that post we’ve seen some evidence of the court’s softening. One interesting tidbit – from the desk of the estimable John Elwood – is that we’ve seen this month the first rejection this century of a cert petition complaining about pre-emption of an arbitration provision. For another thing, the argument in New Prime (summarized in this post) displayed a bench that was not only open to rejecting the claim for arbitration there, but indeed strongly predisposed to reject it. In particular, the bench seemed quite settled on the idea that the justices – not an arbitrator – should decide whether the FAA applies to contracts involving independent contractors. To be sure, Chief Justice John Roberts emphasized the difference between the gateway question there (“does the Act apply at all”), which he characterized as “an order of magnitude” less suited for arbitral determination than an interpretation question “within the four corners of the agreement.” Perhaps Roberts already was familiar with the issues in this case when he came to the bench in New Prime last month!

I think we have to expect a bench that will give serious attention to the plaintiff’s “plain language of the contract” argument. To my mind, the one key fact that might be enough to keep the defendant in the game is the protracted delay of the judicial proceedings here. The plaintiff filed this complaint in 2012. The litigation over arbitrability has consumed seven years and doubtless expended several hundred thousand dollars in legal fees (if not more). I will be surprised next week if the justices who commonly have joined the majority in broad readings of the FAA are not troubled by the prospects of imposing such long delays and high expenses on parties that had bargained for a swift and presumably less expensive resolution in arbitration.

One additional twist: The courts below did not find that the agreement in this case “clearly and unmistakably” allocated gateway questions to the arbitrator. The court of appeals rested its decision on the ground that the claim for arbitration was in any event “wholly groundless,” and the parties have briefed the case on that basis. It remains an open possibility, though, if the justices do not rapidly coalesce on the propriety of the “wholly groundless” exception, that they could dispose of the case by finding that the agreement did not call for arbitrability of those questions in the first instance. The argument should give us an indication of their sentiment on that front. The outcome might be a lot like Sheriff v. Gillie, in which the court granted review to determine whether state officers are exempt from the Fair Debt Collection Practices Act, but ultimately resolved the case, avoiding that question, by holding that the challenged communications were not deceptive.

Recommended Citation: Ronald Mann, Argument preview: Justices to mull who decides whether to arbitrate – the judge or the arbitrator, SCOTUSblog (Oct. 22, 2018, 10:25 AM), https://www.scotusblog.com/2018/10/argument-preview-justices-to-mull-who-decides-whether-to-arbitrate-the-judge-or-the-arbitrator/