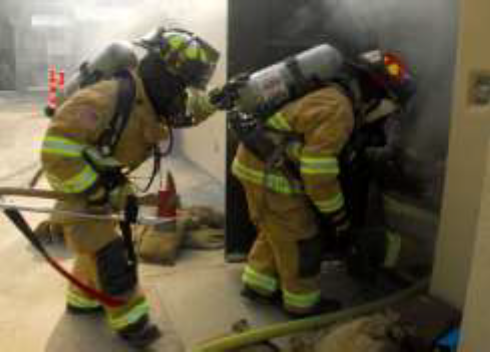 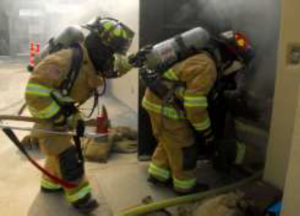 Mount Lemmon Fire District v. Guido calls on the Supreme Court to decide whether the Age Discrimination in Employment Act covers state and local employers with fewer than 20 employees. The case arose after the fire district’s chief resolved a budget shortfall by laying off the district’s two oldest full-time employees, respondents John Guido and Dennis Rankin. The Equal Employment Opportunity Commission, which has long maintained that the ADEA covers state and local employers of any size, found reasonable cause to believe the fire district had discriminated against Guido and Rankin. But the district court, following the U.S. Courts of Appeals for the 6th, 7th, 8th and 10th Circuits, held that the ADEA’s 20-employee threshold applies to state and local employers. The U.S. Court of Appeals for the 9th Circuit reversed, creating a circuit split.

The ADEA defines “employer” as follows:

a person engaged in an industry affecting commerce who has twenty or more employees for each working day in each of twenty or more calendar weeks in the current or preceding calendar year … The term also means (1) any agent of such a person, and (2) a State or political subdivision of a State and any agency or instrumentality of a State or a political subdivision of a State, and any interstate agency, but such term does not include the United States.

This definition is the result of a 1974 amendment; before then, the ADEA applied to private employers of 25 employees or more, and expressly excluded public employers. The act defines “person” as “one or more individuals, partnerships, associations, labor organizations, corporations, business trusts, legal representatives, or any organized groups of persons.”

With the support of the solicitor general, Guido and Rankin argue that this definition unambiguously means that the ADEA covers three groups of employers: private employers with at least 20 employees; their agents; and state and local employers of any size. For them, the case begins and ends with the phrase “also means … a State or political subdivision,” because “the transitional phrase ‘also means’ creates a distinct, freestanding category of public employers.” Thus, it doesn’t matter how one reads the rest of the definition, because “also means … a State or political subdivision” is unambiguous language that specifically controls the question of which state and local employers are covered by the ADEA.

The fire district, however, emphasizes the first part of Section 630(b). It argues that because the ADEA defines “person” broadly to include “any organized groups of persons,” the phrase “a person engaged in an industry affecting commerce who has twenty or more employees” includes state and local employers. The fire district goes on to read the words “also means” as “a transitional phrase that signifies amplification or clarification.” Putting the two parts of the definition together, the fire district’s argument is that the first clause covers public and private entities alike, and then the language following “also means” clarifies that those entities can be liable for discriminatory acts of their agents, and that state and local (but not federal) entities are included.

In tacit acknowledgement that Congress could have been clearer about applying the 20-employee threshold to public as well as private employers, the fire district offers an explanation of how Section 630(b) came to be worded as it is. The original definition of employer covered private employers with at least 25 employees, and then stated that “[t]he term also means any agent of such a person, but such term does not include the United States … or a State or political subdivision thereof.” The fire district reasons that when Congress decided to include state and local employers, it simply slid the “State or political subdivision” language up to follow the (pre-existing) phrase “also means any agent,” which the fire district argues was already there to perform a clarifying function.

Guido and Rankin respond that the ADEA’s drafting history does not compel the fire district’s reading of “also means”: “Congress is not confined to amending a statute using only words already contained within a particular subsection; amending legislation is not a game of Scrabble or refrigerator magnet poetry.” Further, they suggest that if Congress had intended to apply the 20-employee threshold to state and local employers, it could have accomplished that goal by amending the definition of “person” to include state and local governments – an approach that Congress used two years earlier, when it amended Title VII to cover public employers. Alternatively, if the fire district is correct that the definition of “person” was already broad enough to include state and local employers, then Congress could have simply deleted the portion of Section 630(b) that specifically excluded those employers.

The fire district argues that its reading has several advantages. First, it reasons that reading “also means … a State or political subdivision” as adding a new category of covered employer would suggest that “agents” are also “a separate category of employer subject to personal liability.” This, the fire district continues, would be “unfathomable,” because “[i]f agents were ‘employers,’ they would be independently liable for discriminatory employment practices.” Second, the fire district invokes two canons of statutory construction: that overriding “the ‘usual constitutional balance of federal and state powers’” requires a clear statement from Congress; and that the court should read statutes to avoid potential constitutional problems. Under Guido and Rankin’s reading, the fire district maintains, the ADEA might exceed the scope of Congress’ authority under the commerce clause if it applied to state and local employers regardless of whether they affect interstate commerce. Third, the fire district argues that its reading of “employer” makes sense in light of the fact that Title VII also excludes small public employers. Moreover, that reading achieves Congress’ goal of parallel treatment of public and private employers by excluding small private and state or local employers from ADEA coverage, and by imposing “respondeat superior” liability, which makes a principal responsible for the acts of its agents, to the same extent on both groups of employers. Finally, the fire district argues that imposing ADEA liability on small public employers could threaten their survival.

Guido and Rankin respond that the “agent” clause is aimed at covering “third-party independent contractors,” and that the Supreme Court need not decide whether it might also mean that employees of covered employers can be held liable for ADEA violations. Second, they reject the application of the fire district’s proposed canons of construction, asserting that canons should not apply when statutory language is clear, and that there is no constitutional problem with applying the ADEA to small employers under the court’s commerce clause caselaw. Third, they argue that the ADEA has a distinct history from Title VII, and traces its lineage in part to the Fair Labor Standards Act, which “applies to political subdivisions regardless of size.” They add that the ADEA applies to federal agencies regardless of size, reasoning that although their reading means public and private employers are treated differently, it also means that all public employers are treated alike. Finally, they dispute that the prospect of ADEA litigation costs would impair small public employers’ operations.

Argument in this case is likely to center on the meaning of “also means” – perhaps the kind of question that only a lawyer could love. The fire district’s main challenge seems likely to be convincing the court to look beyond the most intuitive reading of those words.