Symposium: The fight to vindicate our Constitution’s promise of democracy is far from over 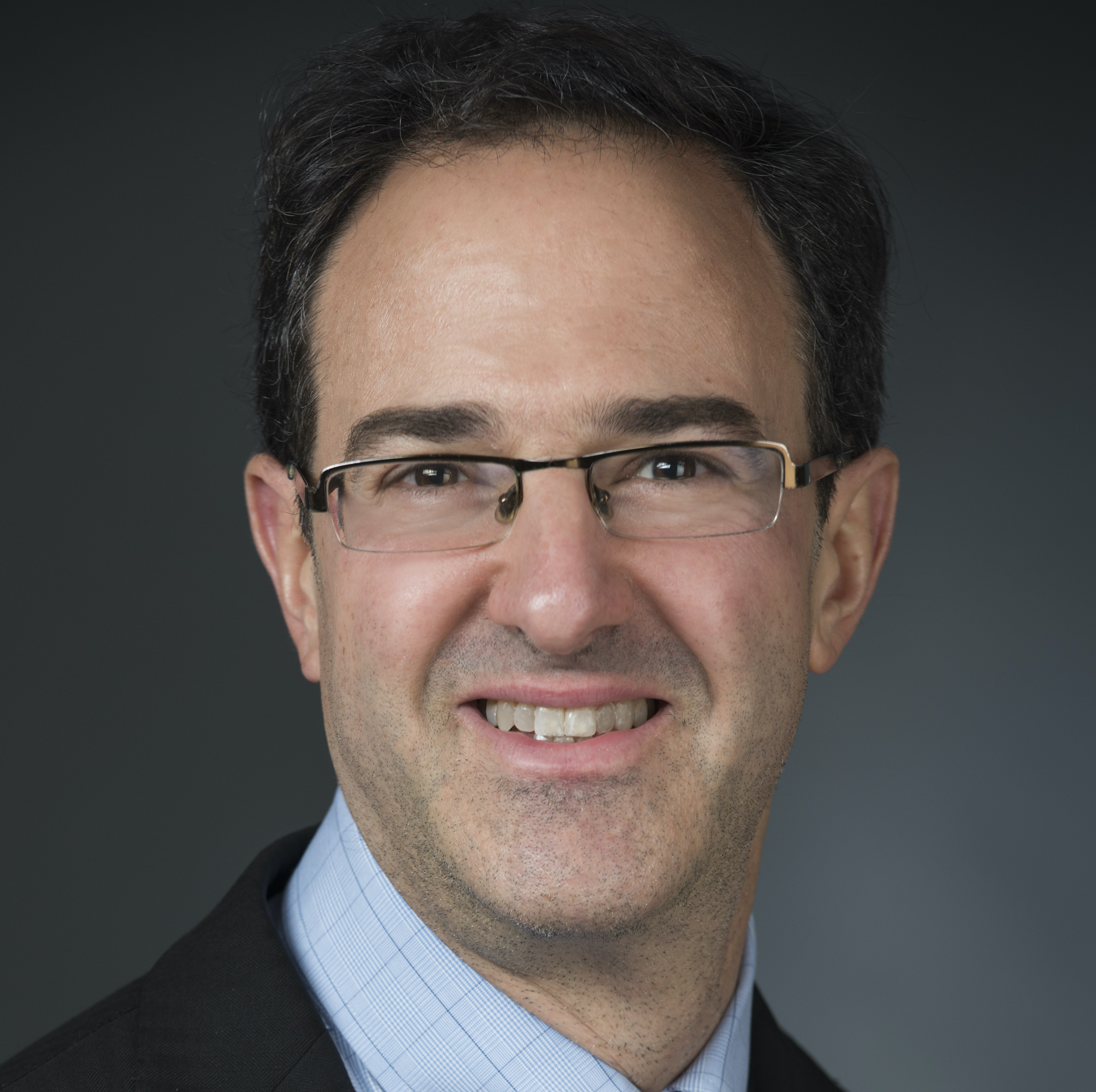 David H. Gans is the director of the Human Rights, Civil Rights & Citizenship Program at the Constitutional Accountability Center, which filed an amicus brief for current and former members of Congress in support of the challengers in Gill v. Whitford and Benisek v. Lamone.

Partisan gerrymandering is a cancer on our democracy. Under our Constitution, states cannot rig the electoral process to entrench the governing party in power. Voters choose their elected representatives, not the other way around.

Unfortunately, in a pair of disappointing rulings, the U.S. Supreme Court ducked a major constitutional showdown over partisan gerrymandering, missing a valuable opportunity to make clear that the Constitution does not permit state legislatures to draw district lines to subordinate voters because of the political party they are affiliated with. In a pair of unanimous opinions yesterday in Gill v. Whitford and Benisek v. Lamone, the justices returned the cases to the lower courts for further proceedings. The justices did not resolve the huge constitutional questions at the core of these cases, disposing of both of them on narrow grounds, while leaving the merits for another day.

Thus, the fight to reign in partisan gerrymandering and vindicate our Constitution’s fundamental promise of democracy will continue. This issue is certain to come back to the Supreme Court soon, perhaps as early as next term. Although the court dodged the big questions this time around, they cannot be avoided for long. Gill, Benisek or Rucho v. Common Cause, a North Carolina partisan-gerrymandering case also on the court’s docket, could tee up the issue very soon.

Gill and Benisek shine a spotlight on just how far state legislatures will go to entrench one party in power and subordinate voters of a minority party. In both cases, state legislatures — one dominated by Republican lawmakers, one dominated by Democratic lawmakers — took advantage of sophisticated new data and computer technology to lock up the political process. But, in both cases, the Supreme Court refused to intervene.

If there was a bright spot in yesterday’s rulings, it was Justice Elena Kagan’s concurring opinion in Gill, joined by Justices Ruth Bader Ginsburg, Sonia Sotomayor and Stephen Breyer, which cogently recognized the multiple constitutional harms wrought by partisan gerrymandering. As Kagan put it, “[m]ore effectively every day,” partisan gerrymandering “enables politicians to entrench themselves in power against the people’s will. And only the courts can do anything to remedy the problem, because gerrymanders benefit those who control the political branches.”

Kagan recognized that partisan gerrymandering doesn’t only harm voters; it harms the party system at the core of our democracy. “By placing a state party at an enduring electoral disadvantage, the gerrymander weakens its capacity to perform all its functions.” Although Kagan did not reach the merits, she powerfully made the case that “[c]ourts have a critical role to play in curbing partisan gerrymandering.” Courts, Kagan argued, play their historic role in preventing tyranny of the majority when they insist that “partisan officials stop degrading the nation’s democracy.”

Kagan’s concurrence drew heavily on the First Amendment jurisprudence of Justice Anthony Kennedy, who joined the majority but did not tip his hand on the bigger questions the Supreme Court left unresolved. Time will tell if Kagan can convince Kennedy that the First Amendment principles that form such a critical part of his legacy — the guarantee of associational freedom for all and the prohibition on viewpoint discrimination — require limits on extreme partisan gerrymanders that subordinate voters simply because of the party they associate with. Kagan’s opinion, together with the prior Kennedy opinions she discusses, will have to be reckoned with when these issues return to the court.

The Supreme Court’s actual holdings in Gill and Benisek are both incredibly narrow. In Gill, Chief Justice John Roberts’ opinion for the court focused on the Article III standing requirement of injury-in-fact. To bring a claim that a gerrymandered map dilutes votes, Roberts wrote, a plaintiff has to demonstrate that he or she resides in a district whose lines were unconstitutionally manipulated, such as by packing voters into districts in which they will win in a huge landslide or cracking them into districts in which they will perennially be outvoted. A claim of vote dilution, as Roberts put it, is “district specific.” Four of the plaintiffs in Gill had alleged the kind of injury that the court’s opinion recognized could provide standing, but they failed to prove their injuries at trial. Rather than kicking them out of court, the chief justice’s opinion gives the plaintiffs the “opportunity to prove concrete and particularized injuries using evidence … that would tend to demonstrate a burden on their individual votes.”

Only Justices Neil Gorsuch and Clarence Thomas — on the far right of the court — would have thrown the case out entirely. By contrast, the chief justice — who is well known for applying Article III standing limits very strictly — refused to close the courthouse doors on plaintiffs who had plainly suffered a legally cognizable injury. Indeed, the chief justice’s majority opinion recognized that “the Court’s constitutionally prescribed role is to vindicate the individual rights of the people appearing before it.” Thomas and Gorsuch, as in so many other cases this term, took the most extreme view, and the one most hostile to the enforcement of constitutional guarantees.

Going forward, the plaintiffs in Gill should have no trouble at all meeting the low bar set by the majority opinion. If so, they should able to sweep away large parts of Wisconsin’s extreme pro-Republican gerrymander, and possibly even the entire plan. As Kagan emphasized, “with enough plaintiffs joined together—attacking all the packed and cracked districts in a statewide gerrymander—those obligatory revisions could amount to a wholesale restructuring of the State’s districting plan.” Thus, she urged, “cases like this one might warrant a statewide remedy.” Look for the plaintiffs in Gill to put this idea to work, demonstrating that Wisconsin packed and cracked voters throughout the state.

Benisek is even narrower than Gill. In a cursory per curiam opinion, the justices upheld the district court’s refusal to grant a preliminary injunction, stressing that the plaintiffs had delayed many years in seeking that relief. This disposes of the case, but makes no new law at all. Nothing prevents the plaintiffs in Benisek — who brought the kind of “district specific claim” Roberts approved in Gill — from going back to the district court to get a permanent injunction striking down Maryland’s extreme partisan gerrymander as a form of unconstitutional viewpoint discrimination against Republican voters.

Thus, Gill and Benisek do not establish any roadblock to protecting the First and 14th Amendment rights of voters. Lower courts — and the Supreme Court itself in a future case — still have the opportunity to vindicate the Constitution’s promise of democracy.

Recommended Citation: David Gans, Symposium: The fight to vindicate our Constitution’s promise of democracy is far from over, SCOTUSblog (Jun. 19, 2018, 11:14 AM), https://www.scotusblog.com/2018/06/symposium-the-fight-to-vindicate-our-constitutions-promise-of-democracy-is-far-from-over/