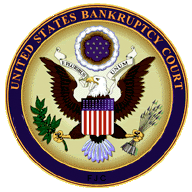 But in simpler terms, the case is about how the Bankruptcy Code treats dishonest debtors. The goal of consumer bankruptcy is giving debtors a “fresh start” so that they can get on with their lives despite past financial missteps. The Bankruptcy Code does this by discharging debtors’ personal responsibility to repay many, but not all, obligations incurred before they filed their bankruptcy petitions. Of course, relieving debtors of their obligations necessitates that their creditors bear losses. And that result, in turn, has its own ripple effects throughout the economy — from increasing the cost of credit for everyone to further bankruptcies when a creditor cannot itself absorb the loss. The Bankruptcy Code thus balances the competing goals of providing individuals the relief they need and minimizing unfairness to creditors. One way the Bankruptcy Code does this is by limiting bankruptcy’s discharge to “honest but unfortunate debtors.” Debtors remain personally liable for any non-dischargeable debt even after the conclusion of their cases, meaning that they can face wage garnishment and any other method of collection authorized under state law.

This case arises from a dispute between Lamar, Archer & Cofrin, LLP, an Atlanta law firm, and one of its former clients, R. Scott Appling. Like many bankruptcy disputes, this one involves questionable financial and strategic choices by both parties. In 2004, Appling hired Lamar and another firm to represent him in a dispute against the former owner of his business. By March 2005, Appling’s bill had grown to $60,000, which he could not (or would not) pay at the time. He allegedly induced Lamar to continue working on the case by explaining that he was expecting a tax refund of approximately $100,000 that would enable him to pay the outstanding bill. Appling contends that he never promised that the refund would be that large, but merely represented his accountant’s best estimate. In fact, Appling received a far smaller tax refund in October 2005 and promptly spent the money on business expenses. According to Lamar, in November 2005 Appling claimed to still be waiting for his tax refund; Lamar thus kept working for Appling until June 2006, when the firm learned the truth. The firm sued and won a judgment for $104,179 in Georgia state court in October 2012.

Three months later, Appling filed for Chapter 7 bankruptcy and Lamar filed an adversary proceeding in the Middle District of Georgia, seeking a determination that Appling’s $104,000 outstanding bill was non-dischargeable under 11 U.S.C. § 523(a)(2)(A) because it was “obtained by fraud.” That case went to trial in September 2014, in order to resolve the parties’ competing accounts of two conversations that had occurred nearly a decade earlier.

The provision at issue is 11 U.S.C. §523(a)(2), which states: “A discharge … does not discharge an individual debtor from any debt … for money, property, services, or an extension, renewal, or refinancing of credit, to the extent obtained by—(A) false pretenses, a false representation, or actual fraud, other than a statement respecting the debtor’s or an insider’s financial condition.”  Then, §523(a)(2)(B) says: “(B) use of a statement in writing—(i) that is materially false; (ii) respecting the debtor’s or an insider’s financial condition; (iii) on which the creditor to whom the debtor is liable for such money, property, services, or credit reasonably relied; and (iv) that the debtor caused to be made or published with intent to deceive.”  Whether one should read an “or” between §523(a)(2)(A) and §523(a)(2)(B) is one of the issues in this case.

(2) for money, property, services, or an extension, renewal, or refinancing of credit, to the extent obtained by—

(A) false pretenses, a false representation, or actual fraud, other than a statement respecting the debtor’s or an insider’s financial condition;

(B) use of a statement in writing—

(i) that is materially false;
(ii) respecting the debtor’s or an insider’s financial condition;
(iii) on which the creditor to whom the debtor is liable for such money, property, services, or credit reasonably relied; and
(iv) that the debtor caused to be made or published with intent to deceive.

In their briefing, the parties offer strikingly different interpretations of Section 523(a)(2). Lamar argues that the Supreme Court should follow the U.S. Courts of Appeals for the 8th, 10th and 5th Circuits and hold that statements about a single asset are not statements respecting the debtor’s financial condition. Under this view, only misrepresentations about the debtor’s overall personal balance sheet fall within Section 523(a)(2)(A)’s exception (really, the exception to the exception, because dischargeability is the norm).

Appling, for his part, contends that whatever statements he may have made about the tax refund were statements respecting his overall financial condition and therefore fell within the exception. He rests his argument on the ample precedent interpreting terms like “respecting” and “relating to” broadly. A group of law professors, represented by the Institute of Bankruptcy Policy, make a third, and perhaps more appealing, argument in an amicus brief supporting Appling. They maintain that this case need not test the boundaries of “respecting” because Appling actually intended to talk about his financial condition — his ability to pay his bills as they came due — when he spoke about his tax return.

Although the current Bankruptcy Code dates only to 1978, Congress built the code on nearly a century of prior bankruptcy practice. Both parties argue that this historical practice militates in favor of their desired reading of the statute, but Appling’s amici have the more sophisticated argument. They argue that Section 523(a)(2)(A) in the 1978 Code merely re-enacted provisions from the Bankruptcy Act of 1898, as amended in 1903, 1926 and 1960. The 1903 and 1926 amendments to the code codified the discharge exception, they argue, but limited it to cases in which the debtor made a written misrepresentation. Consumer lenders, being a creative lot, realized that their debt would be non-dischargeable if the debtor lied in the origination process, and so they began requiring debtors to sign forms misrepresenting their assets in the origination process. Congress attempted to fix this problem in 1960 when it provided that false written financial statements regarding a debtor’s financial condition were not a basis for denying a discharge unless the lender actually relied on the falsehood. Before Congress replaced these provisions with Section 523(a)(2) in 1978, the weight of the case law held that a statement about any one of a debtor’s assets could be a statement about the debtor’s financial condition.

If Congress meant to incorporate this case law, then, many statements about a debtor’s assets would qualify under the exception to non-dischargeability. This interpretation is appealing in practical terms: If a homeowner says “my house is in foreclosure,” the listener knows something about that homeowner’s overall financial condition, just as she does if the same homeowner says “my net worth is a million dollars.” Lamar responds, though, that this approach stretches the word “respecting” too far, arguing that it “takes a sledgehammer” to the well-established principle that debt obtained by fraud is non-dischargeable.

Depending on how it resolves the main issue in the case, the court may also need to decide how Section 523(a)(2)(B)’s “use of a statement in writing” language fits with Section 523(a)(2)(A)’s exception to non-dischargeability. Appling and the 11th Circuit treat this provision as an exception to the exception to the exception: Written fraudulent statements about the debtor’s financial condition on which the creditor relies render a debt non-dischargeable. In its opinion, the 11th Circuit explained that this rule “may seem harsh after the fact, especially in the case of fraud,” but “it gives creditors an incentive to create writings before the fact, which provide the court with reliable evidence upon which to make a decision.” The 11th Circuit’s reading seems like the most plausible interpretation of the statutory text. At the same time, though, it raises some difficulties. Lamar argues that this reading involves the court substituting its own policy preferences for those of Congress. Indeed, the 11th Circuit’s view is somewhat difficult to square with the very problem that the 1960 amendment sought to fix: shady lenders encouraging borrowers to falsify documents to render their debts non-dischargeable. Moreover, Lamar’s amicus, the National Federation of Independent Business Small Business Legal Center, raises additional states’ rights concerns, calling this reading an encroachment on the states’ prerogative to create their own statutes of frauds.

Frankly, it is surprising that the Supreme Court even chose to hear this case. Although the case largely turns on a legal question, the parties still seem to be fighting about factual premises, arguing about who said what to whom 10 years before the trial. That said, it is good to see the court willing to tolerate a slightly messy vehicle to bring much-needed clarity to the Bankruptcy Code, especially because, as I’ve observed before, messy vehicles are the norm in the bankruptcy world.