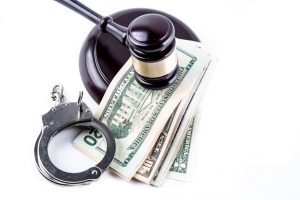 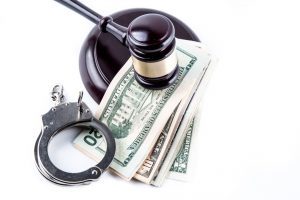 Next week, the Supreme Court has another opportunity to consider the scope of criminal restitution. Lagos v. United States raises the question of whether private investigation costs and a victim’s attorney’s fees are considered compensable losses under 18 U.S.C. §3663A, the Mandatory Victim Restitution Act.

Sergio Fernando Lagos owned and operated a holding company, which in turn owned USA Dry Van Logistics. Dry Van specialized in cross-border trucking to maquiladoras in Mexico. On behalf of Dry Van, Lagos entered into a revolving-loan financing agreement with a lending company, General Electric Capital Corporation. GE Capital issued revolving lines of credit to Dry Van, secured by Dry Van’s accounts receivable. Over the course of two years, Lagos and his business partners misled GE Capital about the value of Dry Van’s accounts receivable, overstating the amount of those accounts so that GE Capital would increase Dry Van’s line of credit. To cover their tracks, Lagos and his partners had employees of Dry Van disconnect their transportation dispatch software, which kept track of legitimate sales, from their accounting software. Employees then manually posted fraudulent sales to the accounting software system. Dry Van created fraudulent invoices using existing customers, disguising payments from their operating account as customer payments that would then be applied to the fake customer accounts. In order to hide these distributions from auditors, Lagos and his partners would transfer fraudulently obtained money into certificates of deposit, take out personal loans using the CDs as collateral, and then use the personal loans to pay back the money.

In 2009, Dry Van could no longer make both principal and interest payments on their line of credit. Later that year, the company hired a consultant, Curt Friedberg, to assess its finances. During a meeting with Friedberg, Lagos and his business partners admitted the fraud. Lagos and Friedberg then met with GE Capital, and Lagos again admitted and explained the scheme. A week later, Dry Van declared bankruptcy.

Three years later, Lagos and his business partners were charged in federal court with conspiracy to commit wire fraud and five substantive wire fraud counts. Lagos pled guilty to each of the charges and was sentenced. At sentencing, and over Lagos’ objection, the district court imposed nearly $16 million in restitution, to be paid to GE Capital. Lagos does not take issue with $11 million of that restitution order, which he admits he owes to GE Capital for the unsecured principal of the loan.

At issue in this case is almost $5 million in costs GE Capital incurred while investigating the fraud and attempting to mitigate its effects. Those costs fall into two overlapping categories: internal investigation costs and attorney’s fees. After Lagos and his partners disclosed the fraud and before the government was aware of it, GE Capital began its own investigation. The company hired forensic experts to take images of Dry Van’s hard drives, back up Dry Van’s accounting and dispatch systems, and forensically copy Dry Van’s accounts and emails. The company also hired a financial consulting firm to investigate the extent of the fraud. GE Capital retained several law firms as well — two to provide legal advice related to the fraud, and three to recover losses during Dry Van’s bankruptcy proceedings. In the criminal case, GE Capital sought, and the government requested, restitution for all of these costs. The district court granted the request, and the U.S. Court of Appeals for the 5th Circuit affirmed.

The legal basis for GE Capital’s request is the MVRA. Under the MVRA, courts must order a defendant to pay restitution to victims of certain federal crimes, including fraud, as part of the criminal sentence. The statute defines a “victim” as “a person directly or proximately harmed as a result of the commission of” the offense. When a person or corporation falls under this definition, and the defendant is convicted of a requisite offense, the court is required to order the defendant to “reimburse the victim for lost income and necessary child care, transportation, and other expenses incurred during participation in the investigation or prosecution of the offense or attendance at proceedings related to the offense.” The MVRA requires courts to impose restitution, regardless of a defendant’s ability to pay.

This case largely turns on the MVRA’s definition of “victim,” and how to read that definition in conjunction with the MVRA’s requirement that a defendant reimburse a victim’s “necessary … expenses incurred during participation in the investigation or prosecution … of the offense.” Nine federal courts of appeals have weighed in on this textual question: Eight circuits have construed the language in the manner advocated by the government, and the U.S. Court of Appeals for the District of Columbia Circuit has interpreted it in a manner favorable for the defense.

The MVRA is one of several federal statutes governing restitution, each of which covers different crimes and employs slightly different language. Lagos emphasizes the distinctions among the restitution statutes. He asserts that Congress was quite intentional in choosing appropriate language to fit each distinct scenario. As Lagos points out, in an earlier, non-mandatory statute that still governs the imposition of restitution for certain crimes, Congress used broad language, allowing for reimbursement of “lost income and necessary child care, transportation, and other expenses related to participation in the investigation or prosecution of the offense.” The MVRA replaces “related to” with the narrower term “during.” Lagos also cites another restitution statute, applicable in identity-theft cases, that allows reimbursement of “the costs of an internal investigation” and “the value of the time reasonably spent by the victim in an attempt to remediate the intended or actual harm incurred.” By contrast, the MVRA’s language is more restrictive.

Finally, Lagos asserts that the covered costs outlined in the statute – child care, transportation and lost income – are “incidental, out-of-pocket expenses” associated with making oneself available to the prosecution. These costs, he claims, are quite distinct from professional fees and investigative expenses. The National Association for Criminal Defense Lawyers as amicus points out that some federal restitution statutes explicitly require defendants to pay a victim’s attorney’s fees; the MVRA does not. To read in a requirement that attorney’s fees be compensated would be anomalous under Supreme Court jurisprudence.

The United States similarly looks to congressional intent in support of its argument that Lagos should have to reimburse the disputed costs. Citing legislative history, the government relies on Congress’ express motivation in passing the MVRA: that crime victims receive “full” restitution by requiring the defendant to repay “the costs” the offense imposes on the victim. The critical language, according to the government’s view, comes in the definition of “victim.” Under the MVRA, a criminal defendant is responsible for any “direct and proximate harms” to the victim resulting from the defendant’s criminal activity. The government’s proximate-cause argument centers around the foreseeability of the harm. Asserting that Lagos caused GE Capital’s losses, which were “entirely foreseeable,” the government concludes that restitution is required under the MVRA.

The United States disputes the textual limitations asserted by the defense, claiming that such a narrow reading impedes the statute’s objectives. According to the United States, nothing in the statute “suggests Congress believed ‘the investigation’ of a crime is comprised only of government agents, or that it cannot begin until the government gets involved.” Rather, the government argues that the losses GE Capital sustained by proactively investigating the fraud were “necessary” expenses to untangle Dry Van’s accounting practices. In fact, the government later relied on GE Capital’s investigation to determine the actual amount of the fraud and to establish the factual basis of the conspiracy count. The government claims that “[w]ithout GE Capital’s participation, the investigation and prosecution of petitioner’s fraud may not have been as speedy or as successful.” The United States seems to advocate for a case-by-case determination of whether a victim’s contribution to an investigation or prosecution constitutes “participation” under the MVRA.

In recent years, both Congress and the Supreme Court have taken an increasingly expansive approach toward criminal restitution. Although the MVRA’s language is undoubtedly distinct from that in other restitution statutes, the court may yet again take this opportunity to interpret the language capaciously, requiring a defendant to reimburse increasingly attenuated costs through restitution.