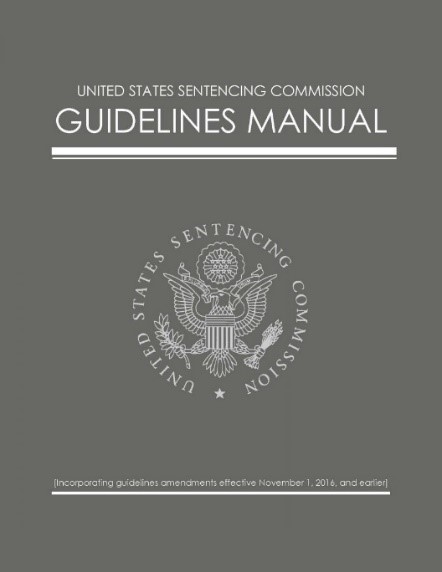 Each year, the federal courts sentence tens of thousands of criminal defendants. According to the United States Sentencing Commission, for example, the federal courts pronounced 66,926 criminal sentences in fiscal year 2016. Given that quantity, and given the complexity of calculating the applicable sentencing range in many cases, probation officers will sometimes use the incorrect range under the advisory (but systematically influential) Sentencing Guidelines. For the same reasons, defense lawyers sometimes fail to detect such mistakes. The question is, under what circumstances should these mistakes be corrected?

On February 21, the Supreme Court will hear argument in the most recent case to reach this question, that of Florencio Rosales-Mireles. After Rosales-Mireles pleaded guilty to illegal re-entry, the probation officer inadvertently counted a 2009 Texas misdemeanor assault conviction twice. That double counting led to an erroneous guideline range of 77-96 months, above the correct range of 70-87 months. Believing the range to be 77-96, the district court sentenced Rosales-Mireles to 78 months. Rosales-Mireles’ lawyer failed to detect the incorrect range calculation.

On appeal, Rosales-Mireles discovered the error. Because he had not objected to the error in the district court, however, he needed to satisfy the requirements of Federal Rule of Criminal Procedure 52(b) in order to raise it on appeal. He had to show that the sentence reflected a “plain error” affecting his “substantial rights.” The U.S. Court of Appeals for the 5th Circuit panel reviewing Rosales-Mireles’ sentence held that he satisfied those requirements; therefore, the court had discretion to remedy the error. But should it exercise that discretion?

Under Supreme Court decisions interpreting Rule 52(b), a court may exercise its discretion to correct a plain error only when the error “seriously affect[s] the fairness, integrity or public reputation of judicial proceedings.” That is where Rosales-Mireles and the government parted company in the court of appeals: He maintained that a sentence pronounced under the wrong range normally meets that description, whereas the government insisted that such an error may only be corrected if it is “particularly egregious.”

The 5th Circuit panel agreed with the government, adding that discretion to correct a plain error may only be exercised when the error “would shock the conscience of the common man.” The error in Rosales-Mireles’ case did not shock the conscience because his actual sentence of 78 months fell within the correct range of 70-87 months, even if the district court was under the misimpression that the correct range was 77-96 months.

In its merits brief before the Supreme Court, the government concedes that the 5th Circuit’s “shock the conscience” standard is incorrect. That test was imported from Supreme Court decisions in substantive due process cases, such as when law enforcement ordered a suspect’s stomach pumped against his will to obtain incriminating evidence. In that famous 1952 decision, Rochin v. California, the court unanimously held that the involuntary stomach pumping violated substantive due process because it “shocks the conscience.” However, as the government acknowledges in Rosales-Mireles’ case, a standard for evaluating intentional law-enforcement acts does not apply to situations in which the error is inadvertent.

Still, the government argues, the 5th Circuit was correct to let the sentence stand because it was “reasonable, it could have been imposed under the Guidelines even if he had timely raised the error, and it was determined following a sentencing proceeding that was fundamentally fair.” Indeed, the government’s merits brief ventures, the real travesty to fairness and integrity would not be letting the erroneous sentence stand —  it would be permitting Rosales-Mireles a resentencing despite his failure to object in a timely manner. “The fault,” says the government, “lies principally with the party who failed to raise the error before the initial decisionmaker.”

Analogizing to federal habeas corpus, the government’s brief makes the policy argument that errors should only be corrected in exceptional cases, in order to give defendants sufficient incentive to raise any objections without delay. In the federal habeas arena, defendants’ failure to exercise due diligence in raising objections to constitutional violations in state trial court sometimes results in costly and disruptive retrials. The conservative wing of the Supreme Court has even asserted that, without strong restrictions against hearing defaulted objections long after the fact, defendants will engage in “sandbagging” — deliberately bypassing objections with the goal of getting a second jury (and therefore a second chance at acquittal) down the line. In its brief, the government uses the sandbagging argument without explaining how it applies in the sentencing context. There is no prospect of a second, more lenient, decisionmaker in that context, because the same district judge who did the original sentencing will ordinarily do the resentencing as well. Yet the government does not explain how defendants could ever have a positive incentive to bypass objections to erroneous sentences in those circumstances.

While the government argues for a strong presumption against correcting forfeited sentencing errors, with exceptions only for cases involving substantively unreasonable sentences or unfair procedures, Rosales-Mireles argues for a strong presumption in favor of correcting guidelines miscalculations. An “erroneous Guidelines range is the type of error that seriously affects the fairness, integrity, or public reputation of judicial proceedings,” he asserts. After all, “who wouldn’t hold a rightly diminished view of the courts if they allowed individuals to linger longer in prison than the law requires only because they were unwilling to correct their own obvious mistakes?”  This rhetorical question — cited prominently in Rosales-Mireles’ brief — was originally posed by Justice Neil Gorsuch in his concurring opinion in Hicks v. United States, a case out of the 5th Circuit decided last year.

The beliefs Gorsuch expressed in Hicks may spell trouble for the government in Rosales-Mireles, because Gorsuch’s vote would seem essential to an affirmance. An even gloomier portent for the government is the Supreme Court’s 2016 decision in Molina-Martinez v. United States, another illegal re-entry case out of the 5th Circuit. There, as in Rosales-Mireles’ case, the probation officer incorrectly calculated the range as being 77-96 months when in fact the correct range was 70-87 months. Again, neither counsel nor the district court detected the mistake. The district court sentenced Molina-Martinez to 77 months. While the case was on appeal, the defendant himself ascertained the error, but the 5th Circuit denied relief, noting that the actual sentence fell within the correct range. According to the panel, the mere fact that the district court sentenced Molina-Martinez at the bottom of what it believed to be the correct range did not adequately demonstrate that he would have gotten a lower sentence had the court known the proper range. The panel ruled that the defendant would have to produce “additional evidence” demonstrating the likelihood of a lower sentence, and Molina-Martinez had no such evidence.

Writing for a 6-2 majority, Justice Anthony Kennedy noted that the 5th Circuit’s restrictive approach to unpreserved guidelines errors “stands generally apart” from those of other courts of appeals. The court then went on to reject the 5th Circuit’s requirement of additional evidence of prejudice in such cases. “When a defendant is sentenced under an incorrect Guidelines range—whether or not the defendant’s ultimate sentence falls within the correct range—the error itself can, and most often will, be sufficient to show a reasonable probability of a different outcome absent the error,” wrote Kennedy. (Justices Samuel Alito and Clarence Thomas concurred in the result, but did not join the court’s empirical supposition that most district judges would sentence defendants differently if they knew they were operating under the wrong guidelines range. They would have left it to a case-by-case analysis of prejudice.)

Although the pinpoint issue in Rosales-Mireles’ case is a bit different, it is hard to imagine any of the justices in the Molina-Martinez majority feeling differently about the result. They seemed to think that when a court uses a demonstrably incorrect guidelines range to frame a sentence, the error ordinarily “seriously affect[s] the fairness, integrity or public reputation of judicial proceedings,” even if the actual sentence happens to fall within the correct range, and that unless the government can point to some unusual fact that renders the error clearly nonprejudicial, the defendant should be resentenced.

Thus, at the oral argument, one might be on the lookout for any questions or statements from justices in the Molina-Martinez majority indicating that they see the two cases differently, or that they are open to rethinking their approach. The government must somehow attract at least two of those justices to have a chance. Chief Justice John Roberts might conceivably be one, given that he dissented in Hicks. But it is hard to imagine which of the remaining five might be the other.