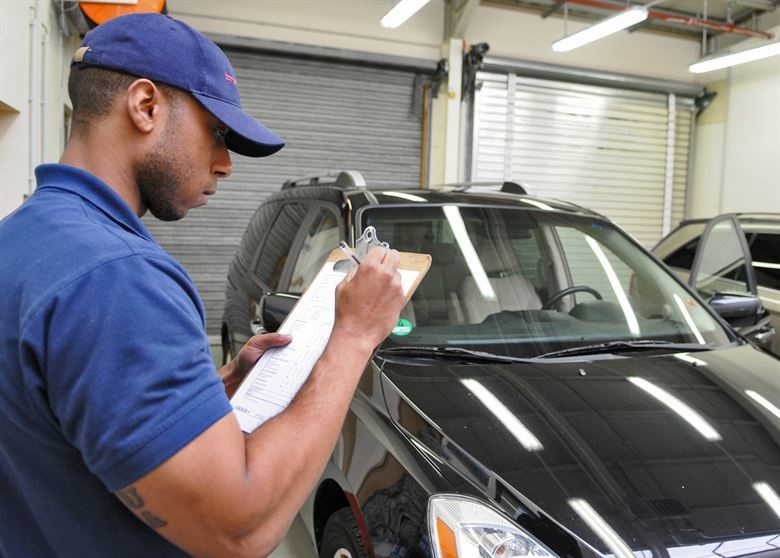 If you had a sense of déjà vu when you saw Encino Motorcars v. Navarro on the January argument calendar, you had good reason: This is the second time up for this case, which considers whether the service advisors at automobile dealerships are exempt from the protections of the Fair Labor Standards Act. On its face, the case presents a simple question of statutory interpretation: whether a person holding one of those jobs falls within an FLSA exemption for any “salesman … primarily engaged in selling or servicing automobiles.” (I follow the odd though common description of the provision as an “exemption” – though it is excluding employees from a protection much more than it is exempting them from a burden.)

If that sounds tediously pedestrian, the background and context of the controversy make the dispute more intriguing. The baseline of the dispute was an early 1960’s provision of the FLSA that exempted all employees at automobile dealerships. Narrowing that provision – bringing some dealership employees under the FLSA – Congress in 1966 replaced the blanket exemption with a more tailored exemption limited to “any salesman, partsman, or mechanic” who is “primarily engaged in selling or servicing automobiles.”

Shortly after Congress adopted the narrowed exemption, the Department of Labor issued a regulation taking the view that service advisors fell outside the exemption – and thus were entitled to overtime protections. When courts uniformly rejected the department’s reading of the statute, the department gave in, conceding that it would not enforce the overtime protections against service advisors.

There the matter stood for more than a generation, until the department in 2011 issued a regulation returning to its original view that the exemption left service advisors protected by the FLSA. Given the decades of contrary practice, immediate litigation to challenge the department’s view was a foregone conclusion. Brought in California, the litigation produced a ruling by the U.S. Court of Appeals for the 9th Circuit in favor of the employees, based on that court’s view that it was obligated to defer to the department’s interpretation of the statute.

Responding to a conflict in the circuits, the Supreme Court granted review in 2016. The first time around, though, the Supreme Court failed to reach the ultimate question. Rather, in a remarkably narrow opinion written by Justice Anthony Kennedy, the court held that the department’s 2011 regulation was entitled to no deference because the department had “offered barely any explanation” for its decision to shift its views. Concluding that the department’s justifications for the new rule “fell short of the agency’s duty to explain” its change in position, the court vacated the decision of the 9th Circuit and remanded the case with instructions for that court to reconsider the matter without affording deference to the department’s rule. On remand, the 9th Circuit panel stuck to its position, holding once again that service advisors are protected under the FLSA, referring to “the reasons stated in [its] earlier opinion (except for those reasons concerning deference to the agency).”

This time around, with the vicissitudes of the department’s position taken off the table, the arguments focus almost entirely on the language of the statute. And those arguments, although presented in detail, are at their heart not complex. The car dealer (petitioner Encino Motorcars, represented by Paul Clement, a former solicitor general now in private practice) focuses on the repeated references in the statute to “selling” and “servicing.” Taking it as a given that the service advisors are “salesmen,” the dealer argues that “it would be nonsensical to suggest that a salesman primarily engaged in the selling of automobile servicing is engaged in neither selling nor servicing automobiles” (their emphasis).

For their part, the employees (a group headed by the named respondent Hector Navarro, whose counsel is James Feldman for the University of Pennsylvania Law School Supreme Court Clinic) join issue directly on the statutory question, offering a close reading of the statute under which it is not at all “nonsensical” to suggest that service advisors are not primarily engaged in selling automobiles and just as easy to reject the idea that they are primarily engaged in servicing automobiles, a labor category that describes the mechanic working on the automobile but not the advisor interacting with the customer.

The excellent briefing is a treat for mavens of statutory interpretation, as the parties offer a sustained debate on what to think about a statute that pairs three nouns in the first part of the sentence (“salesman,” “partsman,” “mechanic”) with two gerunds in the latter part of the sentence (“selling” and “servicing”). The dealer argues for a “distributive” treatment of the sentence – so that the exemption would reach any one of the three types of employees engaged in either of the listed activities. The employees trot out a Latin canon – “reddendo singula singulis,” which means something like “by distributing the individual items to their individual subjects.” According to the employees, the statute is best read to apply to any “salesman selling” an automobile and any “partsman or mechanic servicing an automobile.” Although I’d not heard of the canon before this case, it has a venerable lineage: It appeared in an opinion by Chief Justice John Marshall and was discussed favorably in “Reading Law: The Interpretation of Legal Texts,” by Justice Antonin Scalia and Bryan Garner.

One other notable feature of the case is the dog that didn’t bark in the briefs before the justices: the solicitor general. Last time, in October Term 2015, the federal government filed a strong amicus brief in support of the employees. This time around, the government has chosen not to participate. Technically this does not join the long list of about-faces by the government this term, but the justices surely will notice the lack of continued support by the solicitor general for the department’s view.

As we saw in the two rearguments on the October argument calendar, the justices tend to come well prepared to these repeat-argument performances, so I would expect the questioning next Wednesday to get to the heart of the matter pretty quickly. Given the high quality of the advocates, the argument is likely to shed quite a bit of light on what the justices are thinking.