Argument preview: Who should pay attorneys who win on behalf of prisoners? 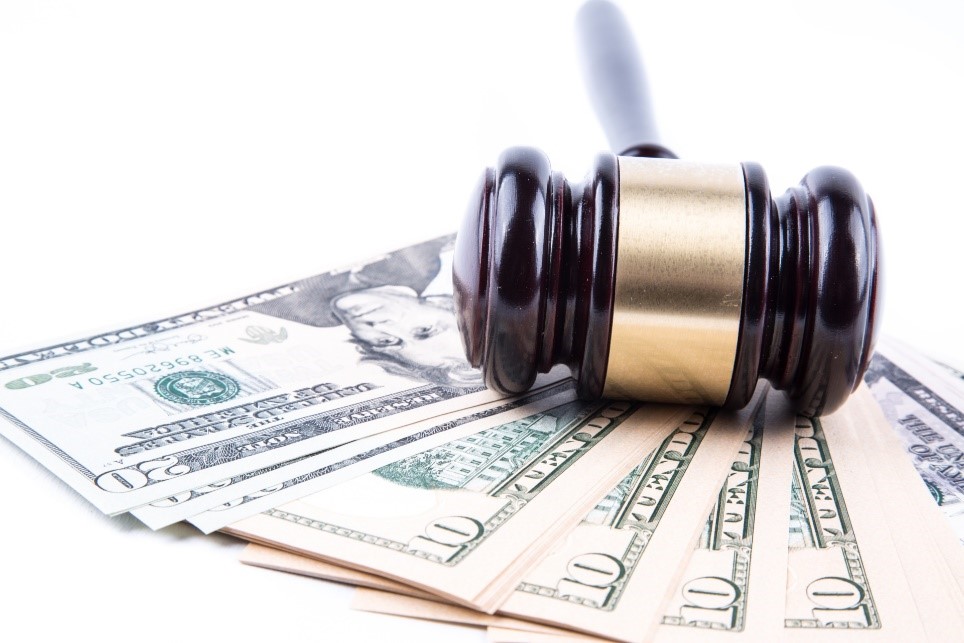 Petitioner Chris Murphy was a prisoner at the Vandalia Correctional Center in Illinois, where respondents Robert Smith and Gregory Fulk were guards. One day in 2011, Murphy noticed some food and water on his assigned seat in the prison cafeteria and reported it to Smith. Smith told Murphy to brush it off, which Murphy refused to do. Things got rapidly worse from there, ending with Smith and Fulk assaulting Murphy while he was handcuffed: The officers crushed part of Murphy’s eye socket and choked him until he lost consciousness, then shoved him (still handcuffed) into a cell, where he fell face-first, hitting his head on a metal toilet. The officers then left him naked in his cell for at least 30 minutes. Finally, a nurse checked on Murphy, and he was sent to hospital for eye surgery. However, his vision never fully recovered.

Murphy hired a lawyer and sued, ultimately winning verdicts at trial against Smith and Fulk, accompanied by damages in the amount of $307,733.82. The district court also awarded attorney’s fees under 42 U.S.C. § 1988(b), which grants courts discretion to award “reasonable” attorney’s fees in federal civil rights cases. The plaintiff’s lawyer sought fees at a rate of $350 per hour for about 612 hours of work on the case. However, the trial judge was bound by the Prison Litigation Reform Act to reduce the rate to 150% of that chargeable by court-appointed counsel. The court also excluded hours worked on claims that ultimately failed. These calculations resulted in a total fee award of $108,446.54.

Whenever a monetary judgment is awarded in [a prisoner’s civil rights suit in which fees are awarded under 42 U.S.C. § 1988], a portion of the judgment (not to exceed 25 percent) shall be applied to satisfy the amount of attorney’s fees awarded against the defendant. If the award of attorney’s fees is not greater than 150 percent of the judgment, the excess shall be paid by the defendant.

Concluding that the first sentence of this provision gave it discretion to decide what percentage of the damages award should be diverted to attorney’s fees (up to a maximum of 25 percent of the award), the court ordered that 10 percent of Murphy’s damages should go toward fees, with the remainder paid by the defendants.

The defendants appealed the division of the fee award to the U.S. Court of Appeals for the 7th Circuit, arguing that the district court was required to direct 25 percent of Murphy’s damages to the fee award. The court of appeals agreed for two reasons. First, in a previous en banc case, that court had stated that the PLRA required as much: “[A]ttorneys’ compensation comes first from the damages,” and a defendant’s obligation to contribute to fees is triggered “only if 25% of the award is inadequate to compensate counsel fully.” Second, the court wrote that it “continue[s] to believe that is the most natural reading of the statutory text. We do not think the state contemplated a discretionary decision by the district court. The statute neither uses discretionary language nor provides any guidance for such discretion.” This outcome left the 7th Circuit in conflict with four other federal courts of appeals, each of which has interpreted the PLRA to permit district courts to select an amount above $0 but not exceeding 25 percent of a prisoner’s damages award to go towards attorney’s fees.

Each side now argues that section 1997e(d)(2)’s plain language supports its desired conclusion. Murphy argues that the mandatory word “shall” modifies only “be applied,” meaning that district courts may not exempt prevailing plaintiffs altogether from paying a portion of their attorneys’ fees from their damages awards. But, he continues, the beginning of Section 1997e(d)(2) is not subject to any mandatory language, and moreover, the phrase “not to exceed” is normally used to suggest a ceiling, not a fixed amount. Additionally, Murphy offers several ways that Congress could have worded Section 1997e(d)(2) more clearly if its intent was to require attorney’s fees to be paid out of prisoners’ damages awards, up to 25 percent of the award.

For the defendants (along with a group of states that filed an amicus brief on the defendants’ behalf), the most important word in Section 1997e(d)(2) seems to be “satisfy,” which they argue means to fulfill an obligation in its entirety. Accordingly, they read the statute as designating successful prisoner civil-rights plaintiffs as the primary source of attorney’s fees, with defendants stepping in only if the entire fee award cannot be satisfied without exceeding the 25-percent cap. The defendants also argue that the second sentence of Section 1997e(d)(2) supports their reading; they reason that the first sentence of that provision establishes the starting point for defendants’ liability for attorney’s fees, and the second sentence establishes the ending point.

In addition to disputing how best to read the text of Section 1997e(d)(2), the parties have different views of the relevant legislative history and the purpose of the PLRA. For example, the defendants argue that each part of Section 1997e(d) is aimed at limiting defendants’ liability for attorney’s fees, and that one of Congress’ major goals in enacting the PLRA was to reduce the costs that governments incurred in defending against prisoner litigation — a goal that is better advanced through their reading of the statute than the plaintiff’s. And they cite a prior version of the language that ultimately became Section 1997e(d)(2), arguing that although Congress tinkered with the statutory language before enactment, its general approach to fee awards was constant. That earlier version included the following sentence: “If the award of attorney’s fees is greater than 25 percent of the judgment, the excess shall be paid by the defendant.”

Murphy argues that the PLRA’s purpose was more nuanced than the defendants’ description suggests. He agrees that it was intended to discourage frivolous or non-meritorious prisoner cases, but adds that it also sought to strengthen (or at least not discourage) meritorious cases. Thus, he reasons that the various fee-related provisions of the PLRA were designed to ensure that lawyers had a stake in the quality of their cases, but not to deter prisoners with strong cases from filing a lawsuit. Further, he argues that his reading of Section 1997e(d)(2) allows district courts to take into account the gravity of a case when deciding how to allocate a fee award — and, as an amicus brief on behalf of the American Civil Liberties Union and other civil rights organizations attests, there are plenty of grave cases that grow out of incidents in which prisoners are tortured or killed. Finally, the plaintiff points out that the draft statutory language on which the defendants rely was not included in the final bill. He maintains that, if anything, that change suggests that Congress ultimately rejected the defendants’ preferred approach.

Finally, there is a more fundamental disagreement between the two sides. For the defendants, the baseline that Section 1997e(d)(2) builds upon is the “American Rule,” under which litigants typically pay their own attorneys, and there is a presumption against fee shifting. They reason that Congress intended to place prisoner plaintiffs in roughly the same position as non-incarcerated tort plaintiffs, with the 25-percent cap on prisoners’ obligation to pay fees out of their damages there to soften the blow. But Murphy reasons that the better comparator is a federal-civil-rights plaintiff who would be eligible for a fee award under 42 U.S.C. § 1988. That plaintiff would not face any reduction in his damages award in order to pay awarded attorney’s fees. Therefore, under his reading of the statute, prisoner plaintiffs are already placed in a worse position than comparable non-incarcerated plaintiffs — just not quite as bad a position as the defendants argue Congress had in mind for prisoner litigants.