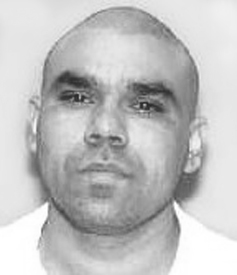 As part of the Criminal Justice Act, Congress has provided in 18 U.S.C. § 3599(f) that federal courts in capital cases involving indigent defendants (including suits for post-conviction relief) should fund “investigative, expert, or other services [that] are reasonably necessary for the representation of the defendant, whether in connection with issues relating to guilt or the sentence.” When the Supreme Court returns to the bench next Monday morning to hear argument in Ayestas v. Davis, it will consider a recurring question in federal habeas cases, especially those raising claims that the prisoner’s trial lawyers provided ineffective assistance of counsel: What, exactly, must habeas counsel demonstrate to show that such services are “reasonably necessary for the representation of the [petitioner]”?

The U.S. Court of Appeals for the 5th Circuit has imposed a high bar in such cases, holding that such funding is “reasonably necessary” only when the petitioner can demonstrate a “substantial need” for the services contemplated by the statute – i.e., “substantiated argument, not speculation, about what the prior counsel did or omitted doing.” The question at the heart of this case is whether that standard puts too high a burden on capital habeas petitioners – requiring them to all-but describe the merits of their ineffective-assistance claims in order to obtain funding to prove those claims. Assuming the Supreme Court has jurisdiction to answer that question (an issue raised by the state of Texas), the answer could have enormous consequences for the ability of indigent death-row inmates to use federal habeas petitions to challenge the effectiveness of their trial lawyers.

The petitioner, Carlos Manuel Ayestas, was convicted and sentenced to death by a Texas state court in 1997 for his role in the 1995 murder of 67-year-old Santiaga Paneque during an apparent robbery. After unsuccessfully appealing his conviction and pursuing state collateral review, Ayestas filed a federal habeas petition in 2009, raising a series of claims – including that, under Wiggins v. Smith, his trial counsel failed to conduct a reasonable mitigation investigation, and therefore violated Ayestas’ Sixth Amendment right to the effective assistance of counsel. Although that claim was initially rejected, it was resurrected when the Supreme Court ruled in Trevino v. Thaler that ineffective assistance of state post-conviction counsel could excuse a federal habeas petitioner’s failure to raise the ineffective assistance of his trial lawyer in the state post-conviction proceeding in states like Texas. In light of Trevino, the Supreme Court granted certiorari, vacated the decision below and remanded the case for further proceedings.

Back in the district court, Ayestas moved (for a second time) for funding under Section 3599(f) to hire a mitigation specialist to investigate his Wiggins claim. That motion described Ayestas’ trial counsel’s modest mitigation investigation, including their failure to consult with any mental health expert, notwithstanding Ayestas’ known history of severe substance abuse and other apparent indicators that Ayestas had mental health issues. The district court denied the motion concomitantly with its denial of Ayestas’ habeas petition on the merits (and its denial of a certificate of appealability). The 5th Circuit denied Ayestas’ application for a certificate of appealability, and affirmed the district court’s denial of his Section 3599(f) motion on the merits, holding that Ayestas could not show how a mitigation investigation would be “reasonably necessary,” because, “in light of the brutality of the crime,” “any evidence of ineffectiveness, even if found, would not support relief.”

As it did in opposing certiorari, the state of Texas leads with the argument that the district court’s denial of funding is an “administrative function and not an exercise of Article III judicial power.” Given that the Supreme Court granted certiorari without asking the parties to address the matter, it’s unlikely that the jurisdictional issue will figure prominently in Monday’s argument, particularly because, as Ayestas points out in his reply brief, it seems to run headlong into a number of settled propositions concerning Article III judicial power.

On the merits, Ayestas’ argument focuses on the claim that the 5th Circuit’s “substantial need” test unduly cabins the scope of what Congress intended to authorize – and interferes with the ability of federal habeas counsel meaningfully to provide the “representation” contemplated by the Criminal Justice Act by imposing an obstacle to the investigation and development of even colorable constitutional claims. An important amicus brief by the American Bar Association echoes this conclusion, stressing that “the Fifth Circuit’s approach will make it extraordinarily difficult or impossible for counsel representing federal habeas petitioners to meet their professional responsibilities and will jeopardize the ability of federal habeas litigation to ensure the integrity, fairness, and reliability of capital convictions and sentences.”

Texas, for its part, saves its defense of the “substantial need” test for last. After arguing against the Supreme Court’s jurisdiction (an argument that, if valid, would also undermine the 5th Circuit’s jurisdiction to rule on the Section 3599(f) motion), the state offers a distinct argument based on the Antiterrorism and Effective Death Penalty Act, and its ban on the admission of new evidence in a federal habeas proceeding that was not presented to a state court. How could a mitigation investigation be “reasonably necessary,” the state argues, if any evidence it uncovered would be inadmissible in support of habeas relief? (Fifteen states, led by Arizona, filed an amicus brief in support of Texas largely endorsing this argument.)

After noting that Texas did not make this argument below (and therefore forfeited it), Ayestas offered two substantive responses in reply: First, even if AEDPA’s bar on new evidence applied, it is still distinctly possible that a proper mitigation investigation would help demonstrate, even based on the existing record, that Ayestas has a valid Wiggins claim. (Such a mitigation investigation might also uncover evidence that falls into the exceptions to AEDPA’s bar on new evidence, and so it would put the cart before the horse to hold that, as a result of AEDPA, the investigation could not be “reasonably necessary.”) Second, how AEDPA’s bar on new evidence applies to ineffective-assistance claims after and under Trevino is an open question, and one that the Supreme Court ought not be the first court to answer.

What all of this suggests is that Monday’s argument is likely to center on the question the justices granted – whether the 5th Circuit’s construction of Section 3599(f) is overly restrictive, or instead properly cabins the ability of state prisoners to use federal habeas petitions to bring substantial, rather than merely non-frivolous, claims that their trial counsel provided ineffective assistance of counsel. Although Ayestas is likely to find significant support on the bench for the problems that the 5th Circuit’s approach poses, the outcome may depend upon whether the justices agree that there is a workable definition of “reasonably necessary” that is more generous than the 5th Circuit’s approach, but that still ensures that, to qualify for funding under Section 3599(f), an ineffective-assistance claim will be more than just not frivolous (as Rule 11 of the Federal Rules of Civil Procedure already requires).